The Long Day is Over 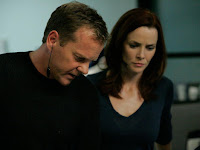 This Monday marks the series finale of one of my favorite shows, 24. 24 ends with its eighth season and although it sometimes feels a little tired, 24 is still the most addictive and entertaining show on broadcast television. I began watching 24 on DVD as an assignment for a course I took called Television: Structure and Function. Our weekly homework assignment was to watch one episode of a series, and we would use the content from that show as an example in relation to the material taught in class. It was only a twelve-week class, yet I zipped though three seasons of the show, all in the name of academics. In fact, let me illustrate how much 24 is like televised crack: One day, I went to Blockbuster to return a disc and to rent the next one. To my horror, another customer had rented that exact DVD! I immediately became anxious as I realized that I would be forced to wait a whole day or two to see what happened next in Jack’s confrontation with longtime baddie Nina Meyers (it was in Season 3). But in a rare case of quick decision making on my part, I immediately walked from Blockbuster to the somewhat nearby Classic Video, opened a membership, and returned to watching 24. I only wish I was such as studious for some of my other courses that year… 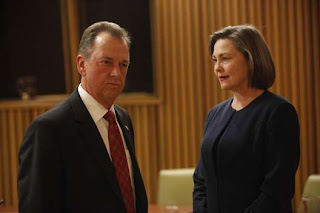 Now having caught up and being forced to make the grueling week-long wait of prime-time television, I must say that Jack Bauer’s eighth day of saving the world is just as engaging and (mostly) unpredictable as it was in its earliest seasons. Day Eight will end with Jack going head to head with longtime baddie, former President Charles Logan (Gregory Itzin), and exposing the once stalwart President Taylor (Cherry Jones), whose once unshakeable sense of idealism, equality, and justice proves how easily such qualities can be manipulated by personal ambition. 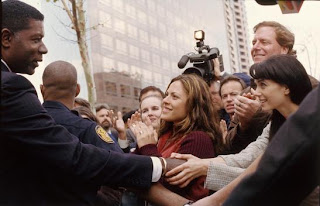 Over the past eight seasons, 24 has maintained its success by keeping the pulse of American culture. 24’s first season was delayed due to the terrorist attacks of September 11th, and it has always kept the discourse of terrorism and freedom in American as its central debate. Moreover, the use of Jack Bauer as both devoted patriot and father often exploits the anxieties of terrorism as pervasive to the American family for dramatic effect. As a result, 24 is frequently criticized for advocating a Right-Wing agenda on issues of terrorism and national security. 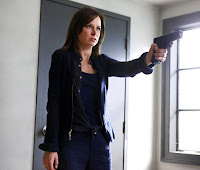 These fears are somewhat misguided: Although 24 has an unabashedly nationalist agenda and airs on the conservative FOX network, it often makes the tension between national security and human right highly debatable due to the extremes to which Jack will go to protect America. For example, numerous episodes depict Jack gaining information from suspects through torture. These actions are usually matched with scenes of Americans (both politicians and ordinary citizens) arguing that the use of coercive measures undermines the pursuit of peace. In fact, the later seasons of 24 have been particularly effective in doing so through the integrity of President Taylor, which contrasts the ‘whatever it takes to get the job done’ methodology of the otherwise noble David Palmer during the earlier seasons. Regardless of entertainment value or emotionality, 24 forces viewers to ask themselves if the infringement on the personal lives of a few civilians can be justified as a means of protecting the nation. 24 presents terror as a communal problem and engages with the viewer towards a sense of preserving the nation. 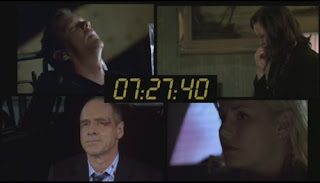 In addition to being a timely view of American life, 24 gained much of its success through how conscious it was of time. The show’s ‘real-time’ concept and split-screen effect kept episodes extremely dynamic. The real-time concept greatly added to the flow of the show as well, since episodes always ended with a cliffhanger. Many people who aren’t fans of 24 often use the real-time concept to deride the show, pointing out that viewers never see Jack Bauer take a bathroom break when he’s pursuing the baddies. Conversely, the real-time just calls for a suspension of disbelief, which is crucial to enjoying 24 and true fans just assume that characters simply relieve themselves or eat during the time gaps created by the commercial breaks. (And really, how many episodes of CSI: Miami feature Horatio saying ‘The question is, can I pee first?’) The real-time aspect of the show may have prevented new viewers from tuning in to a random episode and being able to appreciate the show; however, the constant emphasis on time injected a rush of adrenaline into each episode because characters would frequently tease viewers’ expectations by stating the timeframe in which the actions/plot twists would occur.
After last week’s altercation between Jack and Charles Logan, my nerves are still going and I can’t wait to see how it all goes down. Before Jack can take his much needed pee break, let’s look at some of the characters and moments that defined 24 (note: spoilers ahead!).
Day 1, Episode 24: The final episode of Day 1 ended with Jack’s discovery that his wife, Teri, was killed by Nina Meyers before she escaped CTU. Teri’s death is just one example of how the creators of 24 always made the show unpredictable by unexpectedly killing off important characters. Characters were often disposed of as soon as their storylines began to wear thin, and their deaths usually allowed the action to go into a new direction.

The return of Nina Meyers: In Day 2, Nina made a surprise return and quickly became the defining villain of 24. Day 2 saw Meyers strike a plea bargain with President Palmer that would grant immunity in her future murder of Jack Bauer. Nina appeared again and had some memorable moments in Day 3, particularly when she escaped from a CTU operating room by ramming her neck into a syringe and then taking out the surgical team with a scalpel. 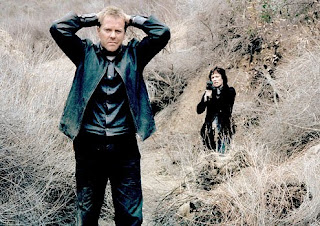 Jack Bauer dies: Day 2 also featured an episode that ended with Jack flat-lining after an excruciating torture sequence. Needless to say, Jack came back from the dead moments later and shot all the bad guys to hell, thus defining himself as the new Chuck Norris of TV. 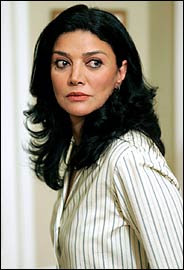 Day 4 – Dina Araz: During 24’s fourth season, many people criticized the use of Middle Eastern immigrants as villains. However, the show also proved that it was capable of looking beyond stereotypes to build its characters. As Dina Araz, Shohreh Aghdashloo made one of the most compelling characters on 24: some episodes depicted her going to extreme lengths to enable her family’s fundamentalist goals, but she ultimately redeemed herself in the end. Furthermore, her refusal to denounce her beliefs also avoided the show from making the fatal mistake of portraying her as a ‘credit to her race’.

Day 5, Episode 1: In what is probably one of the best season premieres ever, Day 5 opened with the assassination of David Palmer and several key operatives of CTU. This episode also solidified the truce between Jack and socially inept CTU analyst Chloe O’Brien. 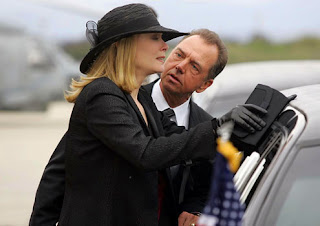 Charles Logan: In the early hours of Day 5, Gregory Itzin’s Charles Logan seemed like a spineless and weak President of the Untied States. His relationship with his wife, Martha Logan (Jean Smart), was also as dysfunctional and entertaining as that of David and Sherry Palmer. The final episodes of Day 5 revealed that Logan himself had orchestrated the terrorist acts to further his own goals, and once Logan was exposed for his crimes, Jack had his best rival since Nina Meyers. 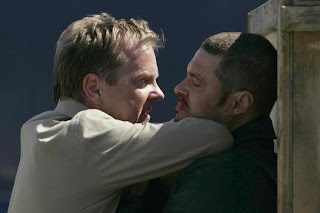 Tony rises from the dead: 24 showed its first major signs of wear in the season opener of Day 7. Day 7 began with Jack discovering that former CTU chief Tony Almeida was actually alive (he was one of the agents killed in Day 5). To worsen matters, the writers tried to explain Tony’s return through an elaborate back-story in which he faked his death. Instead of making him out to be more believable as the villain, especially since he had previously been one of those ‘unwaveringly good’ characters, Tony’s return bogged 24 down into soap opera farce. 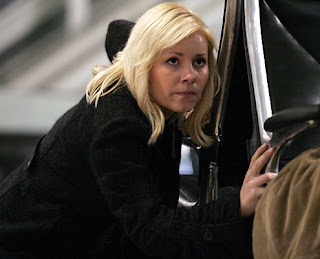 And last but certainly not least - Kim gets kidnapped: In Day 1, Kim (Elisha Cuthbert) was kidnapped no less than three times. In subsequent seasons, she was jailed, abducted, and put in an assortment of dodgy situations. Although it proved tiresome more than once, the novelty of the many ‘Kim in peril’ scenarios highlights what makes 24 such a guilty pleasure: the show is just so absurd and over-the-top that it can pretty much throw anything at you and you simply accept it as part of the entertainment. It’s been a few seasons since Kim was last a victim, and it would provide a fittingly guilty pleasure if the series wrapped up with a violent finale in which Jack frees Kim from the capture of Charles Logan.
The clock is ticking for 24, but the show will reportedly return as a feature length film. In the meantime, I need to find something else to fill the void of my Monday nights…