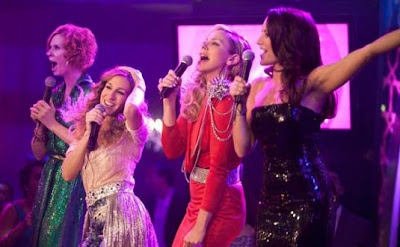 When "Sex and the City" aired on TV, I never watched the show and dismissed it as mindless girly fluff. When my brother and sister began watching the show regularly on DVD, I watched the occasional episode and was pleasantly surprised by how smartly “Sex and the City” looked at love and relationships. While I still haven't watched the series in its entirety, I must admit that my early assumptions about the show were way off the mark. So, when the first Sex and the City movie premiered in 2008, I was keen to see it and had my brother/friends fill me in on what happened in the show's final season. I really liked the first movie, although the ending basically undid everything that I thought the film did best: one of my problems with the series was that although it dealt with friendship, work, and family, I felt that it often advocated that one needs to be in a romantic relationship in order to truly be happy. Throughout the first film, I really liked how it depicted the four women coming into their own independently or as friends, but when Carrie (Sarah Jessica Parker) got back with Big at the end, I felt duped. Despite my quibbles about the ending, the first film did justice to what I thought of the show: it was far more substantial than the average chick-flick. 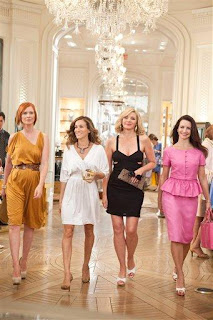 Sex and the City 2, however, is mostly another fun-but-forgettable sequel that fails to live up to the standards set by its predecessor. The film begins with Carrie and co. attending their friends’ "gay wedding" (it's operatically gay), and thus opens with a moderately intelligent way of exploring marriage in its contemporary term. Carrie's confidence in her marriage to Big (Chris Noth), who now is only referred to by his real name, John, is put to the test when another party guest questions the couple's choice to go childless. Carrie's other friends, Charlotte (Kristin Davis) and Miranda (Cynthia Nixon), are also in a state of marital flux. Charlotte fears that her husband may be cheating with their amply bosomed nanny, while workaholic Miranda finds herself as 'just a mother' after she quits her job because her sexist boss repeatedly undervalues her role in their law firm. Samantha (a scene-stealing Kim Cattral) is also in crisis mode as she struggles to rewind her biological clock with a gargantuan amount of pills and hormones. 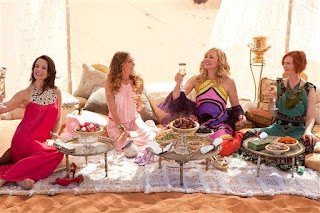 The girls gleefully escape their marital woes when a client treats Samantha to a weeklong stay in Abu Dhabi. Despite their departure from the Big City, the four never get a reprieve from their fears. Carrie runs into her old flame, Aiden (John Corbett), and starts to miss her days of being wild; Samantha's pills are confiscated at the airport and she battles a dull libido and hot flashes; Charlotte calls her husband 24/7 and also feels guilty about enjoying time away from their girls; Miranda, however, seems pretty fine and enjoys acting as the resident trip-planner and shoulder-to-cry-on. The trip to theMiddle East also provides the four friends with a different perspective on their lifestyles, for they all come to enjoy the freedom they have in the States and realize that their personal problems are relatively minor. The portrayal of Middle Eastern culture in Sex and the City 2 is probably the film's weakest point - not only is it politically incorrect and wildly problematic, it also distances the film from the intelligent humor of the series and thus makes the film very uneven because many embarrassing jokes are thrown in and undermine the witty ones. That being said, some of the situations lampooning Middle Eastern culture are so exaggerated and so preposterous that they are as much a critique of the four American girls themselves. 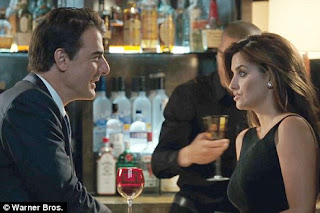 Despite its flawed portrayal of the Middle East, an unnecessarily long running time, and some humor that's a level below the source material, Sex and the City 2 is funny enough to warrant a passing grade. The four actresses also work extremely well together, and their chemistry itself is the film's redeeming quality. (There are also fun cameos by Liza Minelli, Miley Cyrus, and Penélope Cruz.) Although I don't think it will damage the "Sex and the City" legacy, Sex and the City 2 should hardly serve as a stand-alone product to judge the series.