Review: Year of the Carnivore ★★★★ 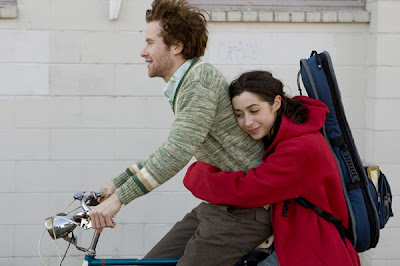 Sex in a Canadian film? And it isn’t Quebecois? How’d that happen?

No, I’m not talking about David Cronenberg’s Crash or Atom Egoyan’s Chloe. Rather, there’s a brave new filmmaker on the Canadian film scene: Sook-Yin Lee, the CBC Radio host and former Much Music VJ. Year of the Carnivore isn’t Lee’s first foray into film, but it is her feature debut. Lee previously contributed to the 2008 anthology film Toronto Stories, in which her segment, “The Brazilian”, was really the only part of the film that was worth seeing.

Lee is probably most famous for her performance in John Cameron Mitchell’s sexually charged film Shortbus (which I’ll admit, I still haven’t seen). As she did in “The Brazilian”, which, you may guess, was about a girl working herself up the courage to get a Brazilian wax, Lee delivers a frank and humorous look at sexuality in Year of the Carnivore. 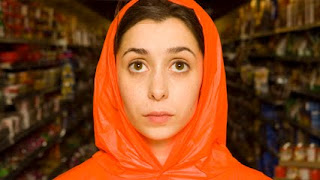 The film depicts the sexual awakening of Sammy, played by Cristin Milioti. Sammy works as an undercover security guard in a crappy grocery store. Sammy also has a bit of a crush on Eugene (Rendall), the guitar player who busks outside the supermarket. Eugene and Sammy strike up a friendship that finds its way into the bedroom a little sooner than Sammy expects.


During their first time in bed, Sammy is extremely awkward and giggly – any move Eugene makes on her feels too ticklish and she can’t control herself. Put off by her inexperience, Eugene tells Sammy it’s off until she has learned a thing or two.
Eugene’s rejection spurns Sammy’s already low self-esteem, but she realizes that like a sexually frustrated teenager, she’s going to have to take matters into her own hands. Sammy embarks on a misguided odyssey into sexuality that begins by spying on her neighbor’s intimate moments and it develops by taking a somewhat more involved approach.

With the help of a sexy co-worker (Ali Liebert) and her wise old friend Miss Nakamura (Linda Uyehara Hoffman), Sammy learns that there is a lot more to sex than just doing it. Miss Nakamura teaches Sammy to gain confidence by improving her image and embracing her carnal instincts. Unfortunately, Sammy goes a little too far in her quest for knowledge and ends up becoming more of a nymphomaniac than an experienced woman. 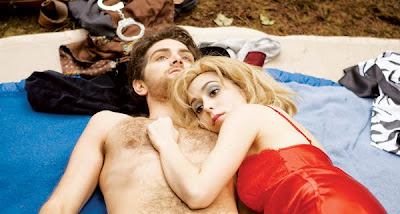 As Sammy, Cristin Milioti brings an endearing innocence and awkwardness, but she also pulls off Sammy’s growth into a femme fatale-type character with such irreverence and bravery that it’s hard to believe this is her first major role (she previously had a small part as Johnny Sack’s daughter on The Sopranos). Additionally, Sook-Yin Lee approaches Sammy’s awakening with both freshness and honesty. Her idiosyncratic way of exploring the natural awkwardness of sex makes Year of the Carnivore something of quirky hybrid of Miranda July’s Me, and You, and Everyone We Know and Lars Von Trier’s Breaking the Waves. There are a few kinks in the kinky hijinks, but Lee’s bold approach to the material makes Year of the Carnivore time well spent. Furthermore, Sook-Yin Lee’s assured transition from short to feature length film displays a natural talent behind the camera, and a welcome new voice in Canadian film.

Year of the Carnivore is currently playing in Toronto and it opens at the Bytowne in Ottawa on July 2nd.