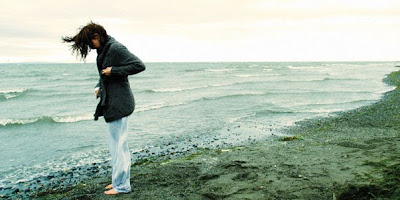 In my first post, I did a brief recap on my picks for the best movies of the year so far. Although I wouldn't necessarily put this film itself on the list of the year's "best", one title continues to stick in my mind: Helen, a little hidden gem starring Ashley Judd. Helen played at the World Exchange Centre for a whopping week-long run back in February. Although it had a decent turnout at the screening I attended, this brief appearance seems typical of the film’s distribution. It opened in New York this month before making its way to DVD. Yes, that's correct - a movie played in Ottawa before New York!
In Helen, Ashley Judd plays the title character, who is a mother and a music professor at the local college. Shortly after Helen’s husband and daughter throw her a surprise birthday party, Helen slips into a deep state of depression. Whether it is growing old or a dissatisfaction with her job that bothers her, we aren’t told. Rather, we are forced to ponder Helen’s mental angst as she slowly withdraws from her life and loses the ability to find solace in former pleasures. 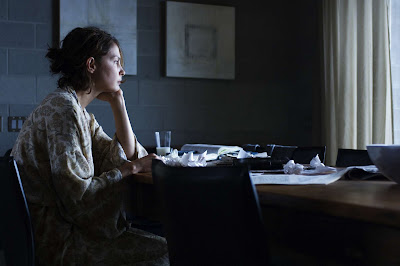 As Helen, Ashley Judd gives perhaps the best performance of her career. She invests an astonishing degree of physical pain into her character. At the same time, she carefully displays how Helen’s despair slowly erodes any sense of purpose or joy from her life. Judd’s fearless work in this film is but part of a trio of criminally underseen films of the past few years. Her performances in 2007’s paranoia thriller Bug and in Joey Lauren Adams’s directorial debut Come Early Morning are wildly different from the crime thrillers of her early career. Moreover, in each of these three films, Judd proved that she is one of the more talented actresses working today. It's a shame only a small audience has been privy to witness.
Primarily through the strength of Judd’s performance, Helen succeeds in being one of the better portrayals of mental illness on film. The film demonstrates a deep understanding of the difficulty of treating depression, and Helen’s relationship with a fellow patient, played by Canadian actress Lauren Lee Smith, shows the tragic consequences of allowing the illness to go untreated. Judd’s devastating performance is complemented by the dark photography of the film, and as a result, the melancholy within Helen is infectious. Watching the film is a difficult and emotionally draining experience; but, thanks to Judd, it's well worth the effort.

Helen's also worth checking out for being a Canadian-German co-production, directed by Sandra Nettlebeck (Mostly Martha). This Vancouver-shot drama premieres on DVD on Tuesday July 27th at Rogersvideo, Blockbuster, and HMV. Amazon.ca notes the release date for Helen as August 10th, so the film may not be readily available at all retailers.