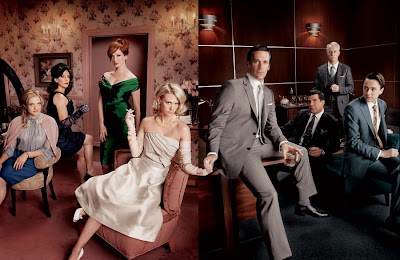 The nominations for the 62nd Emmy Awards were announced today. Although there were a few of the usual oddities, Emmy did good: "Mad Men" leads the Dramatic Series field with 17 nominations. Included with the nom for Outstanding Drama Series are lead acting nods for Jon Hamm and January Jones. Nominated in the supporting categories are John Slattery, Elisabeth Moss, and Christina Hendricks, whose sultry scene 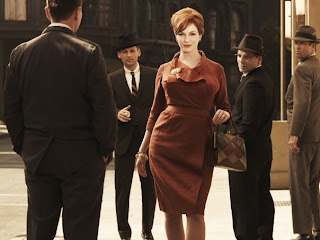 stealing Joan is my favorite nominee from this morning's announcement. Robert Morse is also nommed as a guest actor, although he doesn't stand a chance against Gregory Itzin, who pretty much has it in the bag for his work on "24". "Mad Men" also scored two writing nods and one for Best Director (Lesli Linka Glatter for the episode "Guy Walks Into an Advertising Agency"). 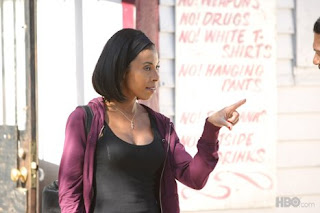 Unfortunately, Emmy's also a little mad for the cold should it gave "Treme". This doesn't come as much of a surprise, since "The Wire" only landed two nominations during its entire run. "Treme" earned well deserved mentions for Best Director (Agnieszka Holland for the Pilot) and for Steve Earle's song "This City", which was featured in the end credits of the finale. Notably absent were many deserving cast members such as Kandhi Alexander, Melissa Leo, John Goodman and Clark Peters, although I can't really complain since my votes would have gone to "Mad Men", too.

And props to the cast of "Damages" and Edie Falco for her nom for "Nurse Jackie"!