Adaptation Series 1.3: The Girl Who Played With Fire 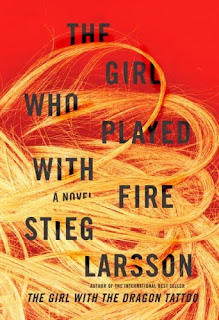 Note: Since this article discusses the second entry of the Millennium trilogy, it lightly refers to events that occurred in the previous installment.


Stieg Larsson's The Girl Who Played With Fire is, in my opinion, a rare case of a sequel that equals if not exceeds the standards set by its predecessor. Whereas The Girl With the Dragon Tattoo mostly centered on journalist Mikael Blomkvist as its protagonist, Fire shifts its focus to Lisbeth Salander and is much stronger for it. Lisbeth made such a strong impression in Tattoo, both as the mysterious heroine of Larsson's prose and in the beguiling performance by Noomi Rapace, and in Fire, she's twice as compelling.
The Girl Who Played With Fire revives the conflict between Lisbeth and her abusive legal guardian Nils Bjurman. Their last encounter saw Lisbeth turn Bjurman’s sadistic habits back on him and branding him as a rapist. In Fire, Bjurman wants revenge on Lisbeth and enlists some shady characters to help track her down. 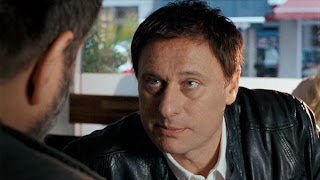 The second installment also continues the efforts of Mikael Blomkvist, who is now back working at Millennium full time. Mikael’s latest scoop is a story/book deal from a journalist, Dag, and his girlfriend, Mia, who are exposing Sweden’s sex-trafficking crimes, as well as many top officials who neglect their responsibilities to enjoy the exploitative services.
Mikael and Lisbeth cross paths once again when Dag and Mia are brutally murdered. Evidence at the scene connects Lisbeth to the murders and she is soon the prime suspect in a nationwide manhunt. Mikael, however, doubts Lisbeth’s guilt because he remembers the strong moral centre that she displayed while helping him solve the Harriet Vanger mystery in The Girl With the Dragon Tattoo; however, he also remembers the steely violent streak that Lisbeth exhibited when she saved his life. Mikael thus begins his own investigation when the police refuse to believe that Lisbeth’s character differs from that of the profile of the Social Services records. 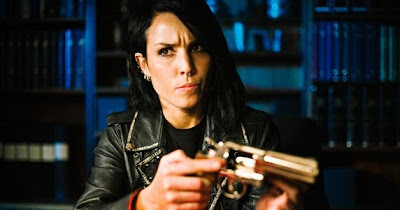 Much of The Girl Who Played With Fire is fueled by the ambiguity of Lisbeth’s past. Like Tattoo, Fire opens with a prologue that foreshadows the events to come. However, the opening sequence of Fire is much more than exposition. It’s a startling and hypnotic sequence that offers some back-story of the trauma that made Lisbeth such a troubled character. The events reappear throughout the novel and build towards a clear explanation, so The Girl Who Played With Fire has a strong underlying conflict that was somewhat absent from The Girl With the Dragon Tattoo. Additionally, Larsson develops his portrayal of Lisbeth as both a victim and an aggressor. Fire explores how Lisbeth was failed by the Swedish social system that sought to protect her since her teenage years, but it also furthers Lisbeth’s sense of vigilante justice against men who hate women. What makes Lisbeth such a fascinating character in Fire is how well she embodies the roles of both prey and predator. 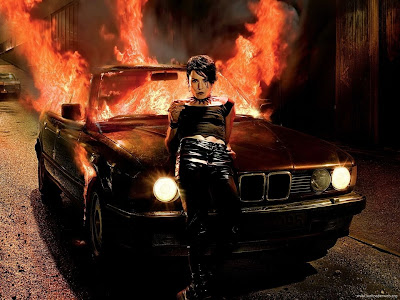 The description of Lisbeth is far more intense than any of the other characters. Furthermore, Larsson connotes a playful quality to Lisbeth that was underdeveloped in the first novel. Each time Larsson describes the idiosyncratic lopsided smile that creeps onto Lisbeth’s face, his infectious fondness for her seeps onto the page. The Girl Who Played With Fire succeeds primarily due to the strong affection the Larsson shows for his tormented heroine.

Unfortunately, early reviews from the film indicate that the second cinematic effort of the trilogy falls short. Admittedly, there are several aspects of The Girl Who Played With Fire that leave room for improvement. Like The Girl With the Dragon Tattoo, Fire is unrelentingly slow: the entire first act is fairly expendable. Although it greatly assists in the development of Lisbeth’s character, Part I does little to drive the plot, aside from introducing a mathematical equation that is otherwise abandoned until the very end. Moreover, much of this section continues Lisbeth’s successful embezzlement of billions of Kronor from Wennerström at the end of The Girl With the Dragon Tattoo, which isn’t really featured in the movie. The ending of the previous film complicates some of the material from the second novel, as roughly two-hundred pages or so from The Girl With the Dragon Tattoo were lopped off from the movie, and much of that content plays a role in Lisbeth and Mikael’s silence during the murder investigation. The Girl Who Played With Fire is also hampered by a most preposterous ending. Although the finale is quite a cliffhanger, Lisbeth’s investigation ends in a ludicrous bloodbath that voids the tale of plausibility. 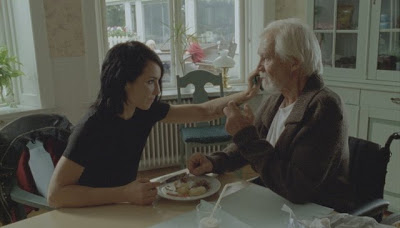 Nonetheless, The Girl Who Played With Fire is far more substantive and readable than general “popular” fiction by the likes of John Grisham. At the very least, the return of the superb Noomi Rapace should delight fans. Michael Nyqvist also returns as Mikael Blomkvist. New to the Millennium series is director Daniel Alfredson – and no, it’s not the hockey player. Alfredson has few credits to his resume, but he also made the third film, The Girl Who Kicked the Hornet’s Nest, as well as the Swedish TV miniseries, so one can assume that he does justice to Larsson’s enigmatic heroine and leaves moviegoers anticipating Hornet’s Nest just as eagerly as the novel.
The Girl Who Played With Fire opens July 9, 2010.
The Girl With the Dragon Tattoo is now available on DVD.
(Note: both films are playing back to back at The Bytowne on July 10th and 11th, for anyone who has yet to meet the girl with the dragon tattoo.)