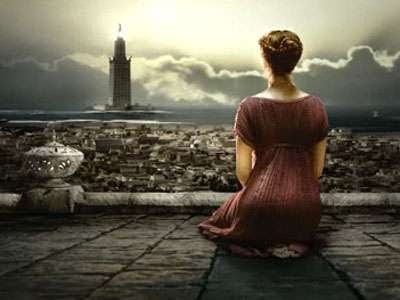 It is 391 A.D. in Alexandria, Egypt. The great city is at a turning point of faith and the elite Pagan philosophers are quickly becoming a minority. At the centre of this ideological war is Hypatia (Rachel Weisz), who, in addition to being outspoken and freethinking, threatens Christian authority by virtue of being a woman. Before Agora sounds too lofty, it is important to note that this Alexandria is one of those cinematically exotic cities in which everyone has a British accent and six-pack abs. 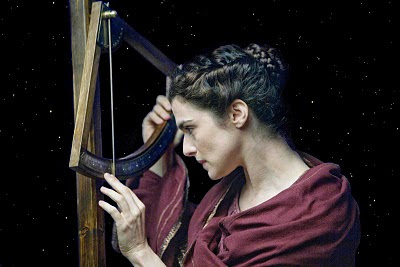 Despite the accent and her well-toned physique, Weisz’s strong Hypatia saves Agora. The script by Alejandro Amenábar and Mateo Gil offers Hypatia many scenes in which she lectures to the students about her quest to understand the cosmological forces that govern the Earth. Amenábar and Gil succeed in creating a tragic portrait of the philosopher that strongly articulates her contribution to field of knowledge. Likewise, Weisz’s performance has the brilliance to match. Particularly in the scenes depicting Hypatia’s spontaneous research and magical methodology, the actress infuses her character with such uncorrupted enthusiasm that she effortlessly captures the spirit of a genuine scholar. Weisz’s effervescent Hypatia makes Agora worth seeing. 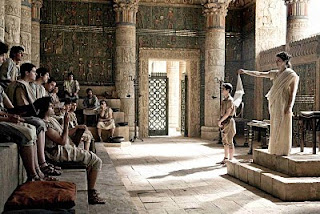 Unfortunately,Weisz’s Hypatia finds herself in a film with a far weaker ability to focus than she. Agora introduces too many epistemological conundrums and is frequently incoherent. Much of Agora examines a violent struggle that emerged as Christians forced themselves into power over the Jews and the Pagans, and the portrayal of the Christian fundamentalists is too brutal and heavy-handed to compete with Hypatia’s captivating ingenuity. 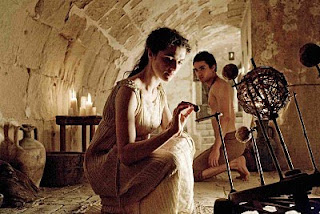 The sprawling thought-web doesn’t completely sink Agora, though. The clash of wits between the Christians et al gains some legitimacy through Hypathia’s open-mindedness in her quest to reconcile the imperfections of competing theories. The religious subtext adds some romantic tension to the film as well, as Hypatia’s two admirers are both Christians. Her slave, Davus (Max Minghella), has an unrequited attraction to his master, but his lower status and resultant inability to woo her ultimately lead him to seek spiritual guidance from Theopilus (Sami Samir), a Christian who preaches and walks on fire in the town square. Additionally, Hypatia is desired by Orestes (Oscar Isaac), one of her students. Hypatia does not share the feelings, but the two remain friends; however, their relationship is complicated when Orestes accepts Christ in order to gain political mobility, while Hypatia refuses to sell out her conviction to question the universe. Unfortunately, much like the religious storyline, the romantic interests fail to equal Weisz’s Hypatia. Minghella over-expresses himself to a nauseating degree; conversely, Isaac’s Orestes is just as bland as his King John in Robin Hood. Even so, this is very much Hypatia’s story and the lesser qualities can be forgiven because Weisz does her tale justice

Hypatia’s musings are complemented by an intriguing motif of circularity throughout Agora. Although it often falters narratively, the film is an achievement stylistically thanks to first-rate cinematography and production efforts. Much like his heroine, director Alejandro Amenábar creates a film that is pretty and engages us with complex and fascinating ideas.
Posted by Pat Mullen at 7/07/2010 07:27:00 PM