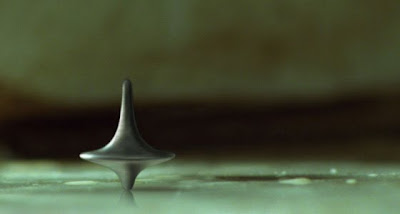 Every frame of Inception is a cinematic triumph. Unlike the previously reviewed Mr. Nobody, which was a leaky think-tank of an excuse for decent sci-fi, Inception offers some really big ideas and  runs with them ingeniously. It also pulls out some big guns, adding up for a mind-blowing thriller.

It should come as no surprise that Inception is the brainchild of director Christopher Nolan, as the film combines the spectacle of The Dark Knight with the existentialist conundrums of his earlier Memento. What makes Inception such a marvel is that it is unprecedented in the scope of both its ideas and its production. A much tighter film than The Dark Knight and exponentially more astonishing than Memento, Inception is truly in a league of its own. 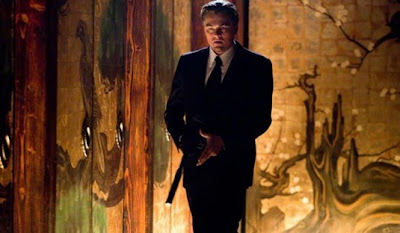 Leonardo Dicaprio stars as Cobb, self-described as the best ‘extractor’ in the business – an extractor being a hyper-skilled thief with the ability to steal ideas from other people by inserting himself into their dreams. (His ability to manipulate the subconscious makes him kind of like the Tilda Swinton character from Vanilla Sky, except he’s packin’ heat.) Cobb attempts an extraction from a wealthy Japanese tycoon named Saito, played by Ken Watanabe. When Cobb’s mission goes awry, Saito offers to hire him for a more difficult task: inception, which requires Cobb to implant a new idea into an unsuspecting dreamer (Cillian Murphy) and ensure that this idea feels like an organic creation of the dreamer’s own mind. 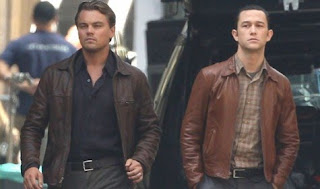 Although Cobb and his partner, Arthur (Gordon-Levitt), are reluctant to accept Saito’s offer, Cobb takes on the challenge once Saito’s reward becomes too big to refuse. Cobb and Arthur then enlist a dream-team Ocean’s Eleven style, the most important member being its newest – a young student named Ariadne (Ellen Page) whom Cobb proposes to be the architect of the dream world for their mission.

As Cobb begins to train Ariadne to develop her skills, she realizes that he may actually be a liability to the mission. Both in the dream world and in reality, Cobb is haunted by the death of his wife Mal (Marion Cotillard). As a result, Mal frequently penetrates Cobb’s subconscious and her emotional hold over him manipulates his skills to a volatile degree. Mal’s hot-blooded unpredictability adds a conflicted edge to Cobb: although Cobb wants to keep her alive in the dream world, she paralyses him at the most crucial moments. 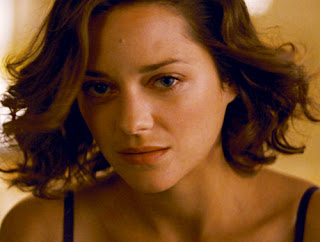 With DiCaprio in the lead, Inception excels from the strength of its actors. DiCaprio offers another multifaceted and mature performance that, when coupled with his work in Shutter Island, will surely make him one of the actors talked about later on this year. Page offers another charmingly enthusiastic performance, while Gordon-Levitt combines his hipster-edge from (500) Days of Summer with a resolute confidence. Both actors really up their street cred with Inception. As Mal, Marion Cotillard is a most beguiling presence: she makes Mal so sympathetic and wounded in the very scenes in which she serves as the film’s femme fatale. Mal also happens to be the most complexly written character in the film, and coupled with Cotillard’s disarming talent, her mercurial presence turns Cobb’s world into a hellish nightmare each time she interrupts the mission. The rest of the cast (including Murphy, Watanabe, Tom Hardy, and Michael Caine) is just about as big a powerhouse an ensemble can be.
Matching the supreme acting caliber of Inception is Nolan’s orchestration of the film. The technical work is of the highest quality, from the steely cinematography to the pulse-pounding score. The highlight of Nolan’s efforts is the last act of the film, in which several layers of the dreams are expertly crafted together and build to a spectacular climax. At one point, Gordon-Levitt’s Arthur is tasked with defeating a trio of armed goons as he tries to save his team from being trapped in the dream. The entire sequence occurs within a suspension of gravity: the difficulty of the scene is dumbfounding, which makes it all the more breathtaking to watch.

More exhilarating than the elaborate action sequences is the task of unpacking the labyrinthine dream world itself. Although it is an extremely dense film, Inception does not defy comprehension. The early scenes lay out all of the details necessary to suspend one’s belief into the reality of Inception. That said, it would be pointless to even bother watching the film if you’re running late for the screening. Likewise, Inception is immensely rewarding in its attention to detail, so the film is best approached with an alert mind. As a result, the payoff from keeping up with the depth of the film is extremely rich. Despite the wealth of ideas on display, what’s most mind-boggling about Inception is the fact that Nolan was able to conceive of such a complex film and then realize it so flawlessly.
Posted by Pat Mullen at 7/16/2010 04:08:00 PM