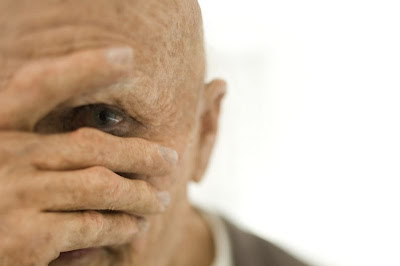 Mr. Nobody happens to be the final film I saw at TIFF last year. What a mistake that was. Mr. Nobody is an overlong exercise in pretension, and the only thing that enraged me more than the sheer idiocy of the film was the fact that as soon as the credits began to roll, the audience stood up and cheered. I’m sure they were just being polite. Or, like me, they were relieved it was finally over.

Jared Leto stars as Nemo Nobody. Nemo is 118 years old (though he thinks he’s in his thirties) and the year is 2092. Nemo happens to be the oldest man on Earth. Moreover, he is the oldest mortal man on Earth. All of humankind has become immortal, and as the last sample of a species on the brink of extinction, Mr. Nobody is a hot topic for researchers and tabloid journalists.

One such muckraker sneaks into Nemo’s hospital room for an exclusive story of Nemo’s life. However, this exclusive turns out to be rather elusive as Nemo’s narrative is fraught with contradictions and inconsistencies. Or is it? 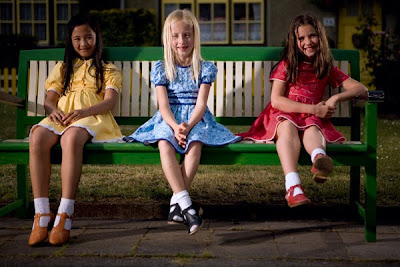 Nemo offers three different lives, each of which changes into a permutation of destinies according to various choices and consequences resulting from the many vicissitudes of life. Nemo claims to have three wives (or six, or nine depending on how one reads the film): Elise (Sarah Polley), Anna (Diane Kruger), and Jean (Linh Dan Pham). Nemo describes Anna as his true love; but, life goes many unexpected ways and his marital status changes depending on what happened, what he wished had happened, and what could have been.

Mr. Nobody is essentially a filmed version of one of those “choose your own adventure” stories you read as a kid. Unfortunately, watching Mr. Nobody is like reading one of those books with someone who flips ahead to see the

consequences of their choices and then reverts to an earlier choice to change things if they don’t like the new twist, and so on and so on. The film becomes infuriatingly repetitive as it hammers in the randomness and unpredictability of life. As a result, Mr. Nobody ends up feeling like six, nine, or twelve bad films instead of one big stinker.
Even worse is the film’s sophist air as it goes about suggesting that it’s the first film to sermonize that life is hard and beyond our control. Throughout the film, Leto’s Nemo appears in a series of hokey PowerPoint/lecture scenes in which he lays out all of the thematic issues in case you missed the “subtle” references to them within the preceding scenes. For example, at one point in the film, Nemo’s life resembles a state of complete disorder, as if to suggest that the nature of life thrives on chaos. In a related scene, Nemo whines a little and whatnot while he is in a classroom with the word ENTROPY written in big block letters on the chalkboard. If you didn’t realize that Van Dormael was trying to suggest that Nemo’s life exemplifies the “the degree of disorder in a system” or represents “the ultimate state of uniformity” (thanks Webster’s!), not to worry: Nemo quickly putzes onscreen and gives a nauseating little crash course on the entropic cruelty that is life. 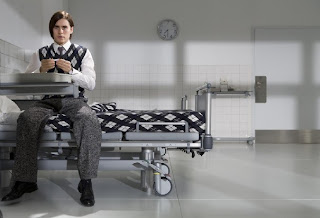 Despite all of its philosophical mumbo-jumbo, Mr. Nobody is more likely to rot one’s brain than six or nine consecutive screenings of MacGruber. The film gets a few brownie points for its spectacular visual construction of the future and for the impressive aging effects on Leto et al. Most fatally, however, the film is like its main character: it takes so long to die!
This overcooked turkey* is easily one of this year’s worst. It opens in Toronto this weekend. With any luck, Ottawa theatre programmers will avoid it like the plague.
* Just for you, Rachael!