Two films to see on DVD


Any moviegoer who, like me, is still basking in the afterglow of I am Love has reason to celebrate: A second serving of Tilda Swinton is on its way! Orlando (1993) is getting a second life on DVD. Directed by Sally Potter (Yes), Orlando is a small movie that made a big splash on the art-house circuit, mostly due to the delightfully enigmatic performance of Tilda Swinton in the title role.

Based on the biography by Virginia Woolf, Orlando is the story of an untamed nobleman who was quite popular with the ladies in Elizabethan England. In admiration of Orlando’s lust for life, the Queen commands him to forever retain his youth. Orlando thus becomes a timeless story that transports the viewer in a mesmerizing study of politics and gender as Orlando works his charm throughout the ages.

However, the chauvinist pig gets his comeuppance. One night, Orlando awakens to discover that his manly bits have become somewhat vaginal. Now a woman (still played by Swinton), Orlando sees how drastically his fortune changes simply by virtue of her sex. Furthermore, she is subjected to the same sexist antics that she thrust upon other girls during her days as a virile young stud.
Much of the thrill of Orlando comes from the beguilingly androgyny of Swinton’s performance. Orlando still ranks among her best work, though last year’s underseen Julia nips at its heels. The film itself is a fun and idiosyncratic odyssey and features wonderful visual work and the most hilariously oversized costumes. Orlando is a must see too simply for how well Potter managed to retool Woolf’s extremely difficult novel into a mere 93-minute film.


I’ve been trying to add Orlando to my collection for a few years now. So hard was it to come by that when I suggested to it to my brother as a Christmas present, we were shocked to see that a new copy was listed on the Amazon marketplace for $1500. (Needless to say, Santa wasn’t feeling that generous!). I’m both relieved and grateful that Sony Pictures is re-releasing Orlando this Tuesday, August 17th.
Movie the second:

Another one to look out for this week is the Canadian vampire film Suck. Suck chronicles the rise of a rock band that becomes popular when the lead singer (Jessica Paré) becomes a vampire. Soon, more band members join the V-club and the band’s popularity soars. 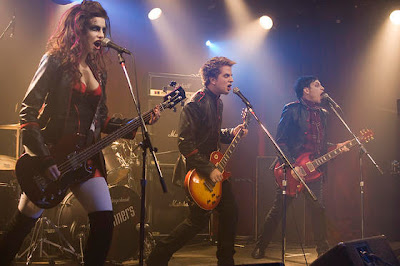 I saw Suck at TIFF last year, and I’m surprised that of the films I saw, it was one of the few not to receive a theatrical release. I think someone really dropped the ball on this one, because Suck presented a rare opportunity for a Canadian film to be a commercial success. Suck is a fun movie and probably would have been an easy sell to younger audiences. Moreover, with the success of Twilight, True Blood, etc, vampire movies have never been more viable. 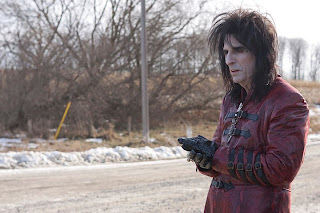 One needn’t be a Twihard to enjoy Suck, as the film devilishly parodies the idiocy of the vampire genre. Actually, I saw Suck back to back with Daybreakers at the festival and was amazed at how much better a vampire movie can be if it is intentionally funny. Finally, Suck is worth seeing because it features array of rock star cameos. Being a vampire rock musical, Suck enjoys a lot of tongue-in-cheek humor when big name stars turn up in the bloody affair. Suck features appearances by Iggy Pop, Moby, Carole Pope, and a riotous Alice Cooper as the Devil himself. With its mix of bloody farce and good music, Suck, ironically, is one of the few vampire movies out there that doesn’t completely suck.
Posted by Pat Mullen at 8/16/2010 10:59:00 AM