A 'Night' to Remember 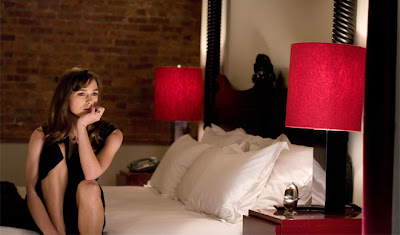 What constitutes infidelity? Sex with another partner? A date? What about kissing someone else? Or does fidelity extend all the way to having warm thoughts about another person? Such questions are posed by writer/director Massy Tadjedin in her fun, smart, and refreshing debut feature Last Night.
The question of fidelity arises one night after Joanna and Michael Reed (played by Keira Knightley and Same Worthington) attend a friend’s party. At the party, Michael introduces Joanna to Laura, his bombshell of a co-worker played by Eva Mendes. Not one to ignore the fact that her husband spends so much time with such a beautiful woman, Joanna keeps a watchful eye on her husband throughout the evening. When they return home, Joanna confronts Michael about why he discusses Laura so vaguely, since their conduct at the party disproves his disinterest.


Joanna and Michael have a terrible fight, and although they make up for it, Joanna is dissatisfied when Michael leaves for an overnight business trip with Laura the next morning. Now that they’re both aware of his colleague’s allure, Joanna finds Michael’s absence rather disconcerting. Her next few moves only complicate things.

That same day, becoming a tragic victim of Murphy’s Law, Joanna bumps into Alex (Guillaume Canet). At first, it seems that Alex is just an old friend. However, as their conversation progresses, it’s clear that Joanna has just been reunited with the love of her life, and vice versa.

As the day wears on, Tadjedin cuts back and forth from Joanna’s temptation to Michael’s. As the film progresses, each date escalates into impropriety. What begins as a casual drink becomes dinner, or dinner becomes drinks, etc. Even if the married party is only having an intimate conversation, the affairs don’t feel platonic. Even worse is that as the desires intensify, one party may invoke the marriage as grounds to slow the proceedings, while the other may be heading closer to the point of no return. 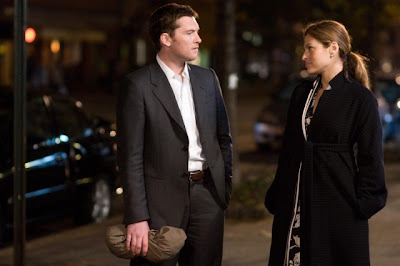 Writer/director Massy Tadjedin crafts this meditation on fidelity with remarkable subtlety. By simply interweaving the parallel evenings, she orchestrates an affair that feels adulterous even when the action seems wholly innocent. Moreover, she complicates the story by making the motivation of all four parties understandable – even when one character begins to stray, it’s often impossible to condemn him/her, because the inspiration to do so is not unfounded. Joanna’s story is particularly devastating: As her date with Alex progresses, it becomes apparent that she’s been denying her own happiness out of devotion to Michael. This may also be the film’s one major fault, in that we are more inclined to favour Joanna over Michael. Conversely, Tadjedin carefully ensures that neither Laura nor Alex is unworthy of Michael and Joanna’s affection.
Tadjedin also elicits solid work from her four leads. Knightley is in top form as Joanna, whose conflicted mix of betrayal and longing is heartbreaking to watch. Canet is also quite endearing as Alex – the sparkle he assumes in Joanna’s presence is infectious. Mendes is fun and sassy as Laura. While she may be “the other woman,” she is in no way repugnant; actually, Mendes makes Laura wholly sympathetic in her actions and motivation. Worthington gets the least to do as Michael, but he makes the best of it and turns a lesser character into a fairly interesting one. The real scene stealer of the movie, though, is the golden retriever belonging to Michael’s friend Andy, who becomes a comical sidekick/third wheel in Joanna and Alex’s rendezvous.
The fine ensemble complements Tadjedin’s terrific script quite nicely, while fine work by cinematographer Peter Deming (Mulholland Dr.) and composer Clint Mansell (Black Swan) add some colourfully intimate touches to the film. Last Night is a fun and philosophical night at the movies – the final scene will undoubtedly provoke a heated debate on date night…or be quite the mood killer.