If you’re visiting the big T.O. this weekend to do a little movie-going, keep in mind that there’s a lot more to see than the star-studded pics that are already slated to open in theatres. Remember, TIFF is a great showcase for Canadian film, which really doesn’t get a proper opportunity to reach a wide audience. In addition to some good-looking Canadian flicks like Trigger, Barney’s Version, A Night for Dying Tigers, Oliver Sherman, Incendies, and more, there’s also the Canadian Short Film program. For people who may not be able to attend a dozen or so films throughout the festival, the shorts provide the perfect opportunity to see such a high number of titles – all within the same night! The added benefit of the shorts is that the movies are all short:  if one sucks, festivalers can find relief in knowing that it will all be over within the next five minutes or so. (Unlike some features that go on for almost two and a half hours once you realize how much you hate them…I’m looking at you, Mr. Nobody.)
This year, the Canadian Film Centre (CFC) has two entries in the shorts package. Both are unique and quirky ditties. If these two are reflective of the rest of the Shorts program, it should make for a great night of Canadian film.
Champagne
(20 min.)
Dir: Hans Olson; Writ: Hans Olson & Bretten Hannam
Starring: Lara Martin, Bayo Akinfemi, Gloria Slade, Tyler Metcalf. 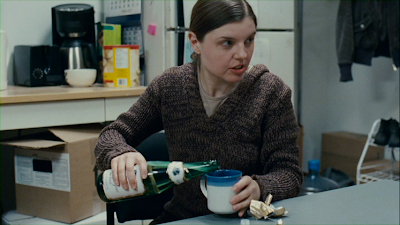 Champagne is a sweet and awkward love story. It takes place on Clara’s birthday, which she spends working the overnight shift in a furniture warehouse. Clara (Lara Martin) is in her thirties: she seems to live a lonely life – there’s no sign of a birthday party. However, on her way to work, she finds a bottle of champagne near her mailbox: it’s a gift from her mother.
How perfect… only it turns out that the champagne is not for Clara to celebrate, but to drown her sorrows. That’s because her crush at the mattress mart (Bayo Akinfemi) announces that he is quitting that same night. After, Clara uncorks the bottle to take the edge off and she finds herself having one downer of a birthday.
There are a few forgivable glitches in the film – some of the acting is a bit stiff and the sound is a little wonky, but Champagne is an admirable effort by director Hans Olson. Olson has previously made dramatic shorts (Bronwen’s Ark & Baby Boots), as well as documentaries. Champagne also has a nice little something-something to say about Canada at the end, so it’s a not a bad way to spend twenty minutes.
How to Rid Your Lover Your Lover of a Negative Emotion Caused by You!
(15 min)
Dir: Nadia Litz; Writ: Ryan Cavan
Starring: Sarah Allen and Joe Cobden. 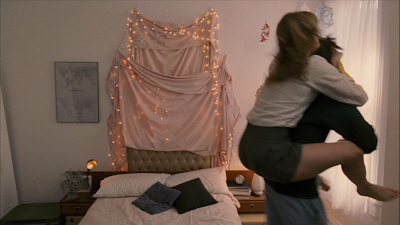 Oh, the things we do for love. The stronger of the two CFC shorts is How to Rid Your Lover of a Negative Emotion Caused by You! Sarah Allen stars as Sadie, a deceptively sweet-looking girl. Sadie lives with her boyfriend Dennis (Joe Cobden), who’s a bit of a pest. She loves him anyway, but she has a unique way of extracting all of his negative aspects to make him a better lover.
First-time director Nadia Litz handles Sadie’s sadistic dealings with commendable deftness and restraint. The film also has a most unique comic edge to its dark love story – How to Rid Your Lover is played out with that go-for-broke fearlessness that can make or break an emerging artist. Fortunately, there’s a wealth of talent both in front of the camera and behind it, so the film comes together rather flawlessly. Allen and Cobden are a pleasure to watch – Allen in particular could prove to be one of the breakout actors of TIFF 2010. Their great performances are complemented by some beautiful cinematography by Daniel Grant: the scene of Sadie’s first operation is particularly brilliant. 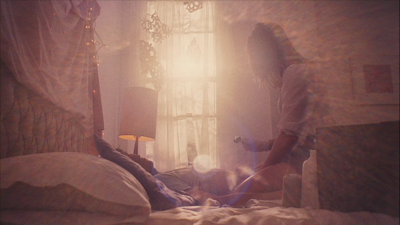