Death Be Not Proud

How does one realise the afterlife? The concept has been one of the more elusive tasks in filmmaking. No proof of it exists, nor is there any consensus regarding an abstract concept of life after death. The spirit world is thus one of the few terrains left in cinema that grant a filmmaker 100% creative license. Surprisingly, it rarely yields a satisfactory result. Last year, for example, Peter Jackson visualized the “in-between world” of Alice Sebold’s The Lovely Bones. The result was an odd pastiche of swirly pinks, yellows, and purples with the odd tree here-and-there. It was an unexpected misfire. Considering Jackson wowed audiences with his imagination of Middle Earth in The Lord of the Rings films, it suffices to say that rendering the hereafter believable is no easy task.
Clint Eastwood succeeds somewhat in Hereafter because he presents death more as an abstraction than as a literal place. The first glimpse of the other side comes within the opening moments of the film when Marie (Cécile de France) is on vacation in South East Asia. While shopping in a local market, Marie and hundreds of other locals and tourists are struck down by a tsunami. Marie dies in the disaster: as her body floats throughout the flooded streets, her soul flips about in a world of white light and fuzzy silhouettes. She is rescued, though, when two locals resuscitate her. Marie comes out of the event shaken, for she knows that she has experienced death.

Hereafter quickly unfolds by presenting two more narratives. The second, set in San Francisco, becomes the primary storyline of the film. It follows Matt Damon’s character George, a man who, like Marie, lost his mortality and lived to tell about it. George, however, was left with the ability to speak to those who have passed on, and he formerly acted as a medium for grief-stricken relatives of the departed. Conversely, the third story features a complete death: In London, Marcus and Jason (played by Frankie and George McLaren) are twin brothers. Jason offers to go to the store so that Marcus can finish his homework, and he dies in a tragic accident. Unable to accept his brother’s death, Marcus tries to find solace by attempting to contact Jason through various phoney psychics. After three introductory sequences, it seems clear where Hereafter is going.
However, Hereafter never capitalizes on the strength of its premise. Each of the three storylines begins remarkably well, particularly Marie’s, and they combine for an instantly engaging and thought-provoking first act. After posing a few questions about what happens after death, though, the film never goes any further. For a film that really cuts to the chase, it runs amok of its philosophical premise. As a result, the remainder of the film feels redundant. 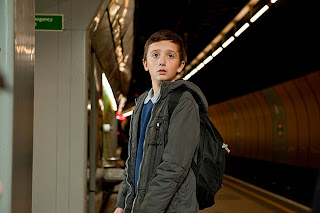 The blame for the rapid disintegration of the film, however, should not fall on Eastwood. Eastwood once again demonstrates his proficient skill to orchestrate the action and the technical fluidity of the film; consequently, although Hereafter looks great and is flawless from the standpoint of craftsmanship, it doesn’t work. The detriment of the film is the dreadful script by Peter Morgan. This is surprising, since Morgan’s previous work, including The Queen and Frost/Nixon, featured impeccable dialogue and subtle moments of great dramatic weight (remember the deer scene in The Queen?).
Hereafter, though, is quite the opposite. Not only does the film meander beyond the point of tedium, but all of Eastwood’s cinematic efforts and undermined by the blunt and artless dialogue of Morgan’s screenplay. The characters address one another with such forwardness that the drama feels not only contrived, but also pointless. For example, one scene features George perform a “reading.” When he takes the hands of his subject, a car alarm faintly sounds in the background. The alarm continues until the spirit ends the conversation. The effect is chilling, but then George and the character resume a clunky conversation and explicitly address all that has passed. The consequence of the film’s frankness is that it invites no interpretation. 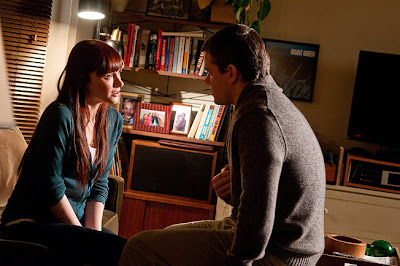 Hereafter, then, is like a film in purgatory. Eastwood, his technical team, and a few of his cast members manage to lend the film some credibility, but the script renders their efforts inert. One particularly disastrous case is the subplot in which Bryce Dallas Howard appears as Melanie, a potential love interest for George. Howard easily gives the strongest performance in the film, which is all the more commendable since the flirtation scenes are nothing but atrocious on-the-nose dialogue, but Morgan’s script does nothing with her character. Once Melanie discovers George’s secret and undergoes a traumatic reading, she abruptly exits the film instead of providing an additional vehicle for exploring the afterlife. Hereafter is rife with wasted opportunities such as this, the most offensive of which is the paltry culmination of George and Marie’s storylines. When they two characters finally cross paths, the film abandons its existential pondering en lieu of a happy ending. Hereafter ultimately presents a purely one-dimensional portrait of the afterlife: What should be a philosophically rich journey thus amounts to nothing more than a cold and detached act of observation.