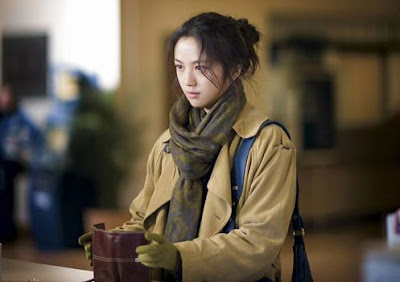 A cute and quirky love story, Late Autumn is an enchanting tale of two travellers who fall in love in the oddest of situations. Anna (Tang Wei) is in prison serving a homicide charge: she killed her husband – possibly out of self-defense. Regardless, she has been away from her family for years. She’s given the opportunity to return home for a brief visit, though, when she receives news about the death of her mother. 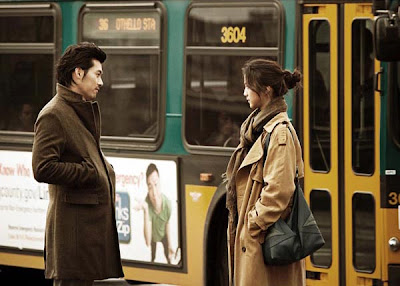 On the bus to Seattle, Anna comes to the aid of a fellow traveller. Hoon (Hyun Bin) is an amiable drifter, though Anna doesn’t really take to his charms. Once in Seattle, Anna finds her family rather cold to her presence, but things brighten up when she runs into Hoon a second time. A brisk courtship soon begins.
The romance between Anna and Hoon is instantly appealing: seeing these two exiles come together is rather refreshing, especially since Kim Tae-Yong unfurls the wooing with a natural gracefulness. A former exile herself, Tang Wei is especially entrancing in her first role since being blacklisted after the controversy of Lust, Caution. While her role in Late Autumn is nowhere near as showy as Chia Chi from Lust, Caution, Tang composes her character with an understated dexterity that is most impressive. 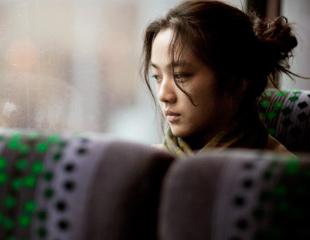 Late Autumn, unfortunately, isn’t as well composed as its lead actor. Aside from one ingeniously peculiar sequence in which Anna and Hoon play bumper cars and then creep on another couple, Late Autumn doesn’t really have much of an engaging visual flair. While the story itself is frequently sweet, it’s often just as sombre. The film also gets dragged out far longer than necessary. Late Autumn certainly begins with much promise, but its impact is greatly muted by the extended denouement - although the finale is quite touching.

A remake of the acclaimed Ozu film of the 1960's, Late Autumn may be a very long engagement, but it’s still an incredibly charming one at that. With two attractive and likeable lead performers Late Autumn is certainly an affair to remember.
Late Autumn does not currently have a release date.
Posted by Pat Mullen at 10/04/2010 06:40:00 PM