A 'Force' to be Reckoned With 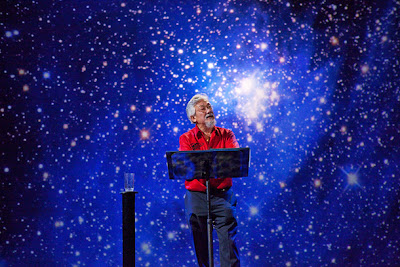 For his 75th birthday, Dr. David Suzuki gave his most essential lecture. Similar to the “Last Lecture on Earth” series that frequents many University campuses, Suzuki celebrated his life by condensing his greatest concerns for the environment into one speech that he would proudly call his last should he not live to his 76th year. Director Sturla Gunnarsson and the folks at the National Film Board (NFB) were fortunate enough to document Suzuki’s lecture and in good NFB fashion, they deliver a thorough and informative documentary that educates and enlightens.
Force of Nature focuses primarily on Suzuki’s lecture, which emphasizes that the current trends in human behaviour are rapidly depleting the natural wonder of the Earth. Force of Nature, however, is hardly a Canuck rehash of An Inconvenient Truth. Suzuki does away with the raw data and persuasive Power Point, and he goes straight to the heart. Force of Nature thus offers a compelling study on the decline of the planet, but through a humanist perspective, rather than a dry scientific one. 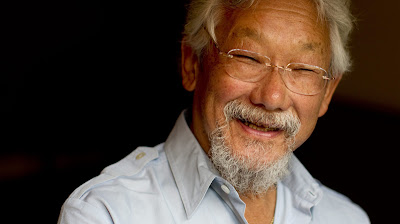 What is perhaps most interesting about the film is that Suzuki frequently approaches his science through a far more personal angle than most researchers do. The documentary allows Suzuki to elaborate on the personal philosophies that arise during his lecture, and Suzuki shows that the most compelling evidence is usually that which is personal. Gunnarsson overlaps Suzuki’s lecture with scenes in which Suzuki describes his early fascination with nature, as well as personal anecdotes that illustrate how he furthered his passion through an active engagement with people and their environment. It is in this regard that Force of Nature does justice to Suzuki. The film presents Suzuki’s overwhelming insight and appreciation for both nature and humanity, and it does so through an easy articulation of his most complex and imperative ideas. The philosophy of Force of Nature is so accessible because Gunnarsson simply allows Suzuki to explain his own science – the man has been doing so on the CBC for decades, so to do otherwise would completely undermine the project. Moreover, Suzuki’s compassion, enthusiasm, and genuine interest in his subjects demonstrate how he has been so influential to Canadians.
The film also takes time to explore David Suzuki’s childhood and adolescence, in which Suzuki gained first-hand experience of the rampant racism of Wartime Canada. In one segment, Suzuki describes how his family was relocated to the Japanese internment camps of British Columbia, despite the fact that both his parents were born and raised in Canada. Suzuki’s heartfelt description of the politics that tore his family apart is but one damning example of how one of Canada’s most iconic figures was constantly a victim of the politics of belonging. 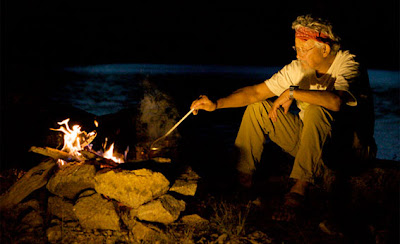 Despite this, the film expresses Suzuki’s great love for his country (as any NFB doc would). With a keen emphasis on the greatness of the Canadian landscape, Suzuki explores the changing shift in cultures and values: Suzuki relates his own experiences with Haida tribe of British Columbia to note how the declining state of global preservation is directly related to a collective dissolution of personal connection to nature.
Force of Nature is as compelling and educational as the best of scholastic documentaries. It is more than successful, though, due to the warmth and ingenuity that radiates from Suzuki as he candidly imparts his wisdom. Force of Nature is an enriching and inspiring portrait of a great Canadian.
Posted by Pat Mullen at 11/14/2010 09:54:00 PM