Put the Blame on Plame

Like the stealthiest of covert agents, Fair Game is remarkably deceptive. Doug Liman’s film trounces into the multiplex with the sleek assemblage of a studio film and the bombastic bravado of a brainless blockbuster. However, once it firmly established itself and the viewer accepts the identity of the film before them, Fair Game reveals that it was all a cover. In actuality, the film is a dexterous examination of contemporary American politics. With how the film presents the state of the union, the game played by Washington is hardly fair at all. Moreover, the film transitions from spy-thriller to socio-political drama so subtly that the weighty implications of its narrative are both accessible and enthralling.
This damning tale of American politics is a dramatic reconstruction of the controversial case of Valerie Plame (played by Naomi Watts). In 2003, an anonymous source from the Whitehouse contacted the press and outed Plame as a covert CIA agent. As depicted in the film, the whole debacle was an orchestrated “smoke and mirrors” spectacle à la Wag the Dog in order to divert public attention away from the real story. That “real” story marks the first half of Fair Game in which Plame’s husband, former US ambassador Joe Wilson (Sean Penn) goes on a fact-finding mission to Niger. As one learns later in the film, it was on the findings of Wilson’s trip that the Bush administration concluded that the Iraqi government was building WMD’s. There is one small problem, though: Wilson’s research suggested the opposite. As he tells the press, someone changed the facts along the way. 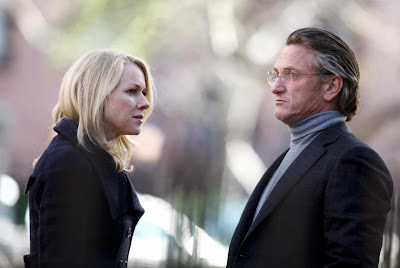 Wilson’s whistleblowing results in a media melee in which he and his wife’s lives are turned into hell. Valerie in particular bears the burden and is hung out to dry by her co-workers at the CIA. As Plame and Wilson wage war on their accusers, Watts and Penn offer an electrifying pair of performances. Their emotionally fuelled altercations are far more riveting than any car chase or action sequence than one would expect in the early scenes of the film. Rather, the political shootout they find themselves in is some of the best cinema this year.

Watts in particular is a powerhouse. Rather than cloak her secret agent in the steely coldness that most actors attribute to similar roles, Watts invests a humanist element to her tough-as-tails spy. Valerie Plame is therefore appropriately compelling and appealing, and Watts enlivens the greatest sense of urgency to her hero’s tale when she finds herself teetering on the edge on desperation. Penn is a perfect counterpart to Watts: Joe Wilson is more verbose and emotive than his wife, and Penn relishes Wilson’s many opportunities for grandstanding, but he never overblows it. In Fair Game, Watts and Penn make as satisfying an onscreen team as they did in 2003’s 21 Grams, if not better.
Director Doug Liman also ups his game with Fair Game. Easily his best work since The Bourne Identity, one might think that Liman learned a thing or two from his Bourne-franchise successor, Paul Greengrass. With some intuitive camerawork, which the director did himself, Liman delivers a gritty high-octane thriller that resembles the guerrilla-filmmaking style of his colleague. With the astute assemblage of his film, Liman is hardly a copycat, but rather demonstrating that he, too, can make a film with both brains and brawns. 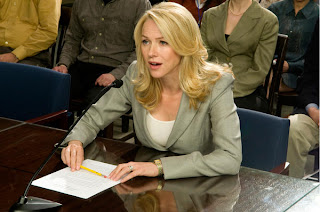 Liman’s deft control of the project couples with the script by Jez and John-Henry Butterworth to create a keen commitment to convey the reality in which Plame’s story is set. From Valerie’s blunt response of “The Leafs suck,” when a subject enquires into her hockey preference after she uses a Canadian nationality as an alias, to the redacted names of Plame’s witnesses in the final credits, Fair Game artfully strives to tell the truth. The filmmakers also make smart use of archival footage to underline further the wrong burdened upon Valerie Plame. Fair Game features several montages in which real commentators and political bigwigs sling mud upon Plame and Wilson – the fact that the footage is real adds an air of absurdity to the whole situation.
Fair Game might feel somewhat familiar even if one is not already acquainted with Plamegate. Plame’s story was loosely dramatized in Rod Lurie’s criminally overlooked 2008 film Nothing But the Truth, starring Vera Farmiga as a CIA operative inspired by Plame. Nothing but the Truth focused primarily on the story of the reporter who exposed Plame, so both films can be appreciated for their different take on the same story. Fair Game, however, is Plame’s authorized account of her story. It’s an admirable one at that, too, given the superior collaboration of Watts, Penn, and Liman. Fair Game is not to be missed.
Posted by Pat Mullen at 11/20/2010 06:45:00 PM