Say No to "Drugs"

Love and Other Drugs ★★½

Do you remember those cheesy campaigns when your schoolteachers told you that drugs are bad and you just get high on life instead? If only Love and Other Drugs was such an easy pill to swallow. Unfortunately, the latest misfire from director Edward Zwick (Defiance, Blood Diamond) takes about five or six good ideas and mashes them up into one tragic mess of a movie.
Jake Gyllenhaal stars as Jamie Randall, an over-energized, over-confident, and over-sexed pharmaceutical sales rep. Jamie makes a killing by pill-pushing Zoloft and other wonder drugs to a never-ending train of gullible secretaries who fall for his impeccable charm. Jamie’s life gets a new twist when he shadows a doctor during a check-up, and the patient, Maggie Murdoch (Anne Hathaway) valiantly whips out her breast. 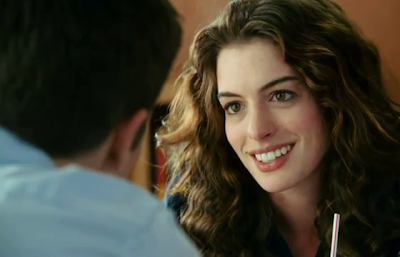 Maggie hunts down Jamie in the parking lot and it turns out that she’s a real firecracker. Jamie is naturally taken with her. The courtship between Jamie and Maggie is often endearing, and with such charming and attractive leads, their scenes together are the most enjoyable moments of the film. Their casual encounters, quickly progress into a turbulent (and tiresome) on/off relationship. This is where Love and Other Drugs begins to stray.
In the early scenes, Zwick et al unfurl a witty little satire on the problematic profiteering of America’s pharmaceutical companies. Maggie, however, has early onsets of Parkinson’s disease, and their relationship is frequently mired by the fact that Jamie makes a living off the sick. There is no cure for Maggie’s disease, and she is incredibly insecure that Jamie will abandon her when it becomes clear that it will take a lot more than drugs to take care of her. Love and Other Drugs doesn’t fall victim to a reductionist storyline of “pity the sick girl,” but it doesn’t quite do justice to Maggie’s story, either. True, the film offers some insightful scenes that depict how other people cope with the disorder, yet the overall positive effect of the Parkinson’s storyline gets lost somewhere amidst everything else that the filmmakers throw into the mix. 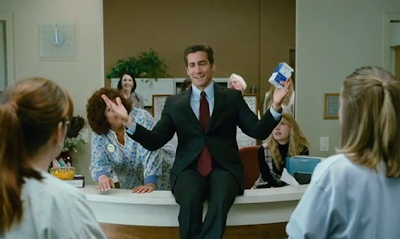 In the meantime, Jamie is having a heyday with his drug sales. His employer, Pfizer, has just released a new wonder drug called Viagra. Since Jamie has a reputation of being the most capable cocksman on the drug squad, he becomes the obvious choice to spearhead the campaign. The irony of Love and Other Drugs, though, is that for a movie about Viagra, it goes limp rather quickly. The Viagra storyline, while funny, does not enter the film until well into the second half. At this point, Jamie and Maggie are already struggling with their relationship, Maggie’s illness, and the ethical conundrums of Jamie’s profession. Moreover, the smart study of Parkinson’s and the corporatization of personal health is undermined by the abundance of boner jokes that permeate the latter half of the film. Overall, the film is too uneven to appreciate. 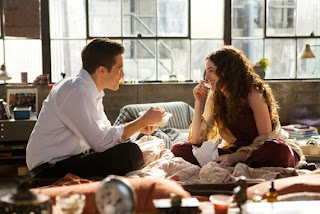 Gyllenhaal and Hathaway sell the film best they can. It’s nice to see the two actors together again after Brokeback Mountain, and their wonderful chemistry lends Love and Other Drugs some much-needed credibility. Gyllenhaal gives one of his better performances as the energetic man-child Jamie, and Hathaway offers another dynamic feat that really displays her versatility. Love and Other Drugs also features the late Jill Clayburgh in a cameo as Jamie’s mother, which is one of the few reasons to recommend the film aside from its two strong leads. It’s unfortunate that the movie as a whole lacks the ability to focus as well as they do. By the end, Love and Other Drugs feels tiresome and cheesy, rather than poignant and charming.
My prescription: take two stars and call me in the morning.