A Film Fit For a King 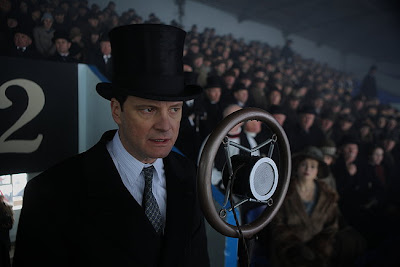 Public speaking is hell. Apparently, more people fear it than death. Admittedly, I’m one of many people stricken with glossophobia (I just about threw up before my first session as a TA). One can hardly imagine, then, what it must be like to have such an anxiety and be in a position that requires one to speak publicly on a daily basis. Especially if that person is the King.
That’s the premise of the true tale of The King’s Speech. Colin Firth stars as King George VI, the wartime Royal who suffered from an awful stammer, which further added to his insecurities of keeping up the appearances and withholding the high expectations of his family. The film chronicles His Majesty’s attempts to conquer his speech impediment through various techniques and therapists. After countless efforts leave him overwhelmed and embarrassed, George gives up. Unwilling to accept defeat, however, his wife Elizabeth, Duchess of York (Helena Bonham Carter), makes one last bid with an eccentric, but esteemed, aid named Lionel Logue (Geoffrey Rush). 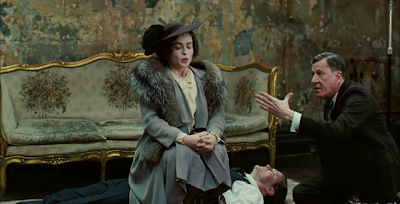 George, or Bertie to his family and, defiantly, to Logue, approaches Lionel’s method’s with wariness and hesitation. Partly because Lionel’s approach to therapy is highly unorthodox, but also because Lionel is an Australian – a colonist and, subsequently, vastly inferior to Bertie’s stature. At first, Bertie’s sessions with Lionel show potential: In some cases, Lionel demonstrates to Bertie that one can overcome anything. Bertie loses confidence in himself, however, when the likelihood increases his brother, King Edward VIII (Guy Pearce), will abdicate the throne to marry his divorced lover, Wallis Simpson (Eve Best). 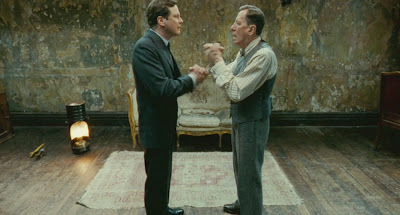 Throughout their sessions, however, Lionel offers Bertie lessons in far more than speech. Bertie learns to gain confidence, but Lionel also offers an opportunity for Bertie to connect with the reality of his people, and thus situate his own insecurities within the broader spectrum of his kingdom. As Bertie and Lionel, Colin Firth and Geoffrey Rush offer a delightful acting duo – and an Oscar-worthy one at that! Colin Firth creates a complex and touching portrait of a man reluctantly bearing such an awful burden. Particularly when framed in close-up, Firth’s panic-stricken expression conveys the psychological hell of Bertie’s dilemma. Firth, moreover, inflects Bertie’s stammer with anguish and 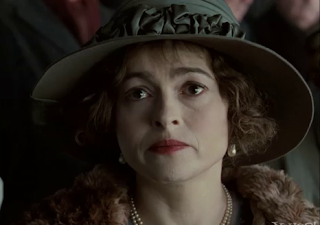 embarrassment – Bertie’s pain is frequently too palpable for comfort. Geoffrey Rush is equally laudable in a fine feat of scene chewing as Lionel Logue. Rush delivers Lionel’s quirky mannerism and ribald humour with impeccable comedic flair, but Rush ensures that there are always equal measures of compassion and humility within Lionel’s antics. Also worthy of high praise is Helena Bonham Carter as the much beloved Queen Mother – with her perfect diction and stately poise, Bonham Carter is a regal delight. Like Rush, Bonham Carter imbues The King’s Speech with many subtle moments of merriment. 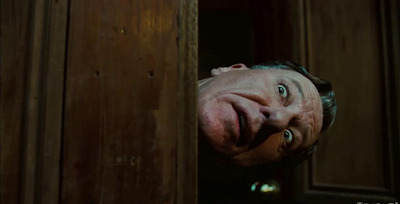 It can be much admired, then, that despite the royal pedigree, there’s no stiff upper lip in this British production. Rather, The King’s Speech is a surprisingly humorous and enjoyable film, which often amuses through its incongruous situations and peculiar details. Much of the charm is enabled through the quirky framing by director Tom Hooper cinematographer Danny Cohen, who compose the film in an array of eccentric angles and disorienting close-ups. Tight-framing is also used to much dramatic success in The King’s Speech – in many shots, the microphone takes on a horrific, if not monstrous, presence that engulfs Bertie and accentuates his speechlessness. 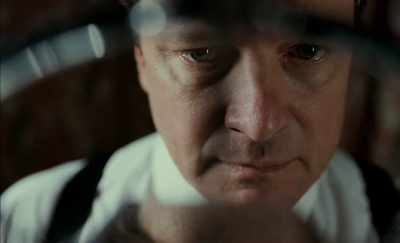 Most significantly, however, is the film’s treatment of Bertie’s impediment. Hooper and writer David Seidler and explore the history of Bertie’s stammer quite thoroughly. As they debate the stammer’s physiological or psychological origins, The King’s Speech delivers a rather devastating insight into Bertie’s past. The film, moreover, emphasizes the complexity of treating Bertie’s stammer, and Lionel’s humanistic approach demonstrates that the cure for overcoming an impediment is often something as simple as kindness and compassion.
The King’s Speech is a film of royal pedigree. Citations of praise are equally due to the strong ensemble players, as well as to the craft and technical contributors (especially composer Alexandre Desplat). Hooper also has a wonderful knack for adding several minute details to the production, such as Elizabeth’s penchant for marshmallows, which make the film easy to relish. A flawless production overall, The King’s Speech is easily among the year’s best films.
Posted by Pat Mullen at 12/16/2010 10:11:00 PM