2010 has been one of the best years for film in recent memory. As you’ve all witnessed by the abundance of stars on the sidebar, I liked many films this year. While some of the most highly lauded films of the year, such as The Social Network and Toy Story 3 are absent from this list, I stand by my opinion that they are both admirable films, but also that they are neither ground-breaking nor special. I think that this year’s list reflects both my personal favourites and the very “best” of the year; however, I’m always of the opinion that these two categories are indistinguishable because the very best films are those that you return to often. In amassing my list of the year’s very best, I tried in vain to come up with a roster that somehow included Made in Dagenham, Fair Game, or Animal Kingdom. No amount of rejiggling and retooling, however, could yield a satisfactory result. Since the best part of these films, the performances, were acknowledged in last week’s roundup, they will have to settle for an “Honourable Mention Plus.”
So, without further ado, my list of the ten best films of 2010:

1. Black Swan
Quite possibly the best film I have seen since Mulholland Dr., Black Swan is as audacious, complex, and beautiful as David Lynch’s 2001 mindbender. From Winona Ryder’s art-imitating life character role to Natalie Portman’s soon-to-be iconic performance, every scene of Black Swan is fuelled by the most dynamic and bewitching collaboration of 2010. The pirouetting camera, the frenetic editing, the hypnotic motif of black and white, and the phenomenal sound design – director Darren Aronofsky orchestrates all these rich aesthetics into a dazzling swan song of cinema. The entire audio-visual spectacle is driven by the spellbinding score by Clint Mansell, whose reinvention of Tchaikovsky’s Swan Lake might be the best manipulation of pre-existing music since Max Steiner re-tooled the notes of “As Time Goes By.” Ah, film!

2. Inception
Like Black Swan, Christopher Nolan’s Inception is a complicated and intellectually challenging film. It is equally accessible and entertaining, however, thanks to some well-crafted one-the-nose dialogue and some stunning action pieces. With Inception, Nolan brings out the big guns and even bigger ideas, so Inception should delight mainstream and art-house audiences alike. Nolan’s thought-provoking blockbuster is solidly produced by his entire crafts team and the strong ensemble, headlined by Leonardo DiCaprio, plays it to perfection. Inception demands multiple viewings and yields a richer experience each time. 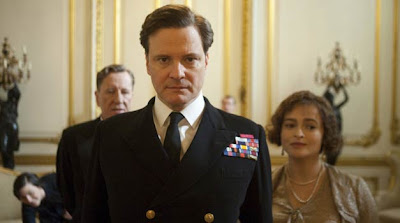 3. The King’s Speech
An overall flawless production, The King’s Speech is an assured crowd-pleaser. Not only does the film feature a compelling story of an underdog overcoming adversity, but also it does so without relying on clichés or melodramatic schmaltz. Colin Firth, Geoffrey Rush, and Helena Bonham Carter are a delightful trio and make The King’s Speech worthy to wear Oscar’s golden crown. 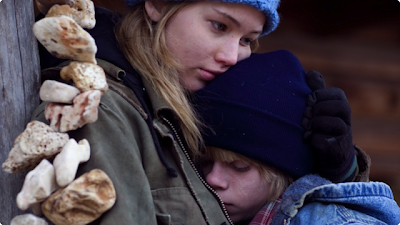 4. Winter’s Bone
A coming of age tale with a gothic spin, Winter’s Bone is a haunting, but ultimately uplifting film. Exceeding the expectations set by her stunning 2005 debut Down to the Bone, director/co-writer Debra Granik proves that it takes only a solid script and a talented star to deliver a harrowing piece of cinema. With her bare-bones production, Granik offers a meaty tale of poverty-stricken and desolate back-woods America. Winter’s Bone is a far cry from the duelling banjos of Deliverance, but it’s twice as suspenseful and ten times as good. 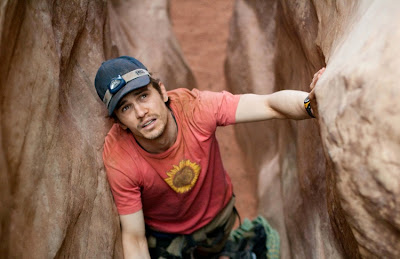 5. 127 Hours
Danny Boyle once again displays his audacious visual style and signature storytelling that made Trainspotting one of the best films of the 1990’s. With 127 Hours, Boyle shows off the elevated clout one accrues in the industry after winning Best Director – he amasses some of the industry’s best artistic talents and, like Aronofsky and Nolan, he delivers a breath-taking odyssey that will revitalise one’s love for the cinema.

6. Please Give
The smartest and wittiest comedy of the past few years, Please Give resembles the Manhattan-set comedies from the heyday of Woody Allen. The stellar ensemble of Catherine Keener, Oliver Platt, Rebecca Hall, and Amanda Peet offer the finest in comic neuroses and obsequious banter. Please Give also features some spot-on satire from the always refreshing Nicole Holofcener – after rescreening the film subsequent to my own family’s annual trek adventure to see the leaves this Thanksgiving, Please Give forever earned a prized spot in my heart. 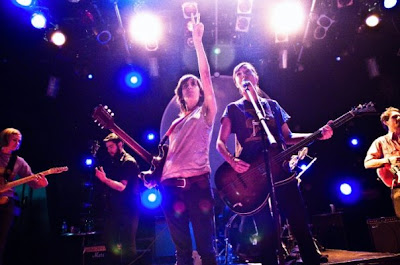 7. Trigger
My favourite Canadian film of 2010, Trigger is a labour of love unlike any other. Shot on a mere eight days with funds accrued from the wallets and peers of much of the cast and crew, Trigger is a rare film in which each every frame radiates the passion that produced it. Moreover, stars Tracy Wright and Molly Parker are a heartbreaking and dynamic duo of rocker chicks, and Trigger is a wonderful anthem to the legacy of women in rock. Trigger, finally, features Bruce McDonald’s loveable trademark lensing of Toronto, which ultimately makes the film a testament to the strength and spirit of Canada’s film industry. 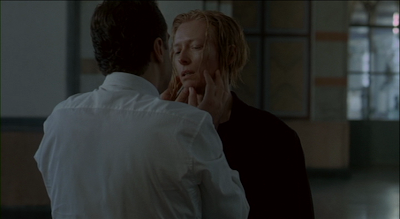 8. I am Love
Like the criminally overlooked Julia of 2009, I am Love demonstrates that the key ingredient for fine cinema is always a healthy dose of Tilda Swinton. Swinton not only offers one of her finest and richest performances in I am Love, she also serves as producer on this first feature by Italian director Luca Guadagino. Guadagino proves to be one of the great new talents in the field, as I am Love is a spectacular assemblage of art: From the beautiful natural lighting of the cinematography to the operatic score by John Adams, I am Love warms the heart and stirs the soul long after its devastating finale. 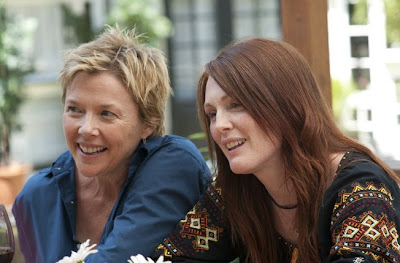 9. The Kids Are All Right
Like Please Give, The Kids Are All Right is a witty ensemble comedy. Its greatest feat, however, is how smartly and subtly the film conveys its political agenda. Lisa Cholodenko and co-writer Stuart Blumberg show that sometimes two moms are better than one by simply creating an observation take on the lives of same-sex couple Jules and Nic (Julianne Moore and Annette Bening) and their two kids (played by Josh Hutcherson and Mia Waskiowska). Jules and Nic’s family is just as complicated and compassionate as any other family, except that in this case, mom is plural. 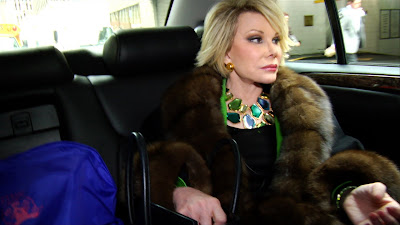 10. Joan Rivers: A Piece of Work
Wouldn’t you know it that I, probably the most emotionally dead moviegoer on Earth, could not shed a tear during Precious, Revolutionary Road, Atonement, or any other weepie of recent years? At the Joan Rivers movie, however, I found myself using every tactic available to avoid turning on the waterworks amidst the packed crowd at the Bytowne. I’ve always enjoyed Joan Rivers, but I’ve never been a die-hard fan, either. Maybe that’s why Joan Rivers: A Piece of Work was such a fascinating documentary for me. This fly-on-the-wall look at the comedian’s tumultuous career in Hollywood is perhaps the most revealing portrait of any subject who has put herself before the camera. Rivers is tragically unabashed in her reflections on her life and career. Most fascinatingly, though, is how filmmakers Ricki Stern and Anita Sundberg use Joan’s story to reveal the cruelty of celebrity and the brutality of Hollywood.
Honourable mentions (in alphabetical order):
Animal Kingdom; Chloe; Fair Game; The Girl with the Dragon Tattoo; How to Rid Your Lover of a Negative Emotion Caused by You!; Made in Dagenham; Nowhere Boy; A Prophet; Rabbit Hole; Shutter Island; The Town.
I still haven't seen many late additions to the 2010 film list, such as Barney's Version, Biutiful, Somewhere, or The Tempest, so I will wait a while to add the list to the Top Ten lists page on the sidebar.
So, those were my picks for the best of the year...what were some of your's?
Posted by Pat Mullen at 12/27/2010 11:07:00 PM