Happy New Year! With a New Year comes new movies. 2011 looks quite promising. There are still a few holdovers from TIFF, so I'm starting the year off with a bar that's been set pretty high by films like The Whistleblower, Last Night, The Housemaid. 2011 has new offerings by directors Robert Redford (whose The Conspirator is great!), Joe Wright (Hanna), Lone Scherfig (One Day), and Martin Scorsese, who tries out 3D with Hugo Cabret. This year also features the second film by Madonna (W.E.), as well as directorial debuts by Angelina Jolie and Vera Farmiga. We also get to start the year with some Oscar holdovers from 2010, as films like Another Year, Biutiful, and Incendies slowly make their way to a theatre near year.

Before discussing upcoming films further, I'd like to note some upcoming changes on the site. Reviews from 2010 will be moved to a separate page, the Review Archive, which will be linked at the sidebar. All ratings and reviews from last year can be found there. By moving last year's films aside, I'm not suggesting that past films are not worth seeing...far from it. In fact, near the review archive is a handy link to top picks of older films for anyone seeking to rent a classic. Additionally, I'll try and keep the sidebar a bit more clear, with separate headings for what is in theatres and what is new to DVD and Blu-ray. I'll also try and give a bit more variety in reviews, since the one consistent feedback I get is to give more negative reviews...I always use critics as a filter and often skip whatever is supposed to be bad, but I'll try and make room for more turkeys.

Anyways, there are a few films that I'm particularly looking forward to this year. Listed in no particular order, they are:
Midnight in Paris (Fall 2011)
This year’s offering from Woody Allen suggests that the writer/director may be expanding his oeuvre beyond Manhattan and trendy London. In 2008, he changed things up by shooting Vicky Cristina Barcelona in Spain, and now Midnight in Paris will see how the Woodman shoots in gay Paris. Midnight stars Rachel McAdams and Owen Wilson as an engaged couple who travels to Paris and starts to question their relationship when they find themselves caught up in the trendy European high life. The cast also features Marion Cotillard (yay!), Adrien Brody, Kathy Bates, and France’s First Lady Carla Bruni, who reportedly needed 35 takes for just one scene. (You Will Meet a Tall Dark Stranger survived Frieda Pinto, though, so I’m sure Mme. Bruni won’t prove too disastrous…) 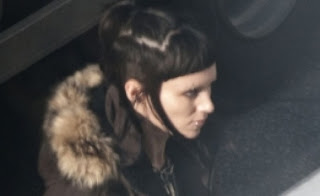 The Girl with the Dragon Tattoo (Dec. 21)
After three books and three movies all within one year, does the world really need more Lisbeth? Hell, yes! Well…maybe. It will be interesting to see how the Millennium franchise fares in America. The greatest asset of the Swedish films is easily Noomi Rapace as Stieg Larsson’s spunky computer hacker. How The Social Network’s Rooney Mara fills Lisbeth’s boots will be a tough call. Mara reteams with her Social Network director David Fincher, so Tattoo will at least be a solidly produced film. Start buying shares in Apple!
Tree of Life (May 27)
This project sounds quite interesting. Writer/director Terrence Malik rarely makes films, so Tree of Life will undoubtedly be an event for cinephiles who have been craving his philosophical lyricism since 2005’s The New World. Tree of Life stars Brad Pitt and Sean Penn, but the production notes state little else besides that the film “centers around a family with three boys in the 1950s. The eldest son witnesses the loss of innocence.” Expect deep thoughts and stunning cinematography. 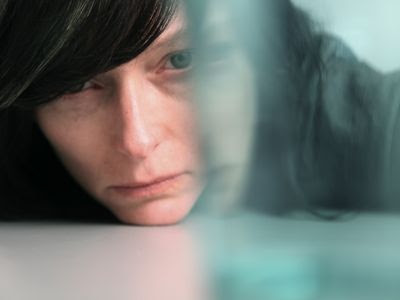 We Need to Talk About Kevin (TBA)
We need to talk about Tilda! Tilda Swinton stars in this adaptation of Lionel Shriver’s acclaimed novel about a mother trying to reconcile her burden of responsibility after her son, Kevin (Ezra Miller), commits a horrific school shooting. Shriver’s novel is one of the most affecting books ever written, especially through her skilled crafting of the character of Eva: this complex portrait of unwanted motherhood should be exceptionally devastating in the skilled hands of Tilda Swinton. If you shed a tear for April Wheeler in Revolutionary Road, then the story Eva Khatchadourian will stop your heart. 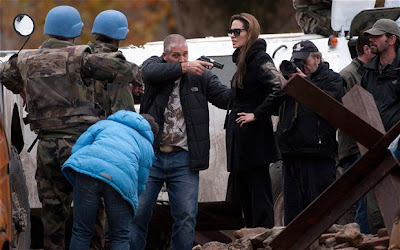 Untitled Bosnian war film
2010 saw Ben Affleck and Philip Seymour Hoffman succeed behind the camera. This year, Angelina Jolie takes the reigns as writer/director of a love story set against the turmoil of the Bosnian war. Little else has been said of the film, although shooting has been plagued in controversy due to the sensitive nature of the subject. 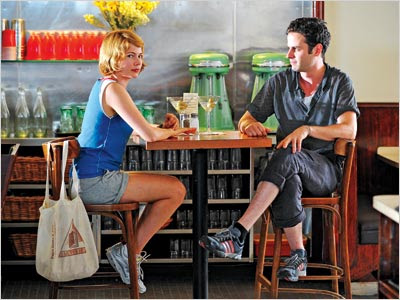 Take this Waltz (TBA)
Take this Waltz is the newest film from the Canadian Institution of Sarah Polley. The script made the 2009 Black List, which names the best screenplays that have gone unproduced since their publication, so here’s hoping that is a strong hint that Polley’s sophomore film is as good as Away From Her. Take this Waltz stars Michelle Williams, Seth Rogen, and Sarah Silverman in an unconventional love triangle.
The Iron Lady (TBA)
This sounds like one to keep an eye on come awards season 2011. Meryl StreepInvictus, expect a film that uses a crucial point in the subject’s life to give a sense of Thatcher’s persona and philosophy. Fingers crossed that it nets Streep Oscar number three! 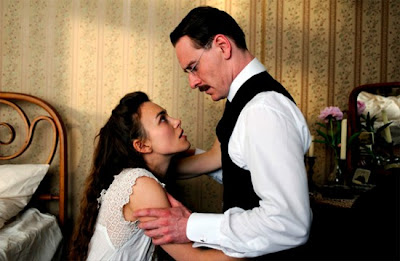 A Dangerous Method (TBA)
This film sounds particularly exciting: Canadian director David Cronenberg directs an adaptation of a play by Christopher Hampton (Atonement). The films depicts the relationship between Sigmund Freud (played by ViggoMortensen) and Carl Jung (Michael Fassbender) as they work towards the foundation of psychoanalysis. A Dangerous Method also stars Keira Knightley and Vincent Cassel. 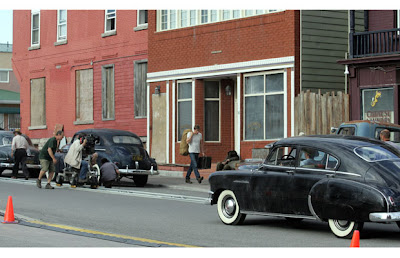 On the Road (TBA)
Another exciting project with a Canadian connection, some scenes of On the Road were filmed in Chelsea, Quebec, just twenty minutes or so from Ottawa. Walter Salles (The Motorcycle Diaries) directs this take on the canonical novel by Jack Kerouac. On the Road also features an interesting cast of Sam Riley, Kristen Stewart, Amy Adams, Viggo Mortensen, Kirsten Dunst, and Tron:Legacy’s Garrett Hedlund. At the very least, the release of On the Road forces me to read Kerouac’s novel, which is something I’ve always been meaning to do.
The Adjustment Bureau (March 4th)
It seems like the trailer for The Adjustment Bureau has been playing in theatres forever. What a tease, since this Matt Damon sci-fi thriller was bumped from its original 2010 release. Based on a novel by Philip K. Dick, The Adjustment Bureau features Damon as an up and coming politician whose fights to control his career and love life when a group of mysterious figures appear and claim to have a monopoly on fate and free will. The Adjustment Bureau also stars Emily Blunt, Terence Stamp, and Mad Men’s John Slattery.
Contagion (Oct. 21st)
This sounds a bit like Outbreak, that Rene Russo/Dustin Hoffman film from 1995. Any familiarity can be forgiven, however, because Contagion features a powerhouse cast of Matt Damon, Marion Cotillard, Kate Winslet, Gwyneth Paltrow, and Jude Law. The amassing of such an impressive A-team should be no surprise, however, since Contagion features Ocean’s Eleven’s Steven Soderbergh at the helm. Maybe George Clooney, Brad Pitt, and Julia Roberts will have surprise cameos! 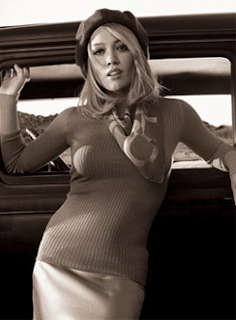 One I’m dreading:
The Story of Bonnie and Clyde (November)
Really? A remake of Bonnie and Clyde? Why? WHY!? The only thing more offensive than tampering with the classic is the casting of Hilary Duff as femme fatale Bonnie Parker. Faye Dunaway responded by chirping "Couldn't they at least cast a real actress?" Hilary Duff's reply: “None of my fans even knew who she is. I’d be mad, too, if I looked like that now!” Classy.
Anything I forgot that you're excited for???
Posted by Pat Mullen at 1/07/2011 01:47:00 PM