Natalie and "Other Impossible Pursuits" 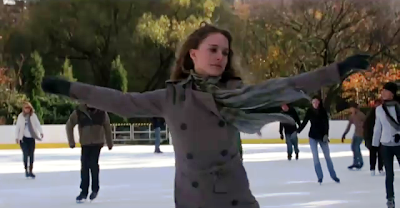 A few weeks ago, whilst reflecting on Natalie Portman’s performance in Black Swan, my sense of wonder returned to a question that arose in my mind when the Black Swan reviews began trickling in from TIFF and Venice: "What is going on with Love and Other Impossible Pursuits?" The early praise for Portman’s perf in Black Swan frequently attributed the crazy ballerina as her first lead role. Not true.
I saw Love and Other Impossible Pursuits at TIFF 2009. At the screening, I recall the MC and other patrons buzzing that Portman gave an impressive turn in the film and excelled in her first lead role, proving that she had grown up into a bona fide actress. As with Black Swan, the hype was true.
In Love and Other Possible Pursuits, Portman stars as Amilia, a young woman who tragically loses her daughter to SIDS after enjoying only six days as a mother. Needless to say, the film is frequently depressing. Portman, however, offers a heart-rending performance as the grieving Amilia and proves herself an immensely talented actress. Unlike Portman’s performance, the film itself received only mixed to negative reviews and, therefore, became one of many festival films to slink away silently and prevent other moviegoers from witnessing something great.

I'm not saying her work here is one par with Black Swan, but the film is certainly worth a look for those taken by Portman's stunning turn as Nina Sayers. I assume that since Portman’s stock has risen heavily with Black Swan, the film has been revived. Now titled The Other Woman, audiences can see Portman’s true “first lead role” when the film opens in a limited theatrical release on Feb. 4th. (It is also now available on video on demand.)
The Other Woman/Love and Other Impossible Pursuits is mostly worth seeing as proof that Natalie Portman’s work in Black Swan is no fluke. I would give the film itself a boderline three stars out of five, but would assign higher praise for the lead.
A trailer was released a few days ago. Take a look!
Posted by Pat Mullen at 1/03/2011 10:33:00 PM