Where are the Benefits? 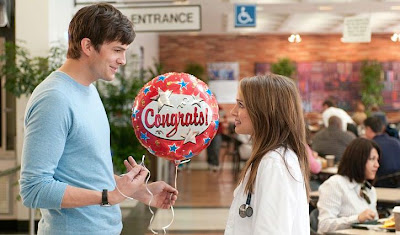 Attention moviegoers: Judd Apatow wannabe alert! No Strings Attached, the latest “friends with benefits” comedy, stars Natalie Portman (she’s funny!) and Ashton Kutcher (he’s not…) as two friends, Emma and Adam, who’ve flirted with romance since their days at summer camp. Emma and Adam are now all grown up and do the mature thing by skipping love and simply having sex with no strings attached. Gee, where could that lead? 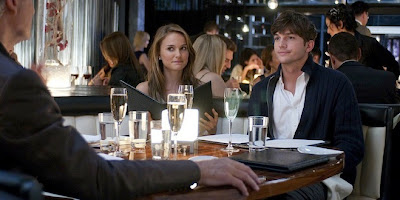 The jokes of No Strings Attached are a pretty mixed bag. They’re generally shallow, sometimes raunchy, and occasionally funny. The film also relies upon too many cheeky references to Google and social media, but they all come across as a lame attempt to make the film seem hip. Despite the flaws in the script, much of the comedic misfire comes from the surprisingly clumsy staging by director Ivan Reitman. As a result, the film is mostly awkward, and a lot of the humour falls flat. (Especially through Kutcher’s familiar antics.) The midsection of the film, however, offers a few surprises and some genuinely charming/humorous moments. Unfortunately, No Strings Attached becomes as predictable and unbearably drawn out as the final seasons of Friends. 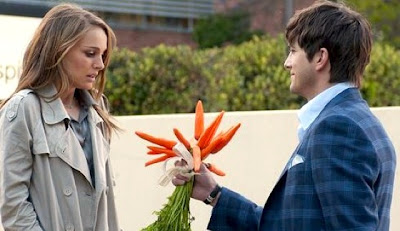 The best laugh, actually, is the lack of synergy between the two leads. Ironically, Natalie Portman had more bedroom chemistry with Kutcher’s That 70’s Show girlfriend Mila Kunis in Black Swan. It’s nice to see Portman do something lighter, and she handles comedy well, but Kutcher gives virtually the same work he did in all his other comedies. As a result, much of No Strings Attached feels stale. The supporting cast is equally mixed, although Kevin Kline and Greta Gerwig add some scenes that make the film worthwhile.
No Strings Attached isn’t a complete failure. (It’s certainly less of a “January release” than The Green Hornet.) It's is fun enough to offer a harmless escape, but the film might be best appreciated on DVD when one can fast-forward the film down to 85 minutes.
No Strings Attached is currently playing in theatres everywhere.
Posted by Pat Mullen at 1/30/2011 03:58:00 PM