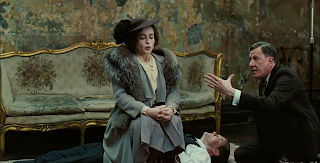 The British Academy of Film and Television Awards (BAFTA) were handed out today. It comes as no surprise that The King's Speech steamrolled the competition, since it's like, the most British movie ever made. Speech landed seven wins, including Best Picture, Outstanding British Film, and acting nods for Colin Firth, Geoffrey Rush, and Helena Bonham Carter. Natalie Portman also added some more hardware to her corner (woo!), thus pushing the odds more in her favour in the 'Portman Vs. Bening' match. How well the BAFTA's resemble the Oscars remains to be seen: this is a pretty good batch of winners, but this year also seems to have some of the closest races in recent memory. Should be an exciting few weeks!