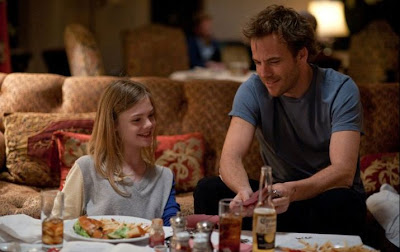 It’s an odd coincidence to review Somewhere the same week that I’m beginning a unit on auteur theory with the first year class that I’m TA-ing. Sofia Coppola seems tailor made to fit both the criteria and the contradictions of the theory. She suits the profile of an auteur because she writes, directs and produces her own films, and, therefore, enjoys a high degree of control over her projects. She also has a discernable style, namely a minimalist aesthetic combined with a catchy indie-pop soundtrack. Finally, her films demonstrate consistent themes and preoccupations, most notably a fascination with disillusioned young girls. If Coppola meets the fundamentals of the theory, then why can one not champion her as an auteur? It seems the answer lies in what so often proves to be the restricting feature of auteur theory: the isolated masterpiece. 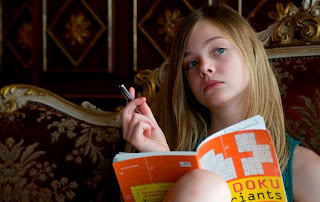 While Coppola wowed many moviegoers with her feature debut The Virgin Suicides, it was arguably 2003’s Lost in Translation that proved her a genuine talent. Without going into too much detail of the film, Lost in Translation features considerable material that echoes quite loudly in Somewhere. Both films depict an actor in a hotel, struggling to reconcile his career with the shortcomings of his personal life: in the former film, Bob Harris (Bill Murray) comes to terms with age whilst in Tokyo, while in the latter, Johnny Marco (Stephen Dorff) realizes that his lucrative career as a Hollywood mega-star is ultimately empty and unfulfilling. Each film also hinges upon that disillusioned young girl: lovelorn Charlotte (Scarlett Johansson) in Lost in Translation and the loveable Cleo (Elle Fanning) in Somewhere. Cleo, Johnny’s daughter, feels deserted when her mother prioritizes her career and personal life over her. Both Charlotte and Cleo face the same angst that plagued the young Marie Antoinette (Kirsten Dunst) when that whole French Revolution thing happened in Marie Antoinette, the notorious misfire of Coppola’s resume (another mark of the auteur). Somewhere also exploits the artistic nuance that had audiences leaving Lost in Translation exiting the theatre and marvelling at the magic of movies: that inaudible good-bye. While the parallels between Coppola’s films mark her as a director with a distinct artistic flair, it seems they also limit me from calling Somewhere “a very good film” instead of “a great one.” 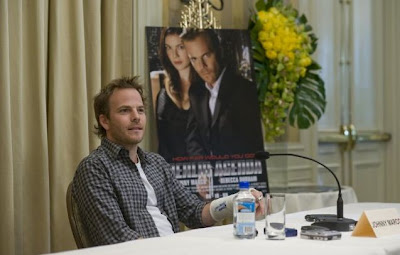 Somewhere is a noteworthy achievement for Coppola’s continued display of her mastery of filmmaking. Somewhere also showcases a sense of maturity in Coppola’s work, as she has demonstrates considerably the art of less is more. Throughout the episodic narrative structure of Somewhere, Coppola offers the viewer fleeting glimpses of Johnny’s career in which one can sense the malaise of being a celebrity. Coppola makes particularly strong use of extended moments of silence, but then counteracts that with some spot-on satire: one cannot help but wonder if the press conference in which Johnny fields a series of inane queries from pseudo-intellectual reporters is Coppola’s way of flipping the bird to a society that valorizes celebrity. Coppola also heightens the superficiality of Johnny’s career through static camerawork and striking shifts between deep and shallow focus. 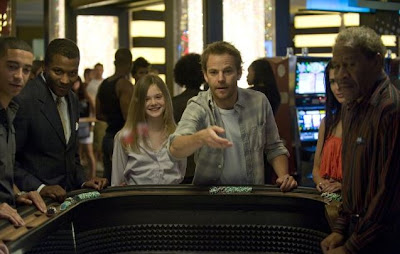 As with all of Coppola’s films, the film is driven by the quality of the writing and the strong rapport between the lead performers. Dorff and Fanning are wholly convincing as the father-daughter team: each actor radiates in the presence of the other, and Dorff particularly displays some fine subtle moments when Johnny becomes desperately sullen in the absence of his daughter. Much of the success of the two stellar performances results from the strength of Coppola’s script and direction, which is mature enough (and brave enough) to allow each actor extended screen-time in which they can explore their character more fully and creatively. (Fanning’s preparation of Eggs Benedict is especially memorable.) Coppola’s choice to emphasize character and performance renders the despair of Johnny’s separation from Cleo all the more palpable by the end of the film.
Like Lost in Translation, Somewhere resists narrative closure. As was the case with the former film, Somewhere might initially puzzle the viewer through its ambiguous conclusion. With both films, however, Coppola demands a thorough re-engagement with the text, and as a result, Somewhere is more likely to wow audiences a few days after seeing it, rather than during the post-screening afterthought. It’s a work of art whose greatness, unfortunately, is lessened only within her greater body of work. More importantly, though, Somewhere proves that when it comes to making great films, Sofia Coppola is no one-trick pony. Rather, she is merely preparing audiences to expect more works of such mature insight and artistic flair.
Posted by Pat Mullen at 3/11/2011 09:56:00 AM