***Note: I posted this yesterday, but it was lost to the recent Blogger outage.***
I’m excited to report that I attended my first press conference yesterday. It was for the announcement of the Official Selection and other programs for the 17th annual Worldwide Short Film Festival (WSFF) put on by the Canadian Film Centre. (Thanks for the invite!) The CFC held a swanky launch for the fest at Sassafraz, the trendy Yorkville restaurant, and it was a lively event best summed up with three words: “Tom Hardy naked” (more on that later). WSFF 2011 has a lot to offer for both serious and casual moviegoers who happen to be in Toronto from May 31 - June 5. Full details on films, tickets, and programs can be found at www.shorterisbetter.com. If you need some help planning your weekend, here are ten shorts that are grabbed my eye:


Lipsett Diaries and The Lost Thing
Okay, I know it seems like cheating to start with two movies, but Lipsett Diaries and The Lost Thing are playing as part of the same bill. Both shorts appear in the Opening Gala “Award Winners from Around the World.” The films should pique your interest because Lipsett Diaries and The Lost Thing both scooped the “Best Animated Short” award at the Canadian Genies and the Oscars, respectively, in addition to a slew of other hardware.
-“Award Winners from Around the World” plays May 31st at 7:00 and June 5th at 9:30
Scenes from the Suburbs and Something Left, Something Taken
Okay, now this really seems like cheating, but these shorts are also playing as part of the same package, namely the “Choose Your Own Adventure” component of this year’s Official Selection. Scenes from the Suburbs will probably be the most buzzed film going in to the festival: Not only did it open to rave reviews at Berlin, but also it features Canada’s recent Grammy champs The Arcade Fire in collaboration with director Spike Jonze (Adaptation., Being John Malkovich). Scenes from the Suburbs visualizes tracks from the band’s album The Suburbs to imagine life for America’s youth as they grow up in a military state. One film that could potentially steal the spotlight from Scenes from the Suburbs is its program-partner Something Left, Something Taken. Something is a quirky animated farce on all the hell that CSI hath wrought on our culture. The question is, can this darkly comic short one-up both Horatio’s sunglasses and The Arcade Fire?
-“Choose Your Own Adventure” plays June 1st at 1:00 and June 3rd at 6:15
Rhonda’s Party 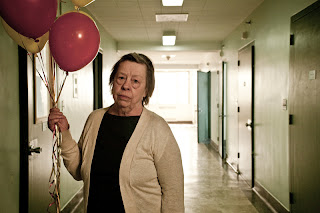 One of the more intriguing Canadian entries in this year’s roster of shorts is Rhonda’s Party, directed by Ashley McKenzie. Rhonda’s Party stars Karine Vanasse of Polytechnique as a nursing home attendant who must deal with grief in what should be a time for celebration. The Toronto Premiere of Rhonda’s Party appears within the “Golden Girls” portion of the Official Selection, which also features the North American premieres of works by filmmakers from Denmark, Switzerland, and Bosnia and Herzegovina.
-“Golden Girls” plays June 1st at 3:15 and June 3rd at 8:30
Wild Life 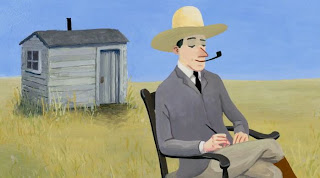 Another Canadian film of interest is Wild Life, which has its World Premiere among the WSFF Official Selection package “ No Place Like Home.” Wild Life is an animated odyssey of National Film Board Canadiana by Oscar nominees Amanda Forbis and Wendy Tilby.
-“No Place Like Home” plays Jume 1st at 8:30 and June 4th at 2:15
It is Nothing (Ce n’est rien) 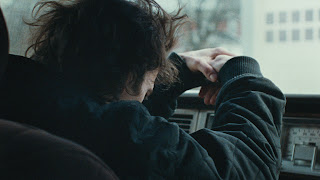 Expect a mad rush of moviegoers fighting over tickets to see the “Accidental Witness” package in the Official Selection. It is Nothing represents Canada at this year’s Cannes Film Festival, but you can catch its North American Premiere at WSFF. That’s probably a smarter option, too, since a trip on the subway is, like, three dollars, while a return trip to the Croisette will cost you almost a grand. More importantly, you’ll want to see this devastating film with a Canadian audience and share in the excitement of witnessing the work of one of the most promising filmmakers in Canada.
-“Accidental Witnesses” plays June 2nd at 8:30 and June 3rd at 4:00.
You Are So Undead 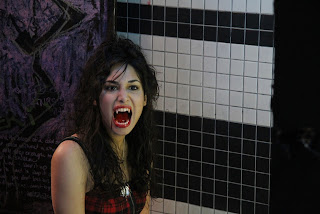 Vampires and romance are two things that the Twilight franchise has yet to combine successfully in its first three instalments. You Are So Undead, however, riotously spoofs the horror genre with this clever take on a girl’s first time. You’ll laugh just as hard as you did when Edgar first sank his teeth into Bella. The only difference is that this film by Canada’s Alex Epstein is funny because it’s supposed to be.
-You Are So Undead plays in the Official Selection’s “One Night Stand” on June 1st at 7:00 and on June 4th at 12:30.
Two’s a Crowd

I recently caught Two’s a Crowd during my trip to Hot Docs and I highly recommend it. Two’s a Crowd is a documentary about a New York couple named Allen and Collette who move in together after four years of marriage. They’ve been living apart since they said “I do,” but money matters lead them to condense their lives into one small apartment. Two’s a Crowd plays amongst the “Laughter Without Borders” program of the Official Selection, which is quite appropriate given that it offered an enlightening take on contemporary attitudes of marriage when it played with the funny Czech/Slovak documentary Matchmaking Mayor at Hot Docs.
-“Laughter Without Borders” plays June 4th at 9:30
(Another movie that caught my eye from this program is The Dark Side, a parody of the 2009 hit The Blind Side… the idea of Sandra Bullock winning the Oscar is a punch line in itself, so I can’t wait to see this!)
Moves: The Rise and Fall of the New Pornographers 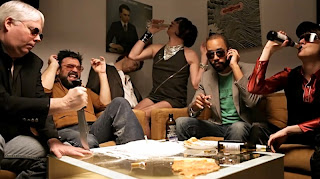 The New Pornographers cram the history of their rise and fall in a mere two minutes. They also find time to meet some celebrities and have some fun. The New Pornographers plays in the “Scene not Herd” program, which offers a selection of the most widely screened and under-appreciated short films: music videos. “Scene not Herd” also includes videos for The Scissor Sisters, TV on the Radio, and Buck 65.
-“Scene Not Herd” plays June 3rd at 9:30
The Thief 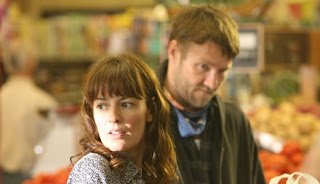 Here is one that I’m really looking forward to: The Thief, which marks the directorial debut of Rachel Weisz. (FYI to Weisz’s publicist, if she’s in town for WSFF, I’m tracking her down for an interview for my thesis!) The Thief is based on a true story and stars Rosemarie DeWitt from Rachel Getting Married and “Mad Men”, as well as Animal Kingdom’s Joel Edgerton. Weisz’s film is part of the second Celebrity Shorts program, which has the most A-List credits of the festival both in front of and behind the camera. “Celebrity Shorts 2” also features films with Colin Firth, Keira Knightley, Anthony Hopkins, and Debra Winger.
-“Celebrity Shorts 2” plays June 3rd at 7:00
Sergeant Slaughter, My Big Brother 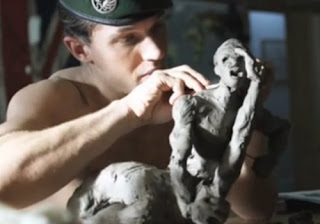 Sergeant Slaughter probably received the biggest “whoop whoop!” from the crowd at Sassafraz, mostly because the MC announced the opportunity that most female (and many male) moviegoers having been dreaming of since they saw Inception: Tom Hardy in the buff. Hardy drops his pants in Sergeant Slaughter, which plays in the “Celebrity Shorts 1” program. The first “Celebrity Shorts” ironically features a new short The Full Monty director Peter Cattaneo, as well as films starring Imelda Staunton, Stephen Fry, and In the Loop’s Gina McKee. They all keep their pants on in their movies, so expect the stars to aim many jokes at Tom Hardy by saying that shorter is indeed better.
-"Celebrity Shorts 1" plays June 2 at 7:00 and June 5 at 7:15
Worldwide Short Film Festival features dozens of other big-ticket films, so check out the full details at www.shorterisbetter.com. And don’t forget to check back here for reviews during/after the festival!
Posted by Pat Mullen at 5/13/2011 01:11:00 PM