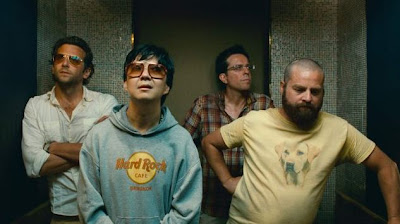 This will just be a quick one since there isn’t a whole lot to say about The Hangover Part II. It’s a bit of a disappointment, frankly. Sure, it’s a lot of fun to see the Wolfpack back together again, but while their drunk and disorderly conduct still provides a chuckle, this follow-up to the 2009 smash hit just isn’t up to snuff with the original. 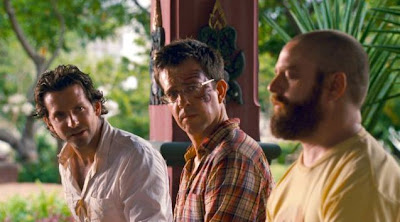 Part II is basically The Hangover recycled, but with the setting changed and the grooms switched. This time Stu (Helms) is getting married in a destination wedding in exotic Thailand. Once again, someone goes missing after the boys go on one hell of a bender, and Stu, Phil (Bradley Cooper), and Alan (Zach Galifianakis) must find the missing man so that the wedding can take place. The hunt is particularly important to Stu because the missing party is his bride’s little brother (Mason Lee), who also happens to be the prized possession of his disapproving father-in-law. Fans of the original Hangover should recall that this is actually Stu’s second wedding: in the first movie, he married a hooker played by Heather Graham (the sequel really suffers from her absence). 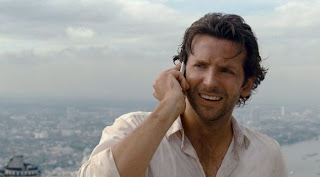 Not only is the plot familiar, but much of the same jokes and devices that made the original so fun and surprising are used again in an effort to squeeze out any extra mileage. The film opens with the same cellphone-call framing device and it once again ends with an outlandish slideshow of the night’s events. The over-similarity is the film’s biggest disappointment since the original was so fresh and surprising. Some of the reused gags, however, are still funny the second time around. For example, Ken Jeong reappears as the flamboyant Chow, and he easily delivers all of the film’s best lines. Some of the new jokes are pretty tasteless, though, and they rely politically incorrect cultural stereotypes (but they’re not Sex and the City 2 bad).

Like many second helpings, Part II is funny enough to earn a passing grade, especially if one factors in the strong production values that frequently help Phillips’ movies rise above other frat-boy comedies. Hangover Part II is undeniably funny, just not in the same bellyaching way the first one was. Moreover, as far as raunchy comedies of 2011 go, the groomsmen of the Wolfpack just can’t out-funny the Bridesmaids.