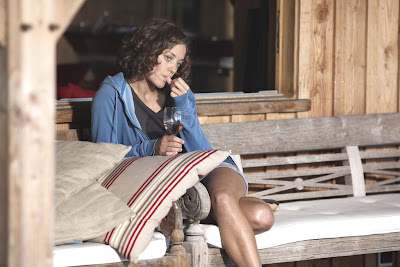 Take two plants and place them by the windowsill. Give each plant equal amounts of water and, if necessary, some plant food. After, take one plant and give it some good vibes: tell it it’s pretty, or comment on how well it’s growing. Do the opposite to the other plant: lie to it; tell it that it’s ugly and that it will never amount to nothing.

According to the tales of old wives, the first plant should blossom thanks to all the positive energy, but the other plant should wither and perish. In Little White Lies, writer/director Guillaume Canet swaps the plants for two jars of rice, but he still provides a nice metaphor for all the seemingly innocent untruths that the friends tell one another to keep up appearances. These little white lies eventually plant seeds of doubt in the friends’ minds, and risk disintegrating the group. 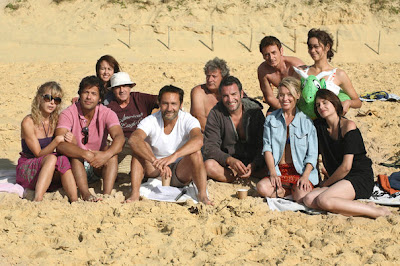 The first lie the friends’ tell themselves is also the biggest. One of the friends, Ludo (Jean Dujardin) winds up in the intensive care unit after being in a serious motorcycle accident – an opening sequence that Canet films brilliantly. Ludo slips in and out of consciousness, and barely registers the group’s presence, so the friends convince themselves that they can’t do anything for him until his condition improves and, therefore, they should keep their plans for the annual retreat to the cottage owned by Max and Vero (François Cluzet and Valerie Bonneton). This seems like a rather insensitive move, particularly on the part of Ludo’s girlfriend Marie (Marion Cotillard).

The friends all offer enough reasons for going and they soon escape the troubles of the city. Each of the friends, however, brings a worry along for the holiday: Marie remains concerned whether she did the right thing by leaving Ludo en Paris; Max is terrified of his best friend Vincent (Benoit Magimel), as Vincent expressed some homoerotic attraction to him only the day before leaving. Éric (Gilles Lelouche) and Antoine (Laurent Lafitte) both spend the holiday in endless fear that their respective girlfriends are no longer attracted to them. Throw in some unsatisfied wives, some whiny kids, a few mischievous weasels and a killer soundtrack, and you have yourself a good old-fashioned holiday. 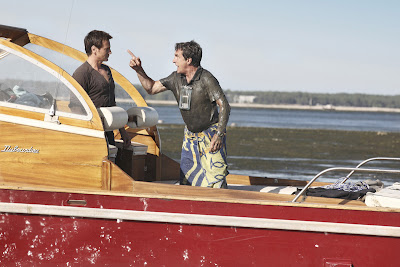 Canet handles the foibles of the neurotic friends with maturity and care. Despite the excess of storylines, the threads overlap without contrivance or confusion; moreover, Canet pits the ensemble in many comical situations that are as funny as the best anecdotes from a memorable summer holiday. An actor himself (appearing in the current film Last Night), Canet also draws terrific performances from a uniformly strong cast. Each member of the group benefits from some monologues and standout moments, but they’re best when they work together, offering a friendly reunion akin to The Big Chill. Particularly good are Marion Cotillard (Canet’s real-life sweetheart), Gilles Lelouche, and François Cluzet (whom one could easily confuse with Dustin Hoffman, both in looks and in skill).

Despite the engagement of the cast and narrative, Little White Lies is exhaustingly long. The film has perhaps one storyline or visiting character too many, and some scenes could arguably have benefitted from a little tightening. It’s unfortunate that audiences might tire by the two-hour mark of Little White Lies, as the latter act of the film is easily its most surprising and best. Canet does an excellent job of wrapping up the drama honestly, and the strong efforts of the cast offer enough worthy material to excuse the excessive runtime.

Even better the second time around – as you’ll recall, I saw most of the film at TIFF without sub-titles – Little White Lies is an adorable and realistic film with characters that are both flawed and compelling. A poignant story of friendship and lust for life, Little White Lies shows that friendship best survives with a little honesty, a little humour, and a few little grains of rice.