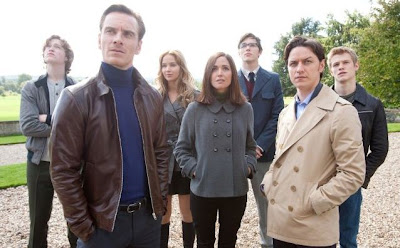 After the disappointment of Pirates 4 and Hangover 2, X-Men: First Class proves that a franchise film can still be a good film. Instead of continuing where the third X-Men left off, First Class starts at the beginning à la Star Wars: The Phantom Menace in order to explore the origins of the characters from the first trilogy. Thankfully, though, First Class is not the lumbering turkey of George Lucas’s woeful misadventure with Jar Jar Binks. Fans of both the comics and the original X-Men films will surely relish the opportunity to learn the backstory of their favourite characters. Those less in the know, however, will nevertheless enjoy the exhilarating escapism and non-stop action of X-Men: First Class. 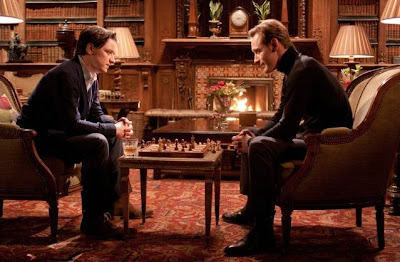 Replacing Patrick Stewart and Ian McKellan are James McAvoy and Michael Fassbender. At this point, Professor X is still the able-bodied Charles Xavier and Magneto simply goes by his given name of Erik. While First Class embellishes the beginnings of the mutants, it stays true to the background information that was provided in the earlier films. For example, First Class opens with the same scene of Erik discovering his magnetic powers in a WWII concentration camp; however, this time, the film explores the scene in more detail and grants more insight as to why Magneto uses his powers for his own gain, while Charles seeks to do good with his.
Erik’s motivation stems from his desire to avenge the death of his mother, who died at the hands of the Nazi Sebastien Shaw (played with delicious villainy by Kevin Bacon). The early part of First Class sees Erik on the hunt for Shaw. At the same time, Charles begins working with CIA officer Moira MacTaggert (Rose Byrne) to establish a secret-ops program that uses the powers of newfound mutants. At Charles’s side is his best friend Raven, played by Jennifer Lawrence (who looks just as good in blue body paint as Rebecca Romijn does). Raven is one example for which the earlier films make First Class quite intriguing: as viewers well know, Raven’s blue-bodied Mystique is a villain in the first film.

Once Charles, Moira, et al recruit enough fellow mutants, they encounter Erik. As it turns out, he is on the same quest as they are. Soon , the X-Men find themselves in pursuit of Shaw, as well as his own band of mutant baddies, led by the icily alluring Emma Frost (January Jones, trading in Betty Draper’s 60’s suburban threads for some sexy 60’s sci-fi chic). Shaw’s plan is to start World War Three, and the film situates the plot within the events of the Cuban Missile Crisis. 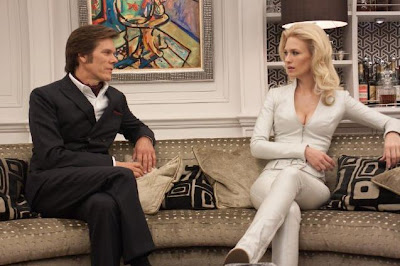 X-Men: First Class succeeds above other recent follow-ups because it places equal focus on furthering the story and the characters in addition to providing the spectacle that made the first films so successful. At times, the character development becomes a burden, as the film digresses into too many moments in which the characters give speeches to one another about the greatness of their unique special gifts. The scenes are woefully cheesy (not Wall Street 2 cheesy, though) and the actors sell them best they can, but it’s a bit off-putting to see so much sentimentality. (And for a film that credits six screenwriters, these scenes cry, “overwritten!”) To the film’s credit, though, its digestible morale demonstrates that it has a lot more to offer than most gung-ho action movies.
Script blunders aside, First Class is a thrill. It has great action sequences and it showcases terrific special effects work. The new cast members all contribute worthy incarnations of the superheroes, and there are some fun cameos by the veterans of the series. While not a perfect movie, X-Men: First Class is a rare sequel done right. I look forward to the next one!
X-Men: First Class is currently playing in wide release.
Posted by Pat Mullen at 6/10/2011 02:03:00 PM