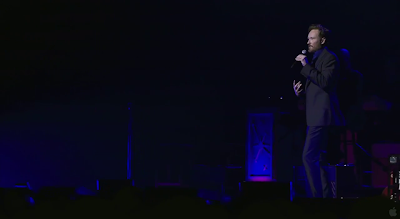 Conan O’Brien is a machine. A tall, goofy, redheaded machine. As the documentary Conan O’Brien Can’t Stop reveals, the late-night talk-show host thrives on the spotlight. “I’m like Tinkerbell,” O’Brien says, “Without applause, I die.”
Not only is O’Brien like J.M. Barrie’s pixie sidekick, but he bravely takes a moment in the film to pick himself from his Joaquin Phoenix-like dishevelment and compare himself to Anne Frank. “We both took a stand for something,” he says. 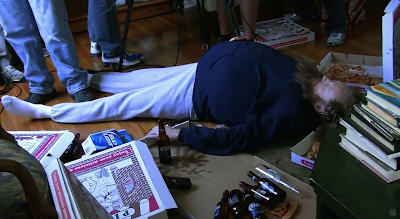 O’Brien, however, fares much better than Anne Frank did. The stand he refers is, of course, NBC’s 2010 Holocaust on late-night TV in which the network sidelined O’Brien’s career as the new host of “The Tonight Show” and cut him a severance when he refused to comply with being bumped to the midnight slot. Not one to go down without a fight, O’Brien quickly launched The Legally Prohibited from Being Funny on Television Tour to keep him busy during the six-month on-air ban than accompanied his deal with NBC.
Conan O’Brien Can’t Stop opens with a scant recap of the events that lead to O’Brien’s comedy tour, but the exposition focuses primarily on O’Brien’s frustration with the situation, as well as the outpour of support from his fans. In fact, some of the fan rallies presented in the film are so surprising and outrageous that they come-off as mockumentary parodies. Most of the film, however, chronicles O’Brien as he prepares his tour and then it follows him on the road. 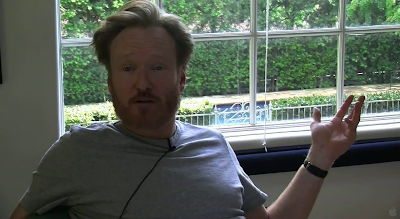 The film works very well as a backstage pass into the goings-on of the showbiz industry. The energetic rehearsals/performance and the non-stop schedules seem exhausting, but director Rodman Flender’s camera carefully captures the efforts of O’Brien and his entourage to deliver quality material on a constant basis. It is a serviceably rendered film from an artistic perspective – aside from some minor gaffs in the sound quality and some awkward cutting, the film is fairly well assembled for a production that was presumably rushed in the early stages. 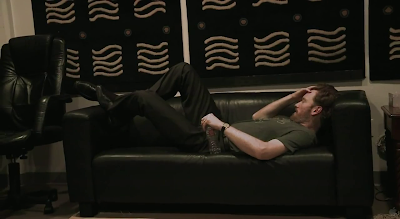 Most impressive is O’Brien’s positive reversal of his departure from NBC and his endless ability to enliven the mood with quick zingers and deadpan sarcasm: it’s often difficult to determine whether O’Brien is lampooning, praising, or deriding his friends/employees, but they seem to appreciate the comments all the same. Conan O’Brien Can’t Stop is relentlessly funny thanks to the energy of its subject. The doc also offers extended snippets of O’Brien performing Legally Prohibited, many of which are laugh-out loud funny. Equally hilarious are the inevitable post-performance pow-wows in which O’Brien and his collaborators mock and bemoan their need to please the hordes of screaming fans.
While the film certainly succeeds as a fun behind-the-scenes diary, Flender doesn’t really capitalize on the opportunity to interrogate the mechanics of the industry that lead to O’Brien’s comedy tour, nor does the film delve too deeply into an examining the perilous workaholism of celebrity. True, the film acknowledges such things during sequences that record O’Brien’s interaction with his fans and his volunteer performances on his days off, but the film presents nothing near the brilliant and damning exposé of show business offered in, say, Joan Rivers: APiece of Work. Conan O’Brien Can’t Stop is therefore an entertaining glimpse into the life of a great entertainer, yet it’s an unfortunately superficial one too. Nevertheless, since O’Brien is on fire both onstage and off, the film is mostly a fair and commendable portrait of a born performer.
Posted by Pat Mullen at 7/15/2011 02:06:00 PM