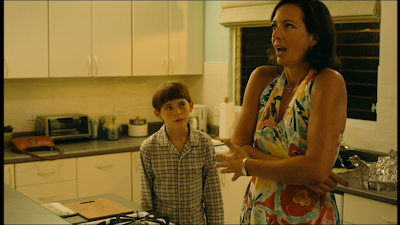 Allow me a few minutes to plug Todd Solondz's brilliant suburban satire Life During Wartime. A smart, funny, and insightful glimpse into the lives of three sisters, Life During Wartime cleverly scrutinizes the repercussions and follies of Bush-era America. From pill-popping preteens to gaudy strip malls to terrorists and China, nothing emerges unscathed in this unsettling essay on post-9/11 culture. 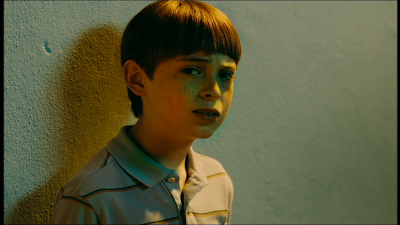 This edgy black comedy features a tremendous ensemble cast, particularly Shirley Henderson, Ally Sheedy, and stand-out Allison Janney as the three sisters, as well as Charlotte Rampling, Paul Reubens, Michael K. Williams, Ciaran Hinds, Pich Pecci, and newcomer Dylan Riley Snyder as Janney’s angst-ridden son. Life During Wartime is a must for fans of timely irony and solid filmmaking.
I missed Life During Wartime during its theatrical run in Ottawa last Fall. It played in the midst of TIFF, so I simply didn't have time to mosey on over to the Bytowne and see it. It's now out on DVD/Blu-ray and it's worth seeking out (and I really mean seek, since only three Blockbuster's in Ottawa got it - mine didn't, of course!). Better yet, head on over to the 50% off Criterion sale at Barnes and Noble: Life During Wartime got a special/pimped out release from the forerunners of 'Top Shelf' editions of classic/arthouse cinema. (The vibrant cinematography by Edward Lachman surely makes the film worthwhile on their pristine high-def transfer.) You'll want to pick up a copy after seeing it anyways, so save yourself the time and/or seven bucks it costs to rent the film! I might have to place a second order...