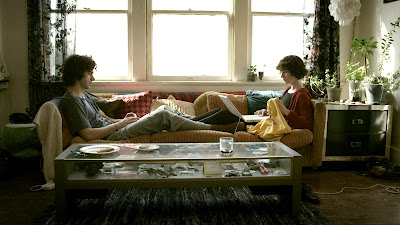 “Time just gets away from us,” says Mattie in the closing monologue of True Grit. While Mattie’s reflection of times ye olde caps off the signature satire of the Brothers Coen, another auteur-driven black comedy takes an artful look at the fleeting nature of time. Miranda July’s new film The Future looks at what is in store in the days to come. It’s not often pretty, but as with the epitaph Mattie shares as she fades into the sunset, The Future makes one wish we could catch time with a lasso.
The Future immediately marks its shelf life in the opening scenes. Sophie (Miranda July) and Jason (Hamish Linklater) are sitting in their bland apartment discussing an adoption. “It’s only a few months,” they say, but then they realize how those months become years, and then decades, and so on.  As Sophie and Jason laze about and muse on the future, it seems that they have plenty of time to waste given their devotion to the inanities of Facebook and YouTube. When Sophie and Jason finally decide to become adults and adopt a homely cat, Paw Paw, the veterinarian at the animal shelter gives them a window of thirty days before they can bring the critter home. 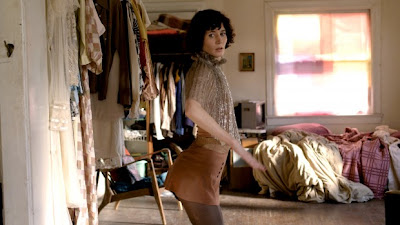 Sophie and Jason therefore embrace this month as a short time frame in which they can stabilize their lives. Both quit their jobs and find rather irrational hobbies to fill their voids: Jason becomes a door-to-door guru for climate change while Sophie aspires to become the queen of YouTube dance videos by filming thirty dances in thirty days. Neither task is particularly successful, but they introduce both partners to new parties that alter their lives dramatically.
The first is Joe (played by his real life inspiration Joe Putterlik), whom Jason encounters via a Pennysaver ad. Joe is an old man whose love for hoarding and selling knick-knacks grants Jason some perspective on the path of his relationship with Sophie. Sophie, however, begins rendezvousing with Marshall, a sleazy artist and single dad. Marshall gives Sophie a chance to walk on the wild side, but he ultimately has her dancing in the dark when it comes to her commitment to Jason. The digressions of Jason and Sophie’s relationship are both frustrating and conflicting: how can one care about these protagonists who seem so conscious on their chosen paths of self-destructiveness? 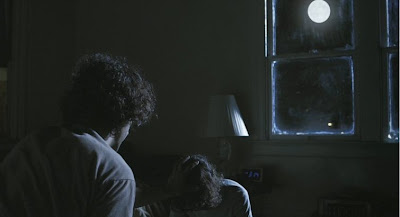 Despite the initial cloudiness of The Future, the sun manages to sneak through. Just when the relationship between Jason and Sophie seems beyond repair, Jason tests his self-proclaimed ability to freeze time. The result gives him a moment to breathe and reflect upon his course of action; however, it also problematizes his ability to reverse the past, for, as Mattie says, “Time just gets away with us.” In the latter half of The Future, Miranda July explores the convoluted intricacies of the man-made concept of time. Her formal and conceptual analysis of the world’s temporal intervals is as experimental and intriguing as a strong modernist novel: The Future is provocative in its cautionary musings on maturity, and it’s highly poignant and thought provoking. It is also fresh, daring, and original.
The stimulating denouement of The Future, however, might lead one yearning for the ability to turn back the clocks. The exposition and rising action of The Future are not quite as strong as the film’s latter half, thus leaving one with two puzzle pieces that do not quite fit together. In a sense, this is July’s strength as a filmmaker: her idiosyncratic routine leaves one irked and befuddled, but in a giddy, enlightened way. The unevenness of The Future prevents it from achieving the wondrous vitality and artistic audacity of July’s freshman feature Me and You and Everyone We Know, but it’s still a bracingly unique film. The Future surely has enough oddball wit and knee-jerk Napoleon Dynamite visual oddity to please fans of July’s previous efforts, as well as add some more followers to her legions of fans. 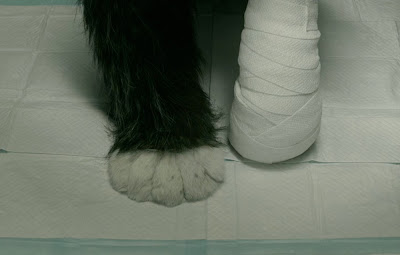 Through it all, though, July provides one truly ingenious device that holds the film together. The glue of The Future is Paw Paw, who serves as a counterpoint to the humans’ passage through time. Voiced by July herself, Paw Paw narrates her month in the cage as she awaits the pick-up from Jason and Sophie. Detached from the actions of her future owners, Paw Paw provides some purrfectly inspirational reflections on the need to embrace the time that remains. Paw Paw’s final voice-over is particularly affecting – The Future might have offered a more sophisticated, open, and inviting finale had it concluded with Paw Paw’s final thoughts as the screen dissolves into whiteness. The film continues with an unnecessary return to the present tense of Jason and Sophie’s relationship, thus muting the effect of Paw Paw’s strong monologue with some redundant action.
On one hand, The Future offers a mixed assortment of narrative episodes and striking visual art. On the other hand, July presents some deep philosophical conundrums that reject easy answers. The Future is therefore a film that is probably more enjoyable in the post-screening discussion than during the screening itself. That likely testifies to July’s strength as an artist, for good art always lingers beyond the present tense of the initial viewing.
The Future is currently playing in limited release.
Posted by Pat Mullen at 8/04/2011 09:45:00 AM