Beat, but not Broken 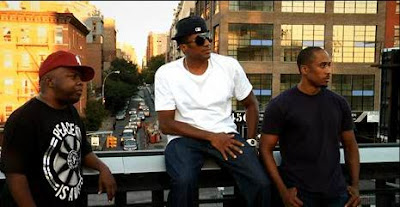 Beats Rhymes & Life: The Travels of a Tribe Called Quest is an obvious labour of love for director Michael Rapaport. The film features an exhaustive range of interview and archival footage of the hit 1990s hip-hop group A Tribe Called Quest, so much so that celebrity interviewees like Busta Rhymes, Mos Def, and Freddy Rodriguez appear only in the final credits. Using this wide range of material, Rapaport focuses primarily upon the testimony of the members of Quest themselves – Q-Tip, Phife Dawg, Ali Shaheed Muhammad – and other occasional collaborators.
Continue...
Posted by Pat Mullen at 9/29/2011 10:46:00 AM

Last night, I showed the opening scene of Black Swan to my Film 1000 groups to help facilitate our discussion on realism, formalism, dreams, and reality in Andrei Tarkovsky's Ivan's Childhood (1962). I think it helped. At the very least it provided a decent visual aid, since the only decent YouTube clip of Ivan has a crappy Lilith Fair song slapped on the soundtrack, which actually helped explain the difference between diegetic/non-diegetic music... After class, though, it occurred to me that I hadn't given Black Swan a decent mention lately, despite the fact that this site was practically founded upon my love for the Swan Queen. Not even a post on its spectacular Blu-ray release. Ah, well... Nina, here's to you!

Which contemporary films help inform your appreciation of the classics?
Posted by Pat Mullen at 9/28/2011 09:44:00 AM 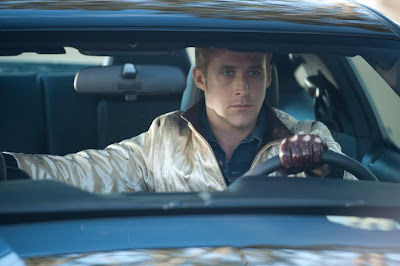 My second day at OIAF consisted of the “Canadian Showcase.” All the films, naturally, are by Canadian filmmakers. In addition to being a great vehicle for homegrown talent, the Canadian Showcase also served as a great platform for the National Film Board, as six of the eighteen films of the series are NFB productions.  First in the series was the energetic Fiesta Brava by Steven Woloshen. Fiesta Brava uses scratch on film techniques to animate the running of the bulls in Spain. This celebratory rendering of the event would make Hemingway proud! Olé!
Continue...
Posted by Pat Mullen at 9/25/2011 08:42:00 PM

When one festival ends, another begins. This week marked the annual Ottawa International Animation Festival, which you’ll be surprised to know is actually the world’s largest showcase of animated film. (Take that, Toronto!) Being slightly festivaled out from TIFF, I didn’t make it to as many OIAF screenings as I would have liked to, but I saw some good shorts nonetheless.
My first screening was the Shorts Competition Part 3. The series featured 17 shorts, whittled down from an amazing 2000 entries. The series began with Birds Walking, a hilarious and clever debut film by Stephanie Delazeri. Despite being one of the festival’s high school submissions, Miss Delazeri’s unique hand drawings and whimsical humour prove the old saying that the early bird gets the worm. (It’s best enjoyed with mustard.) Expect good things from her in the future!
Continue...
Posted by Pat Mullen at 9/25/2011 10:08:00 AM 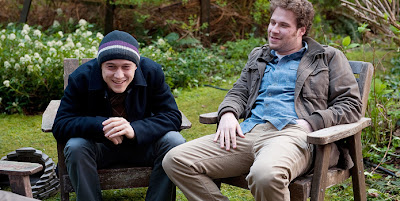 A few years ago, producer/writer Will Reiser was diagnosed with cancer at the young age of twenty-something. The odds that Reiser’s doctor gave were slim, but he beat them. Now, with the help of pal Seth Rogen, he subsequently channelled his experience into an autobiographical film. The diagnosis: Reiser’s film, 50/50, proves the age-old adage that laughter is the best medicine.
Continue...
Posted by Pat Mullen at 9/23/2011 09:04:00 AM

After winning the prize of Best Canadian Film at TIFF, Philippe Falardeau's Monsieur Lazhar wins an equally tight race to become Canada's official submission in the race for Best Foreign Language Film at the Oscars. It's a mild surprise, considering that the French-language Starbuck won the tighter race for the People's Choice Award, scoring the Runner-Up prize. Monsier Lazhar is a worthy choice nonetheless, especially as explained in the press release from Telefilm Canada:


Telefilm Canada, which chairs the pan-Canadian Oscar selection committee, is proud to announce that the feature film Monsieur Lazhar, directed by Philippe Falardeau, has been submitted as Canada's choice for consideration as a possible nominee in the Best Foreign Language Film category at the 84th Academy Awards, to be held in Hollywood on February 26, 2012.

This honour is only the latest of the awards the film has recently won. In August, at the 64th Locarno International Film Festival, Monsieur Lazhar picked up the Variety Piazza Grande Award, given in recognition of a work's artistic qualities and commercial viability, as well as the UBS Audience Award. After winning over movie-goers in Switzerland, the movie did the same at the Toronto International Film Festival, where it won the City of Toronto Award for Best Canadian Feature Film.

"Philippe Falardeau has enthralled audiences and critics alike with an outstandingly crafted film that deals with touching themes. Being in the Oscar race is a well-deserved honour for Monsieur Lazhar," said Carolle Brabant, Executive Director of Telefilm Canada. "The Oscar ceremony is an incredible springboard for both the movie and its country's film industry."

Falardeau's film is a warm audience-friendly film and arguably a departure from last year's Canadian selection - and nominee - Incendies, which was by all regards robbed. I reviewed Monsieur Lazhar on Awards Daily, calling it "a sweet film that pleases through the earnestness and conviction of its collaborators." Best of luck!
Posted by Pat Mullen at 9/21/2011 04:49:00 PM

This year's visit to the Toronto International Film Festival was the best so far. I saw twenty-nine movies in total (it would have been thirty had I been successful in rushing Le Havre) and there were many good ones (though none quite on par with last year's Black Swan). Here are my ratings for each of the films. Film titles link to reviews at Awards Daily and these will probably serve as the full reviews for the films... I really need to be writing my thesis instead of reviews. (Ha.)


Best of the fest 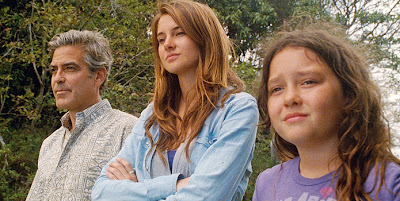 The new festival season is upon us! I'm back in Toronto for TIFF, but this year I'll be writing as a correspondent for Awards Daily, the web's top site for buzz and info on Oscar's heavy-hitters. (And everything else film.)

So check there for updates, or follow me on Twitter @cinemablogrpher. Also keep an eye on Awards Daily's other TIFF correspondent, @qwiggles, as well as AD's own streams, @Awardsdaily and @filmystic, and the festival's hashtag #TIFF11 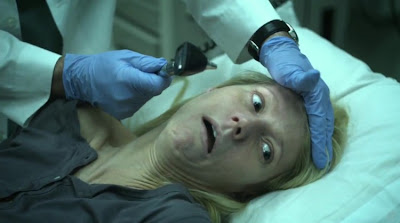 Despite some mixed luck in the lottery, everything turned out pretty damn spectacular for my festival this year. The only of my top picks that I missed completely are A Dangerous Method and Melancholia, but I will rush Melancholia and I replaced Cronenberg with the Premium Screening of The Descendants! The poor luck in the lottery also proved a good thing because...  I got gala tickets for WE NEED TO TALK ABOUT KEVIN and TAKE THIS WALTZ!

My TIFF line-up, starting with the Premium screenings (ie: stars in attendance):

A dark and brooding espionage film, The Debt is a classically styled spy film driven by flawed characters and narrative intrigue. The mission begins in 1997, when Rachel Singer (played by Helen Mirren) attends the book launch for her daughter’s new tell-all that details Rachel’s days as a Mossad agent during the 1960’s. Rachel, along with her teammates Stephan (Tom Wilkinson) and David (Ciaran Hinds), gained fame in Israel for their retrieval and execution of a notorious Nazi war doctor (Jesper Christensen). During the party, Rachel reads an excerpt from the eleventh chapter of her daughter’s book, which narrates how Rachel singlehandedly overpowered Doktor Bernhardt and shot him as he tried to flee the agents’ safe house.
Continue...
Posted by Pat Mullen at 9/02/2011 03:00:00 PM

Today's Special: Fish & Chips, with a Side of Ponce 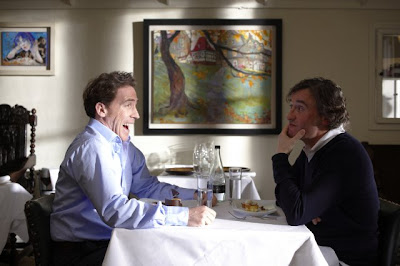 Just a quick one today! The Trip is enjoyable road movie that puts Brit comics Steve Coogan and Rob Brydon on a posh restaurant tour of Northern England. Each meal serves up plenty of wry British humour as the two funny men riff off one another in improvisational and wine-fuelled banter. As with all good things British, The Trip is also wonderfully poncey and it’s not afraid to offer a waft of pretension. The Trip surely is a talky film, but it’s consistently funny: at least 60% of the dinner banter comprises some spot-on celebrity impressions, with Michael Caine being the best. Director Michael Winterbottom occasionally takes the audience away from the droll chatter to give a peek inside the kitchen and shows the slavish care that goes into making the extravagant meals. I want a duck fat lollypop!