A Tale Told by an Idiot 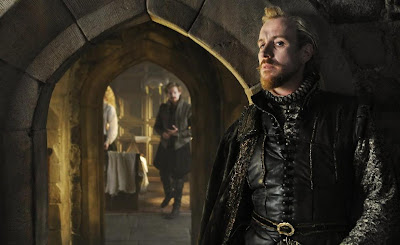 It is a shame that I already referenced “a tale of sound and fury, signifying nothing” whilst reviewing Julie Taymor’s disastrous 2010 adaptation of The Tempest. In my lambasting of her film, though, my passion for Miss Taymor’s previous works (especially Titus) caused me to withhold another phrase from said verse of Macbeth. It was a fortunate move, for the title of “a tale told by an idiot” is far more appropriate for Anonymous, the salacious Shakespeare romp by disaster director Roland Emmerich. 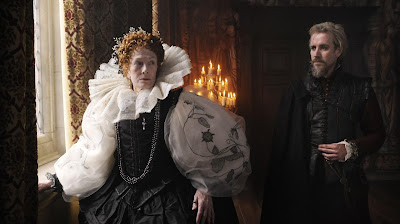 The film does the mystery some justice by weaving between the relationship of Edward de Vere, Earl of Essex (aka the supposed Shakespeare) and Queen Elizabeth I. The conspirators are played in the later years of Elizabeth’s reign by Rhys Ifans and Vanessa Redgrave, respectively, and in the flashbacks to their early days by Jamie Campbell Bower and Joely Richardson. (The casting of Redgrave and her daughter as the older/younger incarnations of Elizabeth is one of the more notable successes in the film.) Not surprisingly, however, the film favours a Tudors-style embellishment of the Shakespeare myth and boils it all down to heaving bosoms and the fury of a woman scorned. Nevertheless, it provides some anecdotes that give viewers something to chew on, especially in scenes depicting the young Edward in set-ups that later become pieces of his own plays. (The closet scene from Hamlet, for example.)
The premise of Anonymous is one that genuinely intrigues me. The mystery of whether Shakespeare’s plays were actually written by Shakespeare is the most exciting conspiracy theory to grace an English department. It encourages all sorts of interpretive leaps based on loose historical facts and a close reading of the Bard’s texts. Anonymous, then, has all the makings for an intellectually engaging and highly entertaining historical drama; however, the execution of this Shakespeare musing is a misfire.
My ire at the inanity of Anonymous sadly boils down to a trite case of “blame the director.” While Emmerich’s epic style is better suited to fare like 2012 (which seems more credible a musing by comparison), his blockbuster skills do the film some justice by its impressive CGI-recreation of Elizabethan London. Anonymous has fantastic production design and exceptionally tailored costumes. The skilled actors of Anonymous – Redgrave, Ifans, Richardson, and Derek Jacobi as the film’s Chorus – manage to rise above Emmerich’s pedestrian direction and deliver passionate work worthy of a Shakespearian tragedy. 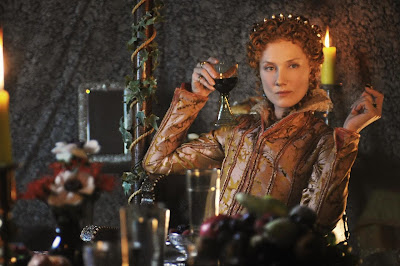 All the strengths of the conspiracy drama, however, are killed by Emmerich’s need to turn the story into a big dumb popcorn movie. The film flits from offering a moment of high drama to one of dull tomfoolery by a doofus Shakespeare (Rafe Spall) and a barrage of supporting players in fatally hammy performances. It’s not a slip into Bardolatry that makes me dismissive of Anonymous; it’s simply that the film is a gargantuan mess. There is no logic to the flashback sequences, or to haphazard intersecting of all the narrative threads. Moreover, the spectacularly staged performances of “Shakespeare’s” plays are frequently overshadowed by nonsensical action and overwrought dialogue. Anonymous is as tonally uneven as The Winter’s Tale. It’s just as dumb, too, and likewise memorable only for its woeful inscriptions of style over substance.
[Exit, pursued by a bear.]
Anonymous is currently playing in limited release.
Posted by Pat Mullen at 10/30/2011 08:49:00 PM