Dance, Dance, Otherwise we are Lost 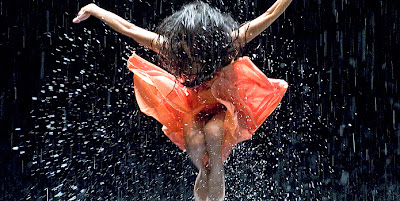 Running November 25-26, The National Arts Centre has an exclusive presentation of Danzon, a work by renowned choreographer Pina Bausch. To celebrate the event, the NAC, Mongrel Media, and the Goethe Institute will be hosting the Ottawa premiere of Wim Wenders' spectacular film Pina. Pina is a full length documentary that pays tribute to the late choreographer by presenting some of her most celebrated work inercut with archival footage and testimonials from members of her dance troupe. Wenders' stunningly captures the depth and complexity of Pina's dances by shooting the film in 3D - it's the first time I've seen a movie in which 3D really adds to the film experience. I saw Pina at TIFF (review here) and highly recommend that you make it out to this sneak peek! (It's also Germany's official submission to the Oscars, if that's an added incentive! Update: it also made the shortlist for Best Documentary!)

CORRECTION!!!! While it was originally reported that Pina was to screen at the World Exchange (as indicated on the NAC link posted above), the venue has changed:
Pina screens at the Empire Rideau Centre on Tuesday, Nov. 22
Posted by Pat Mullen at 11/08/2011 07:48:00 PM