From Méliès to Marty 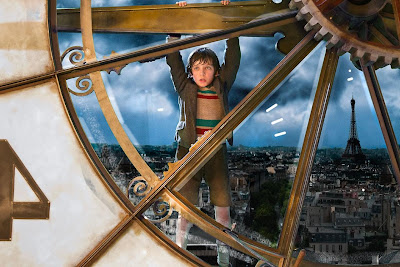 It takes a master filmmaker to make 3D seem credible. With Hugo, however, Martin Scorsese makes the added dimension an essential layer of the film. Whereas some directors seem mostly to enjoy the blatant cash grab offered by 3D glasses (aka James Cameron and his upcoming Titanic 3D), Martin Scorsese uses the 3D for more than visual fancy. In the case of Hugo, style is substance. 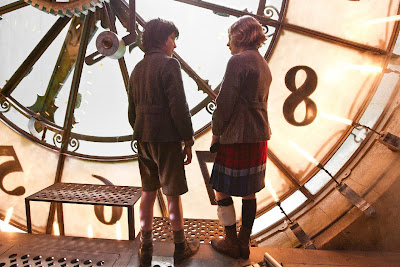 Scorsese makes the 3D work because it never looks superfluous. Nor does it make the director seem like a sell-out. Instead, Scorsese incorporates the added layer into the signature stylistic and thematic elements of his films. As with Gangs of New York or The Age of Innocence, the tracking camera in Hugo explores the intricacy of the labyrinthine city (in this case Paris); however, in Hugo, Scorsese weaves through the streets, alleys, and passageways, swooping under beams, panning around girders, and gliding through steam and fog. This may be a magical fable, but Hugo is still very much a “Martin Scorsese Picture.”
A cinephile can also appreciate the newfangled 3D because Hugo is very much a love letter to the cinema. The film tells of Hugo Cabret (played by Asa Butterfield from The Boy in the Striped Pyjamas), a young orphan working in Paris’s Gare du Nord, who passes his time tinkering on an old invention left to him by his father (Jude Law). It’s an automaton – basically a robot – but he lacks the key to make it work. Luckily, though, he befriends a young girl named Isabelle (Let Me In’s Chloe Grace Moretz), who might be able to help unlock the mystery. More exciting, however, is that Isabelle’s guardian, Uncle Georges (Ben Kingsley), is a toymaker and former magician. He also lived a past life as Georges Méliès, who is arguably the pioneer of formalist cinema. 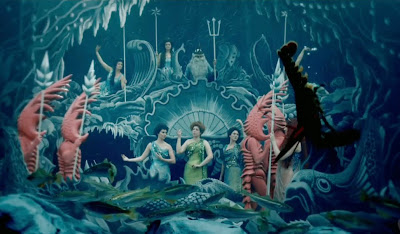 The latter part of Hugo sees Hugo and Isabelle learn of the magic of the movies by exploring the early work of Uncle Georges. Scorsese offers an enchanting meta-treatment of Méliès’ films by accentuating their dreamy atmosphere with the 3D effects. Fish swim before your eyes and stars dazzle with extra lustre. By paying homage to the cinema’s earliest wizard, Scorsese enhances the extra-perceptual element of the film experience, pulling one rabbit out of his hat after another. Particularly effective is how Scorsese uses the 3D to explain some of the earliest perceptions of film, especially in a hilarious rendering of the age-old anecdote about early audiences who allegedly panicked as they watched a train come hurtling towards them while they sat helpless in their seats. In Hugo, Scorsese literally has the train pop out of the screen, celebrating the early myths of cinema while realizing them as well. 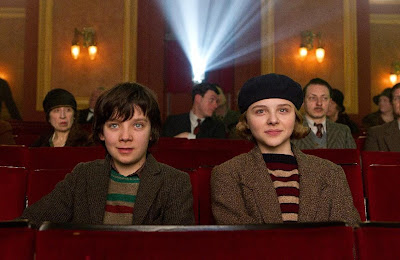 If there is any downfall to Hugo, it might simply be that 2011 has been a popular year for moviegoers to take a trip down memory lane. Woody Allen gave an inspired yarn on the importance of escaping the past in order to learn from it in Midnight in Paris (which, to me, remains the very best film of this year); more similar to Hugo, though, is the festival darling The Artist. Like Hugo, The Artist is a throwback to the early days of cinema, even going so far as to tell its tale in a silent black and white drama framed in 1.33:1. The magic tricks of Hugo are a marvellous delight, but the film doesn’t quite equal the overall charm of The Artist. Hugo  is equally well crafted from an aesthetic/technical perspective, but by comparison, Hugo is slightly less tight a film in its scripting and flow (especially in comparison to the brisk nostalgia of Midnight in Paris), losing some steam in a slow opening act and offering some unnecessary secondary plots that detract from the Méliès magic. (Particularly problematic is the station guard played by Sacha Baron Cohen, who has a disability that Hugo frequently plays for laughs.) The leads of Hugo are also comparatively lesser than the charismatic work of Jean Dujardin and Bérénice Bejo as the silver screen lovers in The Artist. Asa Butterfield is nevertheless quite impressive for a young performer, although Moretz is a bit too calculating as Isabelle, offering mechanics as distracting as early 3D effects.
Although Hugo is being marketed as a film for children, kids will doubtlessly miss much what makes Hugo so enchanting. The visual thrill of the film will nevertheless delight the younger members of the audience; however, Hugo is a film that older viewers will appreciate from start to finish, for it is essentially a brief history of film from Méliès to Marty. Hugo is a movie lovers’ dream, expertly realized by one of the cinema’s greatest directors.
Hugo is now playing in wide release.
(And for once I recommend seeing it in 3D!)
Posted by Pat Mullen at 11/27/2011 01:00:00 PM