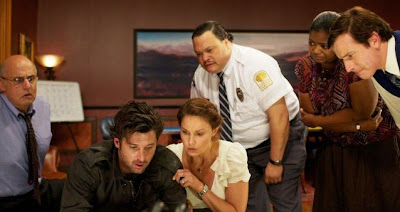 Brain dead "comedy" about an annoying jackass (Patrick Dempsey) who stumbles into a bank just as two different sets of crooks try to rob it. He falls in love with a bank teller played by Ashley Judd, and manages to thwart the criminal masterminds in the process. Or so it seems, although I couldn't really say since Flypaper is one of the stupidest, most annoying, and most poorly shot movies I've seen, so much so that I stopped watching.