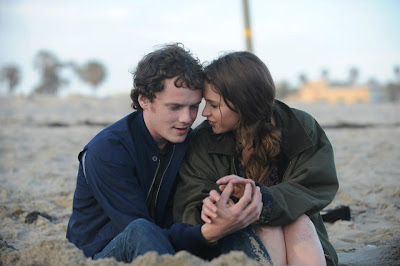 It started with a chair. The courtship of Jacob (Anton Yelchin) and Ana (Felicity Jones) in Like Crazy is at first brisk and sweet. Then, as a marker of some milestone they have reached, Jacob presents to Ana a chair that he made especially for her. Like Jake and Ana, the gesture, too, is sweet since Ana is a writer and she does all her work sitting at a stiff frumpy desk. Ana then looks underneath. On the underside of the chair, the words “Like Crazy” are etched in the hip scrawling of a black Sharpie.
At this moment, Like Crazy takes a bad turn. Writers Drake Doremus and Ben York Jones clearly make an earnest bid to deliver a profound moment; however, the hipness of the inscription “Like Crazy” reeks of self-consciousness. What initially passes as a natural, uncontrived love affair quickly turns into a forced and pretentious stab and trendy Indiewood cuteness. 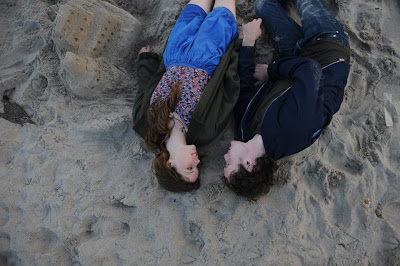 Like Crazy continues its collision course of aspired artiness by having Ana, a Brit living in America on a student visa, suggest to Jacob that she forgo her expiration date so that they can spend the entire summer in bed. What surmises is not an intelligent and evocative summer of love, but rather a wan montage of the lovers in bed, in various positions of slothfulness and in various colours of shirts and bed sheets to indicate the passage of time. It might earn a passing grade as a first year editing project, but the depiction of young love in Like Crazy is horrifically self-destructive through its choice to flitter through the essential days of Jake and Ana’s relationship. For this viewer, there is no love lost when the two part ways when Ana returns to England for her sister’s wedding.
The film then strives for tragedy when Ana flies back to America. Upon arrival, Ana is shocked to learn that she cannot enter the country because she ignored the restrictions of her student visa. Teary-eyed and distressed, Ana is deported, and Doremus presents the lovers as ill-fated as Romeo and Juliet. Is it not a bit naïve to think that true love trumps the migration laws of post-9/11 America?
As the film continues to probe the relationship of Jacob and Ana from a long distance, Like Crazy ultimately reveals itself as naïve. There is nothing sad or tragic about this story: this is simply a tale of two people torn apart by their own stupidity and selfishness. Poor Ana can’t come to America because Uncle Sam won’t let her, but Jacob won’t come to the UK, well, just because. Doremus also mutes the film by favouring film school montages a bit too frequently. Although they look lovely, they gloss over the core of the story, denying the viewer any investment in the lovers’ plight. 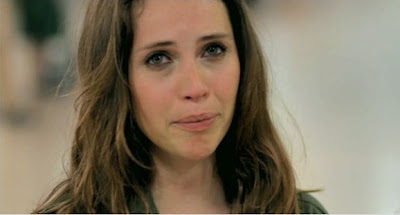 There is, however, one superior feat of storytelling in Like Crazy, and that is actress Felicity Jones. Jones has a remarkable ability to throw herself into her character head-over-heels, offering a beautiful, wholly nature performance as Ana. Had Doremus fixed the camera upon Felicity Jones’s face for the entirety of the film, Like Crazy might have been as good as gold. Alas, it doesn’t rely on Jones alone to convey the dramatic weight, so much of the potency of the film trickles out during the wan montages or the comparatively weaker emotive skills of Anton Yelchin. Perhaps the fatal flaw of Like Crazy is that the film heavily invests us in Ana, yet it offers little reason to care for Jacob. Either in the writing or in the cutting, the film seems solely interested in Ana’s emotional confliction but Jacob comes off as smug, remote, and oblique. When complications prevent Ana from reuniting with Jacob, one gets the sense that she is better off without him. 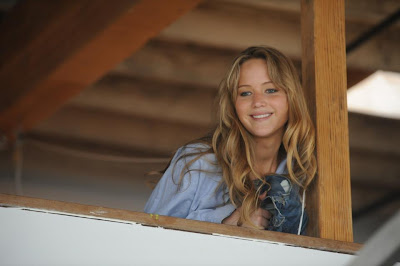 The film is also quite unfair to the supporting players in the romance of Jacob and Ana. Particularly in the film’s handling of Sam does Like Crazy treat the other parties cruelly. Sam is played by the radiant Jennifer Lawrence (who also played Yelchin's onscreen love interest in this year's The Beaver) and her performance makes Sam one of the more likable and sympathetic players in this messy love story. Like Crazy treats people as disposable, for when Jacob drops Sam for the sake of convenience, the film presents the act as another tragically beautiful conflict between he and Ana; however, Like Crazy ultimately casts Sam aside with little regard or concern for her feelings.
In all fairness, Like Crazy is vastly superior to its self-consciously hip counterpart Restless. Like Crazy has much potential, but Doremus overplays his bid for quirky cutesiness. Instead of being moved by the sweetness of Like Crazy, I was repelled by the smudgeness of it.
Like Crazy is currently playing at the World Exchange Empire 7
Posted by Pat Mullen at 11/20/2011 01:41:00 PM