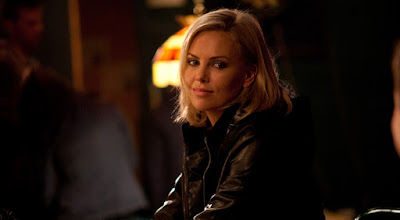 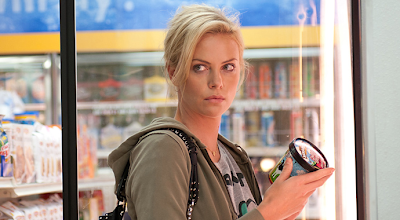 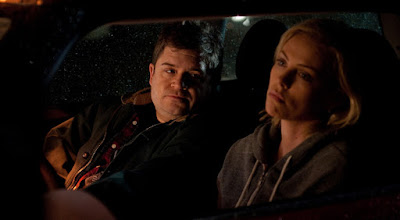 With Mavis, Young Adult offers one of the best, most dead-on character studies of the year. Theron is a marvel as this black-hearted Barbie: Mavis is perfect on the outside, but dead on the inside. Theron plays the superficial bitch to perfection. Each time Mavis squints her eyes and sizes up the losers who stayed in the dearth of suburbia. Theron gives one mean stink-eye: I felt like she was judging me!
Theron also sells Mavis’s pipedreams with the wry sharpness of a seasoned alcoholic. She sprouts Mavis’s b.s. with deadpan dryness, making Mavis one of those girls you love to hate. Perhaps that’s the aim of screenwriter Diablo Cody, who seemingly gives the middle finger to all those plastic twats from high school. Cody’s screenplay is darkly hilarious. It is nonchalantly cynical and it has a keen eye for the banalities of suburban living. Cody also taps in to the insecurities one has on making a name for oneself in the post-high-school decade, and for feeling the need to impress and out do. Young Adult might seem mean-spirited to some; however, if that is the case, it is delightfully so. Young Adult is a guilty pleasure, but it’s also sharp, smart, and honest. This is one high school reunion you don’t want to miss.
Posted by Pat Mullen at 12/23/2011 10:11:00 AM