To Havre and Havre Not 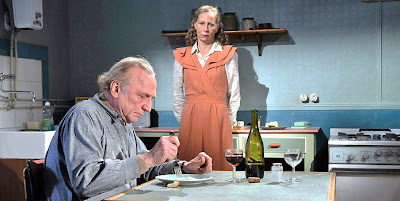 Marco Marx (an impressive André Wilms) is a man of the working class within the small French fishing village of Le Havre. He earns his living by shining shoes, supporting his devoted but ailing wife (Kati Outinen) and spending the rest at the local pub. He also reminisces about his past days as a bohemian in Calais. 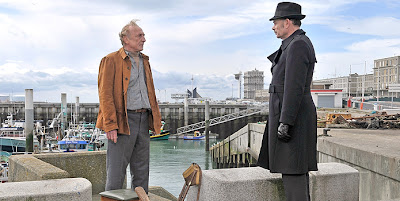 This is a small, subtle plot point that viewers should not overlook. Nor should they miss Marx’s vernacular French, as opposed to his wife’s clear diction. She keeps his status in France official, as inspector Monet (the funny Jean-Pierre Darroussin) frequently reminds Marco. 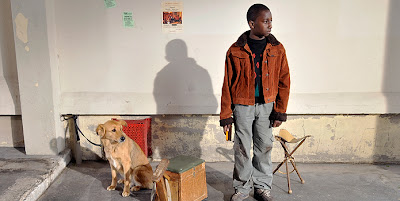 Monet is hot on Marco’s trail because a boatload of illegal immigrants surfaces in the small port. One, a young boy, escapes; however, Marco finds the boy and gives him a second chance, providing him the access to opportunity that he himself had not while growing old. The result of this honest, uncontrived story of inter-generational migration allows Le Havre to share a touching story of mobility and interconnectedness, except without falling prey to the cheap sentimentality of other films that oversimplify transnational politics in an effort to encourage a big group hug. The film is smart, insightful, and unafraid to examine both personal and systemic elements of access and mobility. The sparse visual style also keeps the film firmly anchored in reality, no matter how often it glides into the fun whimsical nature of, say, Amélie.
Add another worthy candidate to the list of submissions to Oscar’s Best Foreign Language Film category! Finland’s official contender, Le Havre, is a delight. It’s a strange, quirky, and consistently funny romp, but also a powerful, potent story of the haves versus the have-nots.
Le Havre is currently playing in Ottawa at The ByTowne.
Posted by Pat Mullen at 12/13/2011 11:11:00 PM