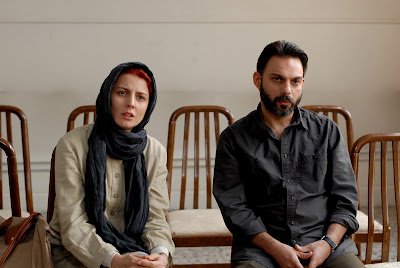 This review is admittedly briefer than most, but do not take it as a slight on the film. A Separation is, quite simply, one of those films that are so good that one would probably do it a disservice by describing it at length. Besides the facts that it won Best Actor, Best Actress and the Golden Bear at Berlin last year; was the runner-up for the People’s Choice Award at TIFF; and that it is Iran’s entry for Best Foreign Language Film at the Oscars, I knew nothing about the film going in. Neither should you, as A Separation contains one riveting plot twist after another. 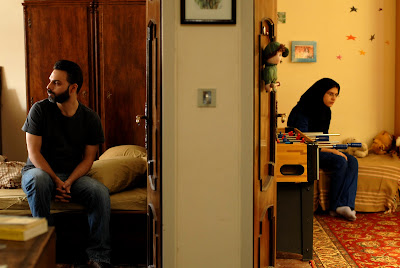 With each turn in the plot, which begins when a wife (Leila Hatami) leaves her husband (Peyman Moadi) after he refuses her a divorce, writer/director Asghar Farhadi ingeniously shifts our allegiance from one party to another. A Separation offers some of the most greatly realized characters in modern cinema – that sounds like hyperbole, but I assure you, it is not – all of whom are played to perfection by the film’s impressive ensemble. From Farhadi’s real-life daughter Sarina as the couple’s young yet cunning daughter to cast standout Sareh Bayat as their newly hired housekeeper, each performance in the film is by all regards flawless. 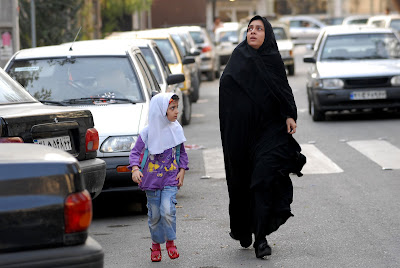 Expertly told and crafted, A Separation is truly a masterpiece. Farhadi shows that even a film made on the smallest scale can have the greatest power, for the complications of the films dexterous plot bring out larger underlying dynamics of class, gender, and religion, all of which are dealt with substantially and add to the intricacy and density of the story. See the film by any means possible. Hopefully the exposure of the Academy Awards will grant this film the exposure it deserves. If A Separation does not win this year’s Oscar for Best Foreign Language Film, however, the award should be considered redundant.
A Separation is currently playing at the Varsity in Toronto. It opens in Ottawa at the ByTowne on February 10th.
*Photos by Habib Madjidi ©, Courtesy of Sony Pictures Classics. (Via Mongrel Media)
Posted by Pat Mullen at 1/23/2012 02:40:00 PM