In Need of a Spanking 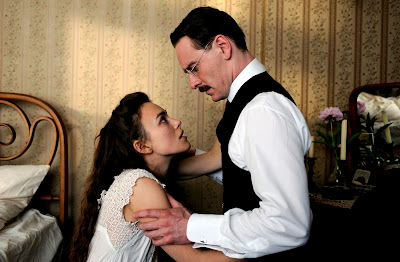 Add this one to the next edition of Weird Sex & Snowshoes. David Cronenberg’s much-awaited A Dangerous Method is a bit of a head-scratcher. The film hardly contains any of the explicit sex/violence that earned Cronenberg the reputation as Canada’s Baron of Blood, nor is it a mind-bender like some of the dramatic fare his mid-to-late career. A Dangerous Method is simply a bit lacking, which is a bit odd since the material seems right up Cronenberg’s alley. 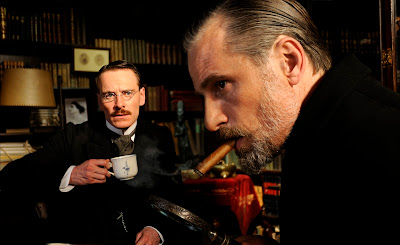 No stranger to psychoanalysis, Cronenberg’s films are often ripe with provocative images and sensational symbolism. Fans might recall the phallic bug things in Naked Lunch or that controversial vaginal scar on Rosanna Arquette’s leg in Crash. These are but two examples of elements where Cronenberg’s oeuvre invites a psychoanalytic reading, and Cronenberg’s films are so much the better for it.
It therefore seems fitting for Cronenberg to bring to the screen a spicy rendition of the origins of said dangerous method. The film tells of the tensions between the early figures of the theory, Carl Jung and Sigmund Freud, played by Michael Fassbender and Viggo Mortensen, respectively. As one might expect with Freud, this film has sex on the brain. 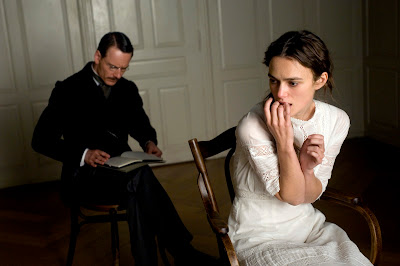 A Dangerous Method dramatizes the conflicts between Jung and Freud’s perspectives on psychoanalysis by depicting the quasi-love triangle between them and Jung’s patient, Sabina Spielrein. As played by Keira Knightley, Sabina is a raging fit of female hysteria. She shrieks, stutters, and moans, before her treatment as well as during and after. Knightley contorts her body into a series of painful positions worthy of Cirque du Soleil, and she conveys Sabina’s perceived madness by acting like a maniacal bobble-head as she regales Dr. Jung with her history, as she becomes the first test-subject of his so-called “talking cure.”
Knightley gives a dynamite performance. It’s fascinating to watch the actress take her skill to such a high level, although it’s frequently hard to forget that one is watching a performance. The visible acting might be more to blame on the rest of the production, however, since much else in A Dangerous Method is, well, surprisingly flat. 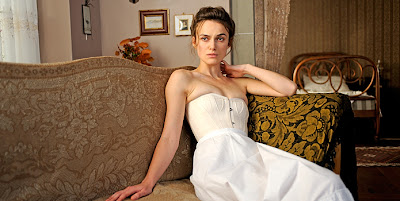 Mortensen performs well as Freud, but the role is frustratingly underwritten.  Fassbender, however, gets a good deal more to do as Jung and the actor performs capably. As far as performances in “Michael Fassbender sex movies” go, though, his Dr. Jung is not quite as masterful a role as Brandon in Shame is. He’s good nonetheless, especially in playing off Knightley, Mortensen, and a scene-stealing Vincent Cassel. None of the actors performs in the same league as Knightley, though, and the film suffers to some extent by scripting Sabina as its second-in-command.
Most surprising about A Dangerous Method, however, is how safely Cronenberg dramatizes the salacious tale. The film, adapted by Christopher Hampton from his play The Talking Cure, merely reworks the drama before a camera. Besides the added effects of playing out the conversations in shot/reverse-shot, or adding some tracking shots and a fake ocean liner, Cronenberg does surprisingly little to invest the play in the cinema. A Dangerous Method mostly amounts to a series of stiff conversations about the birth of psychoanalysis. Whereas the recent stage-to-screen effort Carnage smartly appropriated the stage origins of the production, A Dangerous Method succumbs to its stagy feel.
More frustrating, however, is how quickly the film moves. For example, when Jung first interviews Sabina, her testimony brings the film to a dark place, and Knightley’s realization of her character’s memories suggests that the film is heading in an exciting direction. Unfortunately, the film sails ahead two years and jettisons Sabina’s treatment to a mere dialogue between Jung and Freud. Same goes for the affair between Jung and Sabina, save for one good spanking. The film would benefit greatly from a bit more meat and a lot more spanking. At a brisk 95 minutes, A Dangerous Method could have easily provided more details and played out the drama in more depth; moreover, Cronenberg could have embellished the tale with his signature weirdness, which would have visualized and accentuated much of the tensions hinted at in the conversations between the doctors on the merits of their theory. It might simply be that Cronenberg treats his subject a bit too reverentially in A Dangerous Method. 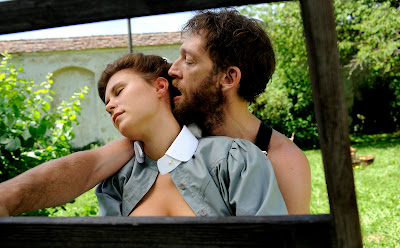 This is hardly to say that Cronenberg “sells out” with A Dangerous Method. (And I strongly object to claims that the director has done so in some of his more recent films, either.) Nor does the great director pander to material beneath his sensibility à la Steven Spielberg with War Horse. It could also be that A Dangerous Method reveals the perils of authorship theory, for the continued emphasis on recurrent traits and style simply leads viewers to expect a director to make the same film again and again. Fans might be disappointed that the film contains no exploding heads (although Keira Knightley almost delivers on that regard), but the shock value that makes Cronenberg’s films so exciting – and so unique – would simply be out of place in A Dangerous Method. The film still falls well within Cronenberg’s body of work, though, for it deals substantially with questions of identity, mind/body interplay and, best of all, aberrant sexuality. There is much to praise in A Dangerous Method, but if Cronenberg plays it safe again, he deserves a spanking.
A Dangerous Method is currently playing in Ottawa at The Bytowne, AMC, and Silver City.
*Photos courtesy Eone Films
Posted by Pat Mullen at 1/16/2012 10:44:00 AM