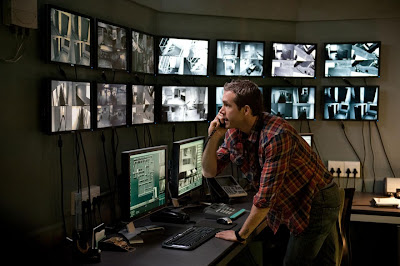 A rookie cop, a rogue veteran, and a corrupt system. We’ve seen them all before. Safe House is like a hybrid of the Jessica Chastain/Sam Worthington thread of The Debt and that misfired Tom Tykwer thriller The International. Throw in a heavy dose of Salt and the gritty stylishness of a Tony Scott movie, and you pretty much know what to expect. Safe House plays it safe by treading convention, but while it offers nothing new, the film is never boring. Instead, Safe House is quick, action-packed entertainment. 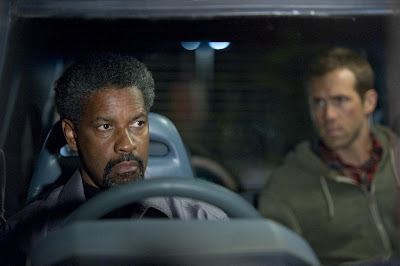 The rookie is CIA operative Tobin Frost (Ryan Reynolds). He is currently serving a z-grade post in Cape Town, South Africa, working as the guardian of a safe house that never receives a guest. He’s been serving the dull duty for twelve months and wants an upgrade. His boss, Barlow (Brendan Gleeson), simply tells him to tough it out until he proves himself worthy of a tougher assignment.
The rogue veteran is Tobin Frost (Denzel Washington). A former CIA operative, Frost is in Cape Town to make a deal with an MI:6 agent. Following the drop, the Brit gets his head blown off and Frost is on the run. Following a spectacular action sequence, Frost finds that his only recourse is the safety of the American consulate. This means that Frost is safe from the bad guys, but he must now surrender to Uncle Sam and explain his defection.
Following a call from Whitford (Sam Shepard), the man in the control room, Frost is taken off the map to become the first houseguest under Matt’s watch. Matt is thrilled that he finally gets some action, although the brutal torture Frost endures by the operatives is hardly the kind of business Matt expected. He’s so appalled/fascinated by the interrogation that he can’t look away, and he neglects his post of watching all the surveillance cameras that are monitoring the safe house. Matt gives new meaning to the phrase “one inept guard.” The house is hit; the agency men die. Under the influence of Frost, though, Matt conforms to his duties to protect is houseguest. He takes Frost on the lam. 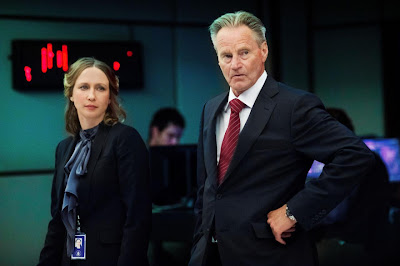 Back in the control room, tempers are aflame. Someone must have leaked the intel. Whitford, Bradlow, and their colleague Linklater (Vera Farmiga) all point fingers and devise new scenarios, leaving the rookie on his own until a tactical team can intercept Frost in 18 hours. The timeframe leaves plenty of room for Frost to give Matt the slip and reverse the cat-and-mouse game. Hungry to prove himself and buy a ticket out of the safe house, Matt fires back.
Denzel and Reynolds hold their own as they go head-to-head, although the former actor easily outshines his younger co-star. Denzel still packs a mean punch at his age and with his suave, unscrupulous attitude, he hardly works on autopilot despite the relative straightforwardness of the material. (Unlike some other actors, when making such films when they’re pushing fifty.) Most of the other characters are fairly one-dimensional, though, and it’s frustrating to see some good actors stuck with so little to do. 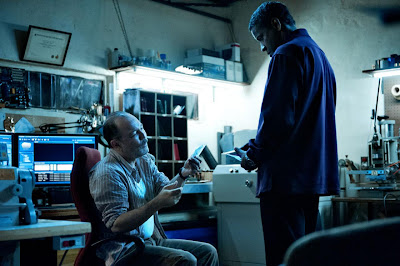 However, one does not go to films like Safe House to relish great acting. It’s an added thrill to see Denzel deliver, but for movies like this, it’s all about the action and Safe House certainly delivers in that regard. There are plot holes galore, and it’s a bit problematic to see the bad boys barrel through the South African shantytowns whilst unloading their guns, but Safe House is so slick and stylish that one can’t help but enjoy the mindless, politically incorrect entertainment.
The film tries to replenish your brain cells in the final act by having Frost explain why so many want to take him out. His excuse is a muddled message on freedom of speech, proactive disclosure, democracy, and yada yada yada. The political angle feels tacked on, if only to give the film a semblance of social relevancy. I was simply content with the escape offered by watching Denzel blow shit up, but I guess thirteen-year-old boys demand substance from their action thrillers. How times have changed.
The moralistic motivation given to Frost feels redundant, too, since the film merely notes it, and then switches gears in the last twenty minutes. Instead of having these spies debate the merits of Frost’s crime, the filmmakers take the easy way out and wrap things up with one inane bloodbath. It’s great action, but hardly anything that will make the film stand the test of time. Nevertheless, the solid production values and cheap thrill of entertainment are worthwhile. Safe House is a popcorn movie to be sure, but there’s no harm in that.
Rating: ★★★ (out of ★★★★★)