Blows in All Directions 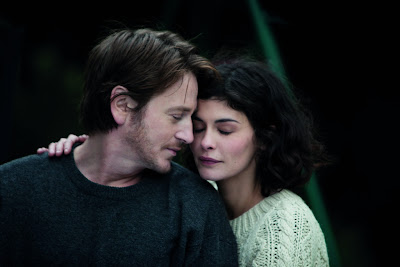 Based on the novel by Olivier Adam, Headwinds (aka Des vents contraires in its native France) demonstrates the perils of adapting a popular novel and presuming that many viewers are familiar with its tale and characters. Adam serves as one of the films four credited screenwriters, yet the narrative and tone feel a bit too manipulated, like they have been tinkered with and tweaked in painstaking labour. It’s unfortunate, then, that despite the obvious effort to convey a wide range of style and material, Headwinds blows in one direction too many.
Headwinds begins coherently enough, though, and jumps into the main thrust of the story via a turbulent argument between Paul and Sarah Anderen, a husband and wife played by Benoît Magimel and Audrey Tautou. Sarah, a devoted mother and doctor, accuses Paul of using his job as a writer as an excuse for slothfulness and as a pretext to avoid responsibility as a parent. Paul and Sarah both say some awful things to each before Sarah cries that she can’t take it anymore and storms out of the house. She is neither seen nor heard from again.

Unsure if their minced words prompted Sarah to leave him for good, Paul feels terribly and does his best to find her. After a few odd encounters and poorly explained events, Paul hauls his two kids off to Saint Malo, the seaside town where he grew up. Despondent over his wife’s absence, Paul is plagued by fear and guilt: he believes that Sarah will eventually come home, even though the police have already interrogated him formally concerning her disappearance. (Apparently.) 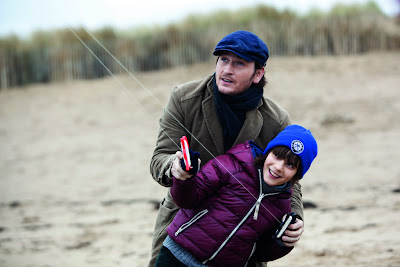 By bringing his children back to his own stomping ground, however, Paul reconnects with the people and places of his past and looks deep within himself to find the necessary strength to become the father he failed to be. As Paul, Benoît Magimel (Little White Lies) gives an impressive, soul-searching performance. Paul’s visible journey through hope and doubt is perhaps the one of redeeming quality of Headwinds.
Unfortunately, though, the film meanders as if afraid to commit fully to Paul or his children. It offers a series of bizarre episodes, such as a beachside coupling with an underage student, a teatime reflection with an elderly woman, and some driving lessons that feel ripped from Mike Leigh’s Happy-Go-Luck. There is also an odd mystery-thriller subplot in which Paul receives anonymous phone calls, but that thread does little besides introduce one of the film's stranger characters, a police inspector (played by Isabelle Carré) whose involvement in this story (and the next one) can only be described as bizarre and unprofessional. Strangest among the digressions, however, is a sequence in which Paul befriends the father of one of his son’s classmates (Ramzy Bedia). The father is visibly edgy and unstable; however, Paul helps him escort his child from the school and joins the father and son for a day at the beach. He even brings the kids. 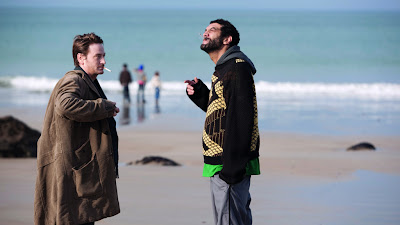 Paul returns to the schoolyard the next day and is questioned by the police. This father, it seems, lacked custody of the child and took him without the permission of the mother (Lubna Azabal from Incendies). Instead of doing the logical thing, Paul protects the father and lies to the police. He even aids and abets the father, and actually goes so far as to confront the mother and plead for clemency. The extended sequence presumably serves to show how much Paul has grown to learn the importance of being a father, for he tries in earnest to help the man who only wants to be with his son. Headwinds, however, undermines this little life lesson by having Paul’s coming-of-age odyssey happen by putting his children at risk to a wacky and wanted criminal and by affording a man an experience at fatherhood at the expense of the mother. Did Sarah’s visible pain during their last encounter not teach him anything? It seems that it did not. Sarah appears in a few ephemeral flashbacks and daydreams, but the play on presence/absence in Headwinds hardly has the same impact that it did in the melancholy Charlotte Rampling film Under the Sand (Sous le sable). One can hardly understand what purpose her memory serves to Paul. Nor can one understand why mega-star Audrey Tautou signed on for such a small and insubstantial part, despite the great material offered by the opening scene. 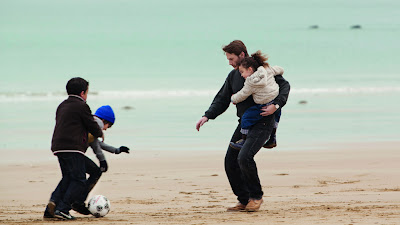 The narrative of Headwinds contains one ellipses too many and the style is far too fleeting. It’s often a delicate musing on interiority and introspectiveness, but it all seems without purpose, which is frustrating considering the film feels fatally overlong. Even the tacked on happy ending leaves too much to be desired. The film ultimately has a chill to it, offering a surprisingly cold denouement despite the pain that Paul and his kids endure. It huffs and it puffs, but Headwinds never blows forcefully enough to bowl one over.
Rating: ★★½ (out of ★★★★★)
Headwinds screened at the Bytowne as part of the Diverciné series put on by the Canadian Film Institute.