Into the Abyss
(USA/UK/Germany, 107 min.)
Written and directed by Werner Herzog. 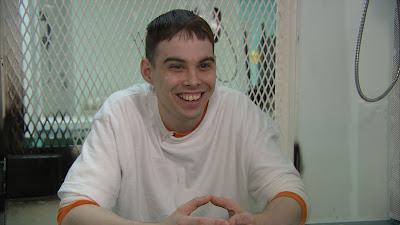 Into the Abyss is a meditation on the penalties of life and death as could only be achieved by director Werner Herzog. The filmmaker, who brought a unique philosophical inquisitiveness to non-fiction films like Grizzly Man, Encounters at the End of the World, and more recently Cave of Forgotten Dreams, once again probes the human condition in Into the Abyss. It’s a provocative and thoughtful study on capital punishment. 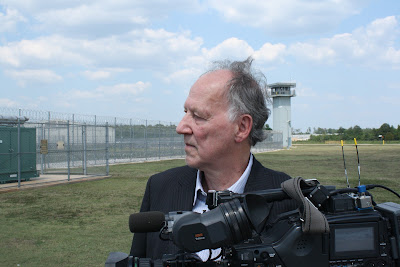 Herzog makes no claim to objectivity. In fact, he declares his opposition to the death penalty almost immediately. Using the case of two inmates who were tried and convicted for an incomprehensible triple homicide, Herzog asks how one can take the obvious fact of guilt and say that one person has the right to live while another should be put to death.
The subjects – Michael Perry and Jason Burkett – find themselves in this exact scenario. Both were convicted, yet only Michael awaits execution. As he informs Herzog, his death is only eight days away. Jason, however, received a life sentence, since the jury saw sufficient mitigating factors to save his life, such as being the child of a father who was always absent because he was in and out of jail throughout his son’s life. Death, Herzog shows, is hardly a fair fate when two people receive different punishments for the same deed.
The boys are convicted of a heinous crime, too, which makes the core of Into the Abyss a wrestle of morals. Perry and Burkett are guilty of murdering Sandra Stotler. They approached her house with the intent to steal her Camaro. They then entered the house and shot her – while she was making cookies. Perry and Burkett then killed Stotler’s son Adam and his friend, Jeremy Richardson, in order to gain access to the gated community in which Stotler resided so they could retrieve her car once they finished dumping her body in the lake. It’s a senseless act, but neither Perry nor Burkett seem fazed by it. 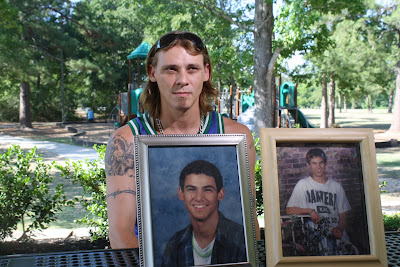 Perry admits to the murder of Mrs. Stotler, while Burkett avoids any claim of responsibility for the crimes. Neither man displays any clear sense of remorse of his actions, although Perry seems to have come to terms with how the sentence has altered his life personally. The film shows that the family members of the victims are forever affected by the deaths of their loved ones. By building such a strong case against the boys and by showing a sharp incongruity between the indifference of the criminals and the pain of the victims, Into the Abyss inadvertently makes a strong case in favour of the death penalty. One could easily observe the evidence Herzog presents and say that these men deserve to die.
Perhaps that is the point that Herzog is trying to make. Into the Abyss makes clear that whatever the circumstances are surrounding the crime, or the degree of culpability of the accused, capital punishment ultimately resides on a complex moral question for which no human ultimately has the right to deliver a verdict. Herzog advocates that whatever the situation, life should prevail.
The filmmaker makes a bold statement if one considers the evidence with which he chooses to make it. Perhaps a drawback of Into the Abyss is how easily one could use Herzog’s own case against him, since such emotional questions ultimately reside within the viewer. Alternatively, Herzog leaves the question open for debate, and once again extends the philosophical quagmire of his essay for the viewer to answer. It’s not the albino alligator of Cave of Forgotten Dreams, but Into the Abyss gives a controversial subject the moral weight it deserves, regardless of which side one falls on the scale.
Rating: ★★★½ or ★★★★(out of ★★★★★)
Into the Abyss is currently playing in Ottawa at The Mayfair (Bank St.)
*Photos courtesy of Mongrel Media
Posted by Pat Mullen at 3/25/2012 08:28:00 PM