A Call for Revolution 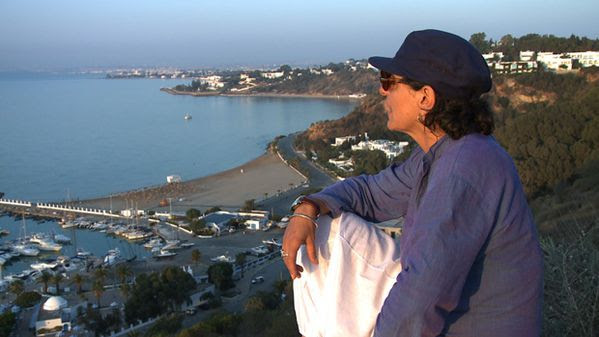 A provocative, if not incendiary, piece of activist filmmaking, Neither Allah, Nor Master! is an important documentary on the need for revolution. In the film, director Nadia El Fani examines Tunisia during August 2010 – before the fall of dictator Ben Ali and the ensuing Arab Spring revolutions. An avowed atheistic, El Fani puts herself as the subject of the documentary and asks why she should be lawed into following religious observances, as the other Tunisians of different faiths. Focusing primarily on the month of Ramadan, El Fani shows the complexities and infringements on personal rights and freedoms that arise in Tunisia when the nation enforces the rule of an unwritten law. Although it is not a Muslim state officially and although no Tunisian law stipulates that all citizens must follow such observances, El Fani shows a society bound by fear and suffocated by false law.
Often using a hidden camera or filming on the sly, El Fani captures the daily routines of people who must live in hiding, lest they be chastised for lack of faith. It’s a rough and simplistic production that often allows the actions of the people against the state speak for themselves. For example, one scene shows a cafeteria full of people breaking the fast of Ramadan, yet nearly all the subjects shy away in fear of exposure. El Fani also gets interviews from a variety of people, mostly women, and offers a range of testimony that pits a once strong society in decay. She also shows a society that can be indifferent to the practices of others, particularly in a scene in which she and others take a cue from a group of Moroccan activists and break the fast publicly on a beach. Nobody seems to notice. If they do, it's clear that they aren't bothering anybody. Other scenes, however, tell of people even fearful to smoke in the street, or even drink water during strenuous work.

El Fani makes no claim for neutrality in her plea for a secular Tunisian state. She boldly confronts some volatile questions, such as the ban on drinking alcohol in Ramadan, in order to interrogate the element of religion that becomes entrenched on social conventions, and imposed on all regardless of faith. The film does not challenge the doctrine of the religion itself; rather, it states that everyone should be able to practice their faith and their individual beliefs, and pleads that the state simply should not have the right to impose one faith upon its people. Consequently, Neither Allah Nor Master! bravely challenges the laws, mores, and customs of her native Tunisia, and reveals the restrictions and hypocrisies that arise when a nation tries to fuse religion with the state. The subject has the potential to polarize viewers, yet the case is argued so passionately that it will surely spark the debate that El Fani seeks
The film itself has been subject to much controversy. As Nadia El Fani explained when she presented the film at Carleton University, the film has incited a response that validates entirely the argument she makes in the film. When the film first screened, the theatre that housed its premiere was subject to a riot by Tunisian Islamists. El Fani has also faces six charges in Tunisia as a result of her film, including a charge for blasphemy. Although her own circumstances simply accentuate the objective of the film, one should approach Neither Allah Nor Master and see it as an important and necessary portrait of a world in need of change.
Rating: ★★★½ (out of ★★★★★)


Neither Allah, Nor Master! screened at Carleton University on April 4th as part of the Institute of African Studies’ conference “North Africa at the Crossroads: Culture, Identities, and the Politics of Change”.
Posted by Pat Mullen at 4/06/2012 12:59:00 PM