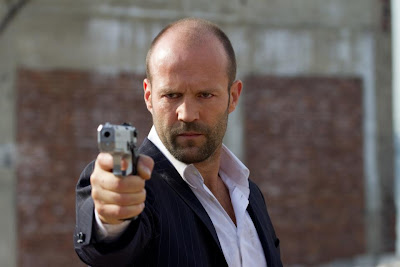 Let the Razzie race begin! Safe is a double-barreled turkey that waddles into the multiplex with both guns a-blazing. It stumbles on its own idiocy, though, and pumps two rounds of lead into its little bald head, thus splaying loads of gobbledygook amidst a half-assed mêlée of gunfire. More in the vein of Guy Ritchie’s Swept Away than of Lock, Stock, and Two Smoking Barrels, Safe is unlikely to delight fans of action star Jason Statham. 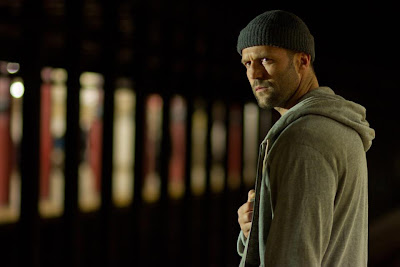 Once fun in Snatch and a badass in The Transporter, Statham is essentially on autopilot here. He stars as Luke Wright, a former boxer who pissed off the Russian mob, lost his wife and kid in the process, and is now on the lam. He might have also been an undercover cop, or some kind of mob affiliate, or a stool pigeon, but that’s never quite clear. He gets even, though, when he saves Mei. Mei is played by Catherine Chan, who, although not quite an alumni of the Thomas Horn School of Acting, proves that roles of dramatic or narrative significance should rarely be afforded to children.

Mei was brought to New York from China under duress by some Asian mobsters (Reggie Lee, James Hong). They want Mei for her mathematical mind, as she can remember all sorts of useful numbers, especially some long list of digits that can open a safe. When Mei gets abducted by the Russian mafia – and this is where things start to get complicated – she refuses to give up the number and then has both mobs after her, as well as a league of dirty cops. 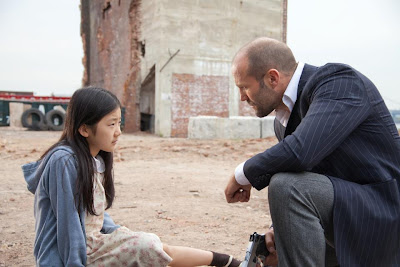 Just before he jumps in front of the subway, Luke sees Mei in trouble. Then, after a ludicrous shootout in the subway, a rumble in the asphalt jungle and a string of unnecessary killings that void Luke of any redemption, Luke befriends Mei. He promises to keep her safe. “Safe” and “safe” – see how clever this film is, eh?

Writer/director Boaz Yakin, unprepared for rough and tough action films with his previous credits of Uptown Girls and Remember the Titans, serves up a catalogue of clichés, hackney-eyed one-liners, and unnecessary racist slurs and stereotypes. Add to this the completely incomprehensible story – Safe makes little sense for such a talky action movie – plus the excessive gaps in logic and holes in plot, and Safe inadvertently morphs from action to comedy. Seriously, this script is so bad that even Nicolas Cage might have turned it down. 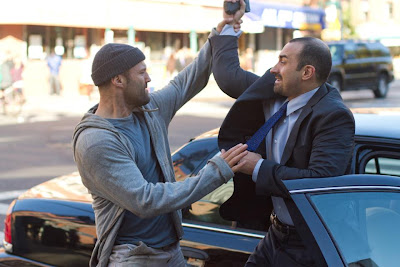 Like a bad host at a terrible party, Safe has nothing to offer. It barely even provides style to compensate for its lack of substance – not that senseless violence is acceptable if it looks cool or pretty, but a film like The Raid shows that an action movie can still be wildly entertaining without having much to it. Safe, on the other hand, looks as terrible as it sounds. The action scenes, for lack of a better word, suck. They are often filmed in a shaky/disorienting style à la The Hunger Games, but the effect feels out of place. Not simply because the style is an utter misfire in this case, but it felt appropriate for The Hunger Games to find some alternate form to convey the teen-on-teen violence, whereas one enters a Jason Statham film for thrilling visceral combat and not some botched attempt at artsy martial arts. Safe also includes a record number of innocent bystanders in its colossal body-count, thus giving Chris Rock some merit in his remark of long ago that a tax on bullets might be the best solution for curbing America’s rate of violent crime.

A true turkey, Safe will surely ride the gravy train from the multiplex to a bargain bin near you. Gobble gobble!