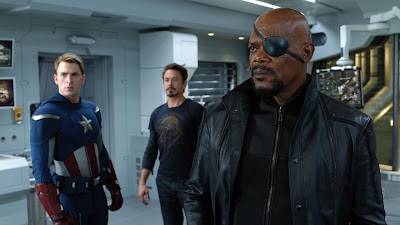 Is Marvel’s The Avengers the best superhero movie ever? Not quite, but it could have been. The Avengers is a powerhouse of popcorn movie escapism, but it has a sense of déjà vu to the fourth degree. 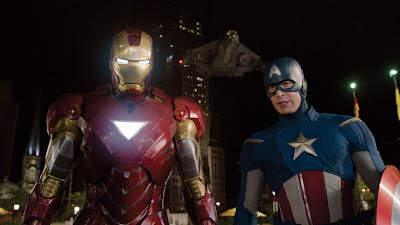 A film many years in the making, The Avengers finally unites some of Marvel’s greatest superheroes onscreen for the first time. The Avengers is certainly the blockbuster it was expected to be: It’s a gigantic spectacle of action-packed entertainment. It’s just too bad that the franchise already churned out two Iron Man movies, two Hulk ones, and both Captain America and Thor last summer, the latter of which I couldn’t even be bothered to see, despite the presence of Natalie Portman and a director credit to Kenneth Branagh. The Avengers is lots of fun, but I couldn’t help but feel like I was seeing it for the umpteenth time. 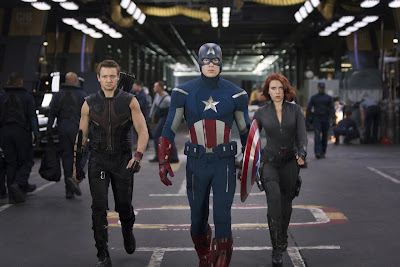 Fans are quickly reintroduced to Tony Stark/Iron Man, played by Robert Downey Jr., who is currently pioneering sustainable energy along with his partner Pepper Potts (Gwyneth Paltrow, fun as always). Also returning to the fight is Captain America (Chris Evans, reprising his role from last year) and, eventually, Thor, played by Chris Hemsworth (also reprising his role from last year). The Avengers are brought together by Nick Fury of S.H.I.E.L.D. (played by Samuel L. Jackson) in an effort to combat Thor’s brother Loki in his quest for world domination. Loki is played by Tom Hiddleston, who is effectively creepy because he brings back memories of War Horse. 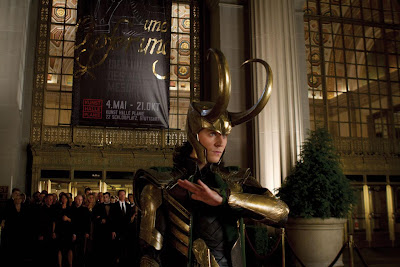 As Nick Fury builds his army to fight Loki, he has a special ally in Black Widow (Scarlett Johansson). Black Widow’s mission is especially personal because Loki corrupted her long-time friend and partner Hawkeye (Jeremy Renner). The Black Widow’s backstory is the only one provided in the quick exposition of the film, since the history of the other Avengers was summed up in the previous films. Last among the Avengers to be reined in by Nick Fury and Black Widow is The Hulk. Hiding in India as his alter-ego Bruce Banner, Hulk is reluctant to join in the fight and unleash his volatile green energy, but he eventually concedes after the proper coaxing from Black Widow. Hulk/Banner is played by Mark Ruffalo, the third actor to assume the role after Eric Bana in Ang Lee’s 2003 bomb Hulk and Edward Norton in the 2008 reboot The Incredible Hulk. The trio of actors suggests that it isn’t easy being green, but Ruffalo makes the best Banner so far in his own modest, bumbly way. On the other hand, seeing another face in the role is one way that the franchise shows signs of strain, despite the best efforts made in this venture. 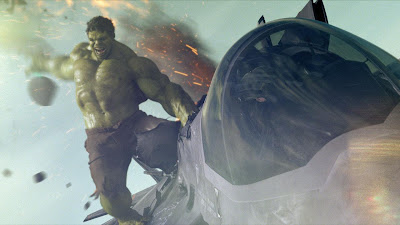 Once they are assembled, The Avengers work together to combat the man who participated in Steven Spielberg’s assault on good taste. The tone feels a little mish-mashy, with the playfulness of the Iron Man franchise often at odds with the cheese of Captain America, although the tension between the two works to the film’s advantage just as often. Likewise, some viewers might find that the new direction of the franchise makes it rather uneven. The Avengers is a bit too Joss Whedon-y for my liking: The Avengers feels more like an extended episode of Firefly than a comic book movie. The franchise always had an element of science-fiction, but there is a bit too much of an extraterrestrial vibe going on here. On the other hand, it’s nice to see a comic book movie that isn’t so dark. There are plenty of corny one-liners to be sure, and Robert Downey Jr. delivers especially well. Much of the pleasure of The Avengers is how much fun the film has with itself. 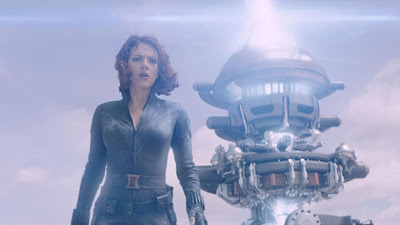 The plot might be incomprehensible, but fans of the comic books and/or previous films will probably enjoy watching the superheroes negotiate their skills and combine their powers for added strength and spectacle. So too will anyone in search of a fun night at the movies. As with the Iron Man movies and Captain America (and I’ll admit that I liked Ang Lee’s Hulk), The Avengers offers the pure thrill of escapism and awesome special effects. The team behind the visuals and the sound design of the film ensure that this is the best Avengers film from a technical standpoint. The thrill and pizzazz of The Avengers makes it a must-see for those in search of entertainment on the big screen. If only the receptiveness of the franchise hadn’t made it seem like the film failed to offer anything new!

The Avengers is currently playing in wide release.