Well, it looks as if Bruce McDonald has finally smoked that big hunk of hash. Being under the influence is probably the only permissible excuse for this unnecessary bastardization of McDonald’s 1996 hit Hard Core Logo. It’s appreciative that McDonald’s opts not to follow the method of “wash, rinse, and repeat” that so many other filmmakers use when they revisit past successes; however, this new rockumentary bears more resemblance to Weekend at Bernie’s 2 than to the original Hard Core Logo.

McDonald’s mockumentary Hard Core Logo was one of the most authentic and innovative films to have been produced in Canada when it debuted in 1996. The film remains one of the most vital Canadian films of all time, having found a second life and an even wider audience after receiving DVD distribution under the banner of “Quentin Tarantino Presents.” While Hard Core Logo is a great film, it hardly leaves one craving more, since the ending is more closed than open. The original Hard Core Logo film ends with the dissolution of the band, and the final shot sees lead singer Joe Dick (Hugh Dillon) blow his brains out in front of Bruce, the filmmaker who is making a documentary about the band.

That filmmaker is played by McDonald himself. Bruce the filmmaker returns in Hard Core Logo 2, even though none of the other members of Hard Core Logo – Billy Tallent (Callum Keith Rennie), Ox (John Pyper-Ferguson), or Pipefitter (Bernie Coulson) – make an appearance. The only other repeat cast member is Julian Richlings as the stuffy record producer Bucky Haight – and thankfully so, since Richlings’ dryly humorous performance is arguably the best thing about the film. Bruce encounters Bucky in an odd coincidence during the filming of his new documentary. 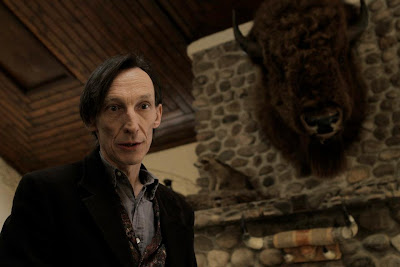 Bruce continues to be haunted by that final shot of Hard Core Logo and wonders if he exploited the onscreen death of Joe Dick. Bruce revisits the legacy of Hard Core Logo when a filmmaker/witch approaches with an offer to make another documentary related to Joe Dick. Rumor has it that the ghost of Joe Dick has possessed the body of Care Failure, the lead singer of Die Mannequin, who resembles a gothic freak show redux of Lady Gaga and acts like the walking dead. Die Mannequin is recording a new album with Bucky at his ranch in snowy Saskatchewan. Bruce watches the group and sees all sorts of parallels between the performance of Care Failure and the antics of Joe Dick. He soon believes that Joe has returned to finish his lost recordings. It’s a preposterous scenario that McDonald uses to explore the remnants of Hard Core Logo. It’s a self-indulgent one, too, since HCL 2 offers little more than the musings of a director who is unwilling to let go of his greatest success. 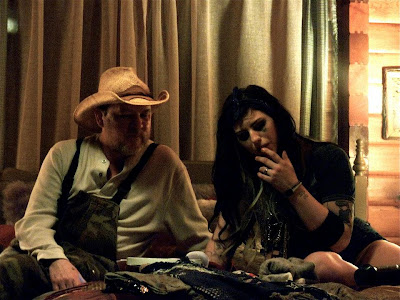 The sad thing is that McDonald trivializes Hard Core Logo by exploiting its legacy in order to sell another movie. The new film honestly has nothing to do with the first Hard Core Logo aside from the title and a forced premise. It all feels like an excuse to play music. It might have worked if it simply offered Bruce the filmmaker making a new rockumentary about Die Mannequin, but the story of Bruce and Care’s haunting by Joe Dick is a little trite and it never really goes anywhere. It doesn’t really seem to say much either, other than to remind audiences of the past greatness of the first film.

The original Hard Core Logo, though, offered a fresh story of a Canadian rock band trying to make it big when one of their members was tempted by the greater offerings of a career in the United States. While the film offered much of McDonald’s appreciative insight into music and the music industry (a quality that still remains in several key scenes of HCL 2 but was done much more effectively in his 2010 film Trigger), Hard Core Logo tapped in to a fundamental concern for Canadian culture: it showed a struggle to remain authentic, a fight to remain true to oneself as an artist in a country where success is largely given to American performers who have greater access to industry tools and a greater ability to reach audiences. The film itself testifies to this struggle, with its cheap grainy film stock offering images of aimless losers goin’ down the road in search of success. While the images of the film aligned it within the legion of previous Canuck road movies, the documentary form took Hard Core Logo a step further by conjuring questions of validity, reality, and objectivity when it came to Canadians putting fellow peers before the camera. 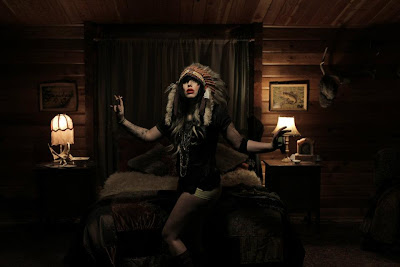 HCL 2 never really seems sure what to do with the documentary conventions, and what results is largely an inconsistent mix of faux observational footage of Die Mannequin and Care Failure spliced with snippets of the original HCL along with some new stuff depicting McDonald floating in a pool as he ponders his film in the making. There is also a Japanese narrator and a talking lynx. Compared to its predecessor, Hard Core Logo 2 seems to have missed the point. It’s just weird for the sake of being weird and meta just for the sake of being meta. Hard Core Logo 2 is simply a disappointing encore to a great show.