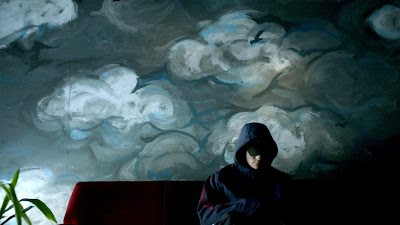 Imagine that you are a mother – or a sister – and your thirteen year old son/brother has gone missing from your neighbourhood in San Antonio, Texas. Over three years go by without so much as a word on his whereabouts. Then, out of the blue, you receive a telephone call from a friendly man who tells you that the boy has been found in a small town in the south of Spain. Overjoyed that the nightmare is over, you welcome the boy back into your life. He looks a little different and he acts a little different, but you remind yourself that growing boys change in their teenage years. He has also been through a traumatic experience, so he is bound to be a little strange. Then imagine that you learn the reason your son/brother is different is because he is actually an imposter.

This scenario is outlined by the title character of The Imposter in the film’s opening scenes. The imposter is actually a twenty-three old French/Algerian man who passes himself off as a missing boy in hopes of gaining a better life in America. The imposter, Frédéric Bourdin, explains that he faked his way to America by presenting himself to the Spanish authorities as a missing American child. He then cons the police into giving him one night before contacting his alleged family. Bourdin then used the opportunity to research missing boys by contacting American authorities himself and by masquerading as a Spanish policeman. Then, in an act of deception akin to that of Keyser Soze, Bourdin presents himself as Nicholas Barclay, a young boy who went missing from Texas three years prior. By learning the facts and by manipulating the situation to his advantage, Bourdin convinces the authorities (both Spanish and American) and even Nicholas’s own family that he is the missing child.

It is a horrifying story, but the imposter is an excellent storyteller. He should be, since he has built a life upon trickery. The imposter is so engaging, so energetic in his delicious account of being the only person to assume the identity of a missing child in America. The charm and audacity of his narrative help one understand how everyone – aside from one cowboy private investigator – was convinced by his performance.

The Imposter uses a form and structure reminiscent of James Marsh’s Oscar-winning doc Man on Wire by blending interviews with the subjects along with dramatic re-enactments. The Imposter also displays an impressive editing job by Andrew Hulme, which carefully structures the footage so that the story becomes more puzzling as it progresses. Hulme and director Bart Layton do a masterful job of withholding information from the audience and then revealing it at just the appropriate moment when viewers are presumably drafting such questions themselves. For example, at one point in the film, the imposter voices a question that is gradually building in the audience’s mind. If the members of the family are so willing to accept this man as Nicholas in spite of the obvious physical and behavioural differences, then just what exactly did happen to Nicholas that might make his family so eager to accept a placebo?

The absurdity of the scenario has more thrill and intrigue than even the most suspenseful Hollywood thriller. Of the dozens of questions raised by the film, the strangest is the mystery of how this imposter managed to execute such a farfetched charade in spite of the overwhelming degrees of plausibility and credibility that should have worked against him. The film ultimately questions our desire to create a happy ending for ourselves, since the family found catharsis by embracing this imposter, but then inadvertently stalemated and complicated the mystery of Nicholas’s disappearance. This well-documented farce essentially shows how human beings are deceptive and depraved, and that anyone who believes in the kindness of strangers is either naïve, desperate, or just plain out to lunch.

For more info on tickets and showtimes, please visit www.hotdocs.ca

For more reviews from day 5 including The Boxing Girls of Kabul, The Mystery of Mazo de la Roche, and Radioman, click here.