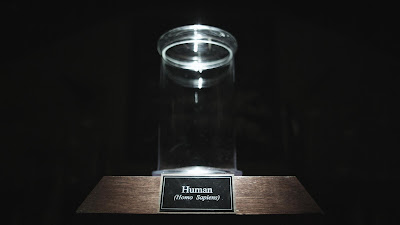 The Louvre. The Tate Modern. The Vatican. They’re all unique places to take the family while on vacation. How many families, though, include a trip to the Icelandic Phallogical Museum while having a stopover in Reykjavik? If Hot Docs has a prize for the most random story of the festival, it would certainly go to The Final Member.

The Icelandic Phallogical Museum houses the life’s collection of Sigurdur “Siggi” Hjartarson. Siggi has been collecting mammalian penises for years. His began collective the organs as a hobby, displaying them around the house for guests to see. When the collection grew too big, he opened The Icelandic Phallogical Museum. It’s sort of a tribute to evolution and to biology.

As Siggi explains, his collection offers a phallus of almost every member of the mammalian class. They come in all shapes and sizes: the biggest one in the collection belonged to a sperm whale, while the smallest was part of a common hamster. The house also features an assortment of wooden novelties made by Siggi himself, including a penis salt shaker and penis-shaped mini-bar. Despite his impressive collection, Siggi is dissatisfied because his collection is incomplete, for he lacks one mammalian member: a human penis.

Siggi explains that he needs a man’s penis on display in the museum so that the entirety of the mammalian class can be complete. It’s an awkward position, though, since the taboo of discussing parts in public makes it difficult to solicit for an available organ. One also can’t simply hack one off a corpse without consent, and no donor has been willing to expose himself in Siggi’s museum.

Siggi finally gets a break when a ninety-five year old lothario promises his famed Icelandic penis to Siggi’s collection. Páll Arason is an Icelandic journeyman who claims to have slept with nearly 300 women. He even keeps a journal of all his conquests. Prostitutes don’t count, though, he explains, so the number is probably much higher. Extremely satisfied by Páll’s offer, Siggi signs a contract and basically waits for the man to die so that he can collect.

When story of the final member breaks, however, Siggi receives contact from an American named Tom. Proving that everything is bigger and better in Texas, Tom offers his penis, named Elmo, as a superior specimen. When Siggi explains that Páll has already signed a contract, Tom says that he is willing to take the competition further: Tom volunteers to have his penis surgically removed in order to be the first human specimen. The film creates a humorous race between Páll and Tom: the older man becomes anxious as his penis withers away with old age, while the younger, more robust Tom cannot wait to prove his manhood by becoming a eunuch.

It could have resulted in a farcical case of penis envy, but The Final Member uses the competition of Siggi’s collection to offer an impressive analysis of society’s conception of masculinity and its treatment of sexual taboos. For example, the film suggests that previous societies were more open to discussion of sexuality, especially as it pertained to women. Siggi includes this element within his collection: a fan of folklore, Siggi uses the tale of the “legal limit” as a clause for donation. An old tale tells of a dissatisfied housewife who decreed that anything less than five inches is grounds for divorce. Siggi requests that Páll and Tom prove that their manhood reaches the legal limit, which includes a hilarious sequence that shows of a British news program that made a disastrous plaster of Paris mould of Páll genitals. Every man in the audience is sure to squirm in his seat. One needn’t worry about Tom, though – he already had a model of Elmo.

The Final Member is riotously funny and refreshingly frank. The premise of the film is so ridiculous that one can’t help but chuckle throughout, but rather than encourage an immature giggle, The Final Member makes ample headway in inviting openness in talking about sexuality. A Canadian documentary about a penis museum? The NFB certainly missed the boat on this one, lol!

The Final Member screens with the short film Manhood (Canada; Dir. Shawna Steele), which tells of a young man who broke his penis during some hot vacation sex with his girlfriend. Manhood offers some comical testimony, not to mention some smart cutaways to shots of vegetables being snapped in half to underscore the hilarity of the story; however, the final note of the film almost offers a regressive step in terms of constructing images of masculinity and gender. Thankfully, though, the film is well-paired with The Final Member, which shows that masculinity equals a lot more than just rough sex.